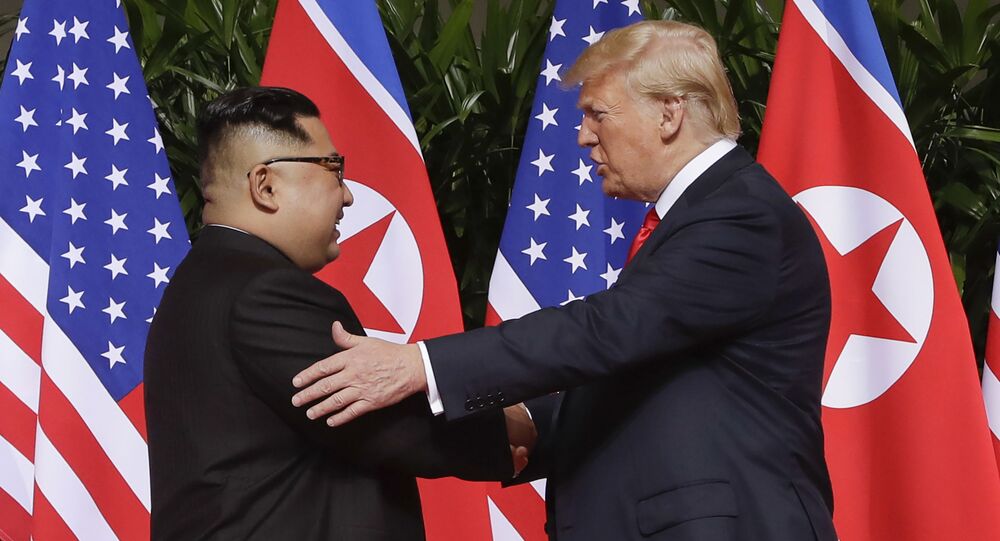 Bob Woodward is a veteran Washington Post reporter who became famous after shedding light on the Watergate scandal in early 1970s that caused former US President Richard Nixon to resign.

In the wake of his second book on US President Donald Trump, titled "Rage", noted journalist Bob Woodward promised to expose “25 personal letters exchanged between [Donald] Trump and North Korean leader Kim Jong-un that have not been public before”.

"Kim describes the bond between the two leaders as out of a “fantasy film, as the two leaders engage in an extraordinary diplomatic minuet", the book's Amazon page says, touting "Rage" as a "foundational account of the Trump presidency, its turmoil, contradictions and risks".

"Rage", a sequel to Woodward's 2018 "Fear" that topped bestseller lists, is scheduled to come out on 15 September, from a reporter who, along with Carl Bernstein, exposed the Watergate scandal that cost Richard Nixon his presidency.

Trump was not interviewed for "Fear" - which the president labeled as "piece of fiction" based on "phony sources" - but this time, he revealed that he had spoken to Woodward and characterized him as "a very good writer".

For "Rage", Woodward made "hundreds of hours of interviews with firsthand witnesses", one of whom appears to be John Down, Trump's lawyer from the period of the Mueller investigation into alleged "Russian collusion".

“In the man and his presidency Dowd had seen the tragic flaw,” Woodward wrote. “In the political back-and-forth, the evasions, the denials, the tweeting, the obscuring, crying ‘Fake News’, the indignation, Trump had one overriding problem that Dowd knew but could not bring himself to say to the president: ‘You’re a f**king liar.’”

Simon&Schuster, the book's publisher, promised that "Rage" will be going "behind the scenes like never before".

"At key decision points, Rage shows how Trump’s responses to the crises of 2020 were rooted in the instincts, habits and style he developed during his first three years as president", Simon&Schuster teased.

The publisher has released other books on Trump that do him no favors, including John Bolton's "The Room Where It Happened", or "Too Much and Never Enough: How My Family Created the World's Most Dangerous Man" by niece Mary Trump.  Trump argued that both books revealed "classified information" and sought to use the courts to obstruct their release.