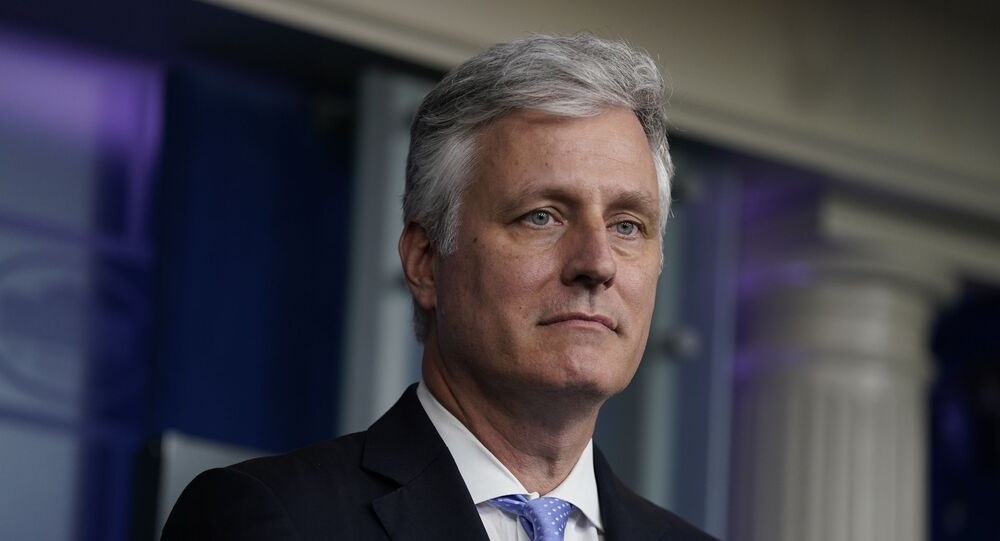 The US official spiked further tensions with China amid a last-ditch effort to counter Beijing in the two nations, damaging relations with Asian neighbours, Chinese embassies in the two countries said.

The Chinese embassy in Manila slammed US national security advisor Robert O'Brien for what it calls “stirring up trouble in the South China Sea” and “provoking a rift between China and the Philippines”, media reported on Tuesday.

According to the Manila embassy, Washington was “not to promote regional peace and stability, but to create chaos in the region" for US self-interest.

“In recent years, to safeguard its regional and global hegemony, the US has regarded itself as ‘patron’ and ‘judge’ of regional countries and directly intervened in the South China Sea and other issues,” the statement said.

It added US officials had “fanned the flames everywhere" by stirring up confrontation and interfering with Chinese efforts to peacefully negotiate and managed disputes with Asian neighbours, among others, "seriously" undermining regional security.

The statement comes just hours after the Chinese embassy in Hanoi warned the US official of escalating tensions further on issues such as the South China Sea and Mekong River, two disputed regions in Southeast Asia.

“The US is not a party to the South China Sea dispute … but has been openly interfering in the South China Sea issues under the name of safeguarding stability … and ‘freedom of navigation’. Its purpose is never to help regional countries to resolve dispute but to maintain its hegemony in the region," it said as quoted by the South China Morning Post.

Mr O'Brien's surprise tour of Vietnam and the Philippines reaffirmed Washington would back the two nations in maritime disputes on Beijing's allegedly "incredibly aggressive" actions in the South China Sea.

He also confirmed $18m USD in missiles Trump pledged to the Philippines in April, Philippines foreign secretary Teodoro Locsin said as cited by the SCMP.

The news comes after O'Brien stepped in for Trump at the East Asia Summit, hosted by Vietnam and held by 10 ASEAN nations and leaders from China, Russia and Japan, with the former accusing China of threatening "peace, stability and sovereignty" in the Mekong river basin and South China Sea, without going into detail, a White House statement said.

But China has criticised the US for anti-China quad talks and has slammed US secretary of state Mike Pompeo for "maliciously" creating confrontation in the region, it was reported.

A spokesperson from the Chinese embassy in Tokyo said in October that the US should abandon its "Cold War mentality and ideological prejudice" and treat regional relations with China "in a constructive manner".

The comments come after Pompeo said in an interview with Japanese media that a "forceful" response was needed, adding that India, Australia and Japan should form the four-nation alliance to counter Beijing.

© REUTERS / HANNAH MCKAY
US To Form Western Pact, Launch Further Restrictions To Counter Beijing Amid Major Push In Trade War
Washington also stated plans to form a coalition of Western nations on Monday aimed at countering reciprocal trade measures from Beijing amid the ongoing US trade war on China, stating it would back affected nations.

The US said it would offer assistance for exports after Australia was hit with agricultural tariffs numerous products such as beef, barley and wine, among others.

The comments come days after China inked the Regional Comprehensive Economic Partnership (RCEP) with 14 regional nations, including Australia, Japan, New Zealand, South Korea, Vietnam and the Philippines, among others.