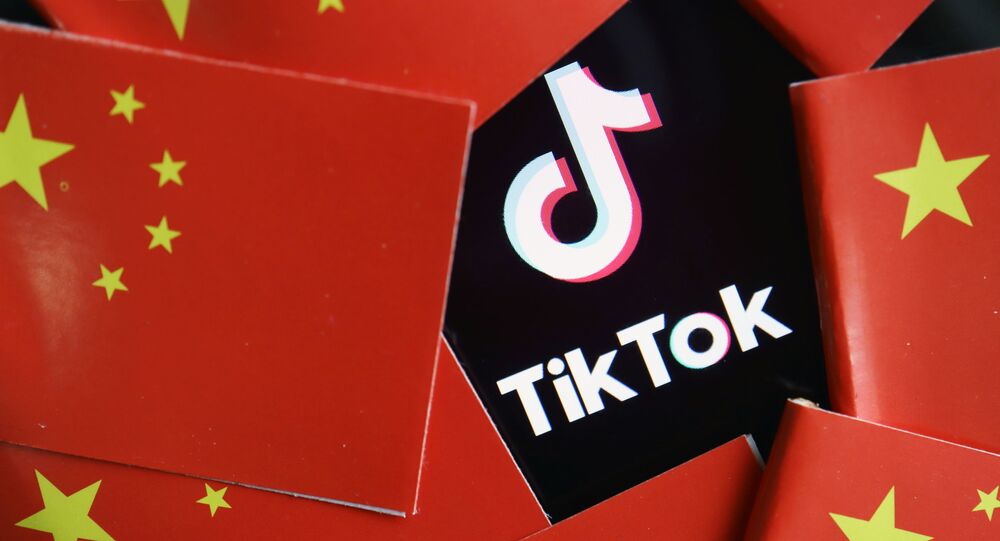 BEIJING (Sputnik) - Beijing has urged Washington to refrain from setting an example that other countries could follow against US businesses by demanding that video-sharing platform TikTok be sold to an American corporation, as the US could otherwise fall victim to similar circumstances, Chinese Foreign Ministry spokesman Wang Wenbin said.

"Following the US' erroneous logic, any country can take similar measures against any American company under the pretext of protecting national security. The US should not open Pandora's box, otherwise, they will reap the bitter fruits themselves", Wang said at a briefing.

The spokesman also called on Washington to take heed of the international community and the US public and to not politicise economic issues but provide an open, non-discriminatory, free investment and business environment for companies.

On Monday, US President Donald Trump said during a meeting at the White House that he has set 15 September as the deadline for TikTok to be bought by an American company, such as Microsoft, or close down.

In early July, US Secretary of State Mike Pompeo said that the Trump administration was considering a ban on access to the TikTok app over privacy concerns. The social network claims user data is safe and not shared with the Chinese authorities. Meanwhile, Beijing has called on Washington to stop using government mechanisms to pressure Chinese companies.

Earlier this week, Microsoft said that it planned to finish negotiations with ByteDance, TikTok's parent company, on the purchase of the Chinese-based video-sharing app by no later than September 15. According to Microsoft, TikTok will be subject to a complete security review and all the private data of TikTok’s US users will be transferred to the United States in order to ensure transparency and government oversight.