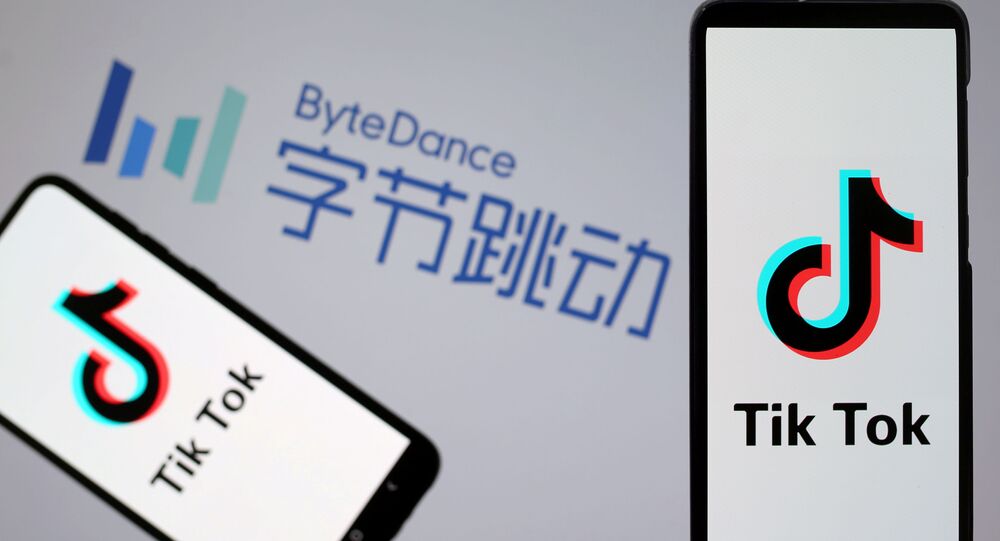 President Donald Trump has reportedly approved a 45-day window for the Chinese firm ByteDance to agree to sell its now popular app TikTok to Microsoft Corp.

The CEO of the Chinese firm ByteDance, the manufacturer of the wildly popular short-video app TikTok, has told employees in an internal letter that Washington's primary goal was not to force the sale of the app, but rather ban it altogether, according to a source cited by Reuters.

Mentioning the anti-China sentiment that "has risen in many countries in the last two years", the tech firm's founder and head Zhang Yiming said current circumstances mean the company should anticipate more difficulties in the foreseeable future.

The letter, which was reported by Chinese media and confirmed by the source, was sent only to ByteDance's Chinese employees after news that ByteDance was negotiating sale of parts of TikTok to Microsoft Corp prompted online criticism of the firm and its top management.

President Donald Trump has meanwhile purportedly approved a 45-day window for ByteDance to agree to sell TikTok to Microsoft Corp, according to three people familiar with the potential deal, as quoted by Reuters. The time frame is expected to serve as a transition period for Microsoft to develop technology for TikTok that will be completely separate from ByteDance, one of the sources explained the other day.

US officials have continuously argued that the social media platform TikTok under its Chinese owner could pose a threat to the country due to the specifics of the personal data it handles in its operations.

The major task is understood to be separating TikTok's technology from ByteDance's infrastructure and access, so as to effectively alleviate the US's growing concerns about the integrity of personal data.

The valuation for the app by ByteDance, which earlier complained about facing problems when attempting to go global, has climbed above $50 billion, although US pressure to divest it could lower the price, a Reuters report from last week has it.

POTUS said on Friday he was planning to completely ban TikTok in the United States after ditching the idea of its acquisition by Microsoft. However, he is understood to have had a change of heart following debates on the matter with fellow Republicans. One of the sources shared with the media that many in the GOP believed that putting an outright ban on the social network would alienate crowds of young TikTok users ahead of the US presidential election in November, and could in all likelihood carry certain legal issues.

Separately, it has emerged that the media platform in question is set to relocate its headquarters from Beijing, where ByteDance is based, to London in a deal inked with Downing Street, The Sun reported on Sunday.