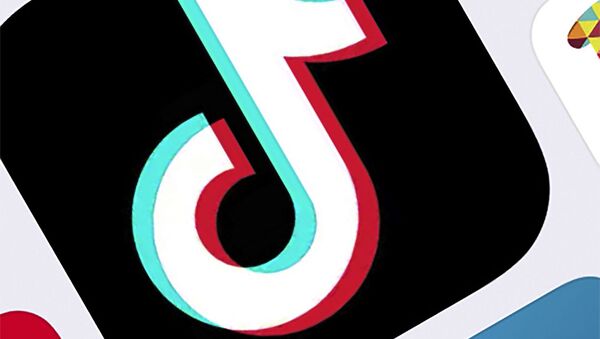 © AP Photo / File photo
Subscribe
Microsoft on Sunday revealed that it is in talks to buy some operations of Chinese video app TikTok after US President Donald Trump said late last week that he plans to ban the app from the US. Such a ban would be an act of “economic gangsterism,” John Ross, a senior fellow at the Chongyang Institute, Renmin University of China, told Sputnik.

“It’s very interesting in the sense that it shows all this stuff about the free market is complete hypocrisy, because when American firms are defeated in free, fair competition, then they try to call in the state to snuff out the competitors. It’s a very interesting insight into the way the US really operates,” he said.

In a blog post on Sunday, Microsoft revealed that it is in talks to purchase TikTok’s operations in the US, Canada, Australia and New Zealand.

In recent weeks, the Trump administration has expressed increasing concern that the Chinese government is using TikTok, developed by Beijing-based ByteDance, to access users’ private data, a claim that has been denied by the company. Earlier this month, US Secretary of State Mike Pompeo revealed that the administration is “certainly looking at” banning the app.

“What’s going on is that the myth that China is some sort of repressive society incapable of innovating turns out to be complete rubbish. It turns out that what China has developed is probably the world’s most popular app for people basically in their teens and early 20s … it shows that China is developing an app which has got great appeal to people. This is terrifying to the US. This is the second time within a few months that the US has been technologically defeated. It’s been technologically defeated in [Chinese telecommunications giant] Huawei. The US doesn’t have a competitor to Huawei,” Ross explained.

The US has continued to pressure its allies to block Huawei from their wireless networks. With Huawei leading the field of 5G mobile broadband technology, the US has also been racing to develop its own 5G technology and has repeatedly claimed that Huawei’s equipment could be used to spy for the Chinese government.

The US “can’t win [against] China in free competition,” Ross pointed out.

“[China] has a combination of a state sector which is very powerful and which can prevent the economy going through slumps,” he explained. “For example, going through the COVID-19 crisis at the present time, the latest data on Chinese industrial production is the best for many decades. China is coming out of this COVID crisis much, much better than the US, and this is primarily due to the power of the state sector in China. Because if there’s a downturn in the economy, the state sector can be mobilized in order to counteract that and go upwards and combine that with innovative, in many cases, private companies. And the two work together in a synchronous way.”

“And this system is much, much more efficient than the free market … That’s why the US doesn’t dare have peaceful competition with China.”

000000
Popular comments
Ross is absolutely correct and I can pretty much guarantee you that Farcebook is behind the push against Tik Tok. Of course, the US alphabet agencies want to modify the code so that they have more avenues of spying on their citizenry.