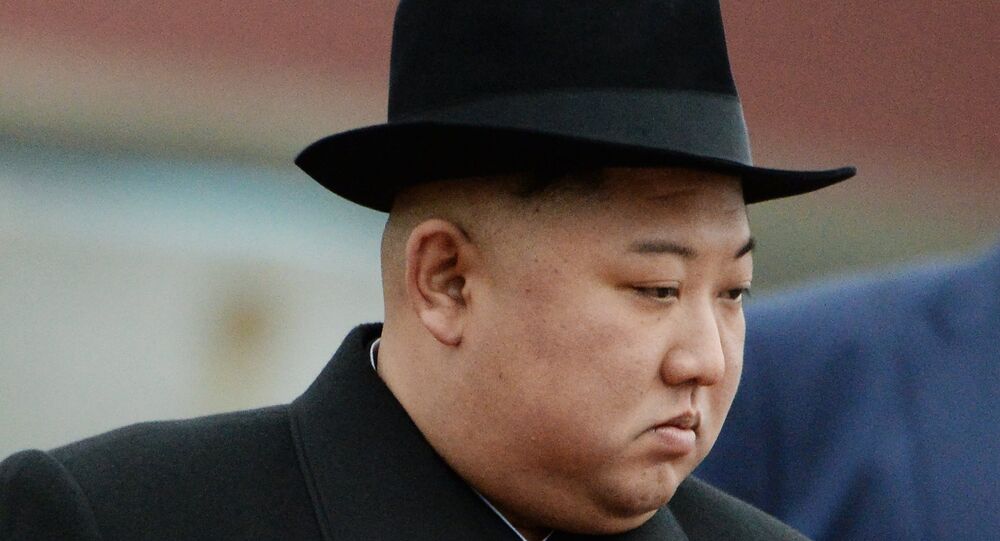 The North Korean leader’s lack of appearances in public since early April, combined with media speculation, has led to the circulation of a bevy of rumours regarding his health, with some reports alleging that Kim is recovering from heart surgery, while others have gone so far as to suggest that he has become a vegetable or even dead.

“Our government position is firm,” Moon said, speaking to CNN on Sunday. “Kim Jong-un is alive and well. He has been staying in the Wonsan area since April 13. No suspicious movements have so far been detected.”

Rumours regarding Kim’s well-being began swirling last week, after he missed public celebrations of the anniversary of the birthday of Kim Il-sung, his grandfather and founder of North Korea, on April 15.

The rumours spread to Western media following reports by CNN and Daily NK, a South Korean-based English-language online newspaper funded by the National Endowment for Democracy, that Kim was in “grave danger” after undergoing heart surgery.

US president Donald Trump, who has established a rapport with Kim amid ongoing discussions about North Korea’s nuclear weapons programme, first wished him well, but later called CNN’s report “incorrect” and based on “old documents.”

Moon’s comments to CNN follow a trend of calm, measured statements by South Korean officials regarding Kim’s health amid media speculation. Last week, a senior official from the South Korean president’s residency told Chosun Ilbo that Kim was “believed to be staying outside of Pyongyang with his close relatives and…performing his duties as usual.”

On Saturday, Washington-based think tank 38 North posted satellite images purportedly showing Kim’s presidential train parked at the Wonsan resort area in the east of the country between April 21 and April 23. The Wonsan complex is believed to be Kim’s main residence outside Pyongyang.

North Korean media issued a statement Sunday saying Kim had “sent appreciation” to workers taking part in the building of the city of Samjiyon. Last week, the Korean Central News Agency reported that Kim had received a congratulatory telegram from Russian Communist Party secretary-general Gennady Zuganov on the one year anniversary of his 2019 visit to Russia. On April 22, the KCNA said Kim had replied to Syrian President Bashar Assad, thanking him for his congratulatory message sent on the occasion of Kim Il-sung’s birthday.

Kim’s disappearance from the public is not the first time he has gone off the grid. In 2014, he disappeared for 40 days, with the media rumour mill raising similar concerns regarding his health as they have this time around.