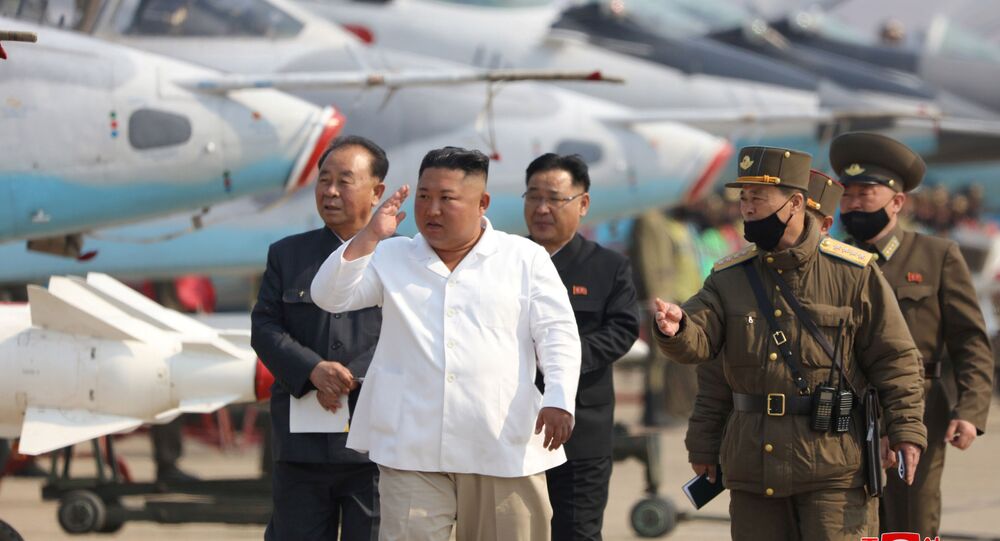 As the world mulls Kim Jong Un's health, with some suggesting that the leader of North Korea may be dead, guesses continue to be fueled by reports of Kim's alleged heart surgery and his disappearance from high-profile official events.

The state radio of the DPRK reported on Sunday that Kim Jong Un had expressed "appreciation" for workers taking part in building the city of Samjiyon amid speculation on the leader's health and possible demise, according to the South Korean state-run news agency Yonhap. There was no elaboration, however, on his health conditions or on Kim's public activities.

"Comrade Kim Jong-un sent appreciation to workers earnestly and wholeheartedly supporting in furnishing Samjiyon. Workers are in burning passion to earnestly contribute to the construction of a socialist powerhouse without forgetting about the party's trust and expectation for any moment", the state radio said, cited by Yonhap.

On Thursday, Pyongyang's Korean Central News Agency (KCNA) reported that Kim had received a congratulatory telegram from the head of Russian Communist Party, Gennady Zuganov, on the anniversary of leader's visit to Russia.

No details regarding Kim's whereabouts or health conditions were given.

Other state media in North Korea did not report on the leader's activities, and no new photos of the leader have been published, according to Yonhap. His most recent photo appeared on KCNA alongside reports of Kim's inspection of air defence forces in the western part of DPRK on 12 April.

Speculation on Kim Jong Un's health began earlier in the month, when CNN reported that he had undergone surgery and was said to be in "grave danger". Kim did not appear at the high-profile annual celebration of his grandfather's birthday, a major and important occasion in North Korea. New reports followed speculation suggesting that the leader might be dead.

The allegations have not been confirmed by North Korean officials.