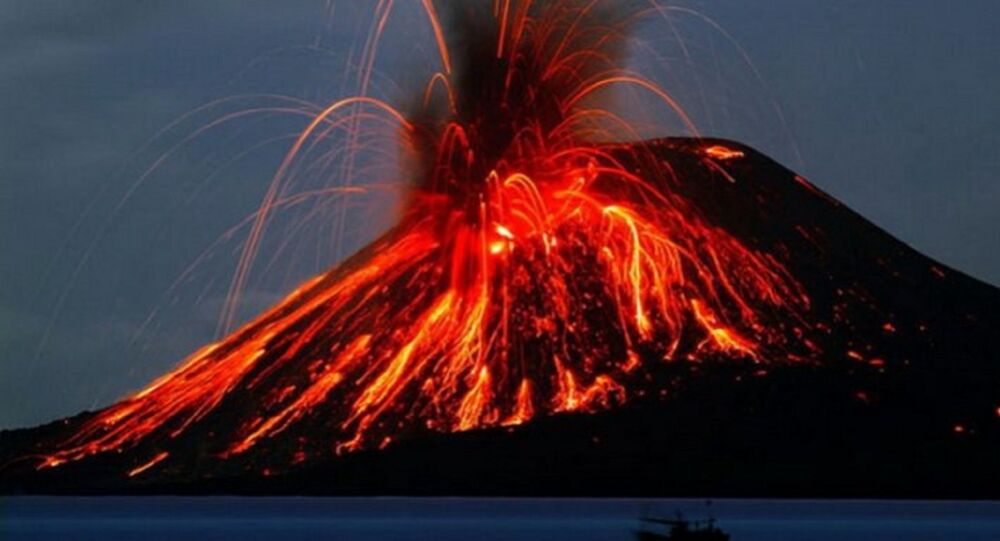 The eruption was said to be the biggest since December 2018, when an explosion by the volcano triggered a 150-metre-high tsunami that killed four hundred people in Sumatra and devastated a nearby uninhabited island.

The Indonesian volcano Krakatoa, also known as Krakatau, erupted on Friday, forcing an ash cloud 14 kilometres into the air, according to Newshub.

The eruption of the famous volcano, located between the islands of Java and Sumatra in the Indonesian province of Lampung, reportedly began an 10:35 p.m. local time (3:35 PM Saturday GMT).

“Krakatau is erupting nonstop for 2 hours,” one social media user posted. “I live in bogor and I can hear the noises as clear as everybody else hear. This feels like a nightmare”.

Krakatau is erupting nonstop for 2 hours 😭 I live in bogor and I can hear the noises as clear as everybody else hear. This feels like a nightmare. I hope everyone live near the eruption will be safe 🙏🏻 aamiin pic.twitter.com/8hz3gr6Vuh

Local residents in neighboring areas said that the explosion of the volcano could be heard far away.

No deaths or injuries have been reported.

Krakatoa’s largest eruption in modern times took place in 1883. The enormous blasts made a sound that was heard hundreds of miles away, formed a tsunami that towered 42 metres high in some places and created an ash cloud 80 km (260,000 ft) tall that darkened skies around the Earth for several years. An estimated 36,000 people lost their lives in one of the largest recorded volcanic explosions in the last thousand years.

After the non stop eruption of the Merapi volcano, now Anak Krakatoa volcano erupted too, with ash to 47,000 ft altitude. Indonesia is having a tough time. https://t.co/NEof4vBlFO pic.twitter.com/qZgGMJfnFW

Not Bad For a Start! France’s Peak of the Furnace Volcano Erupts For First Time in 2020 – Video