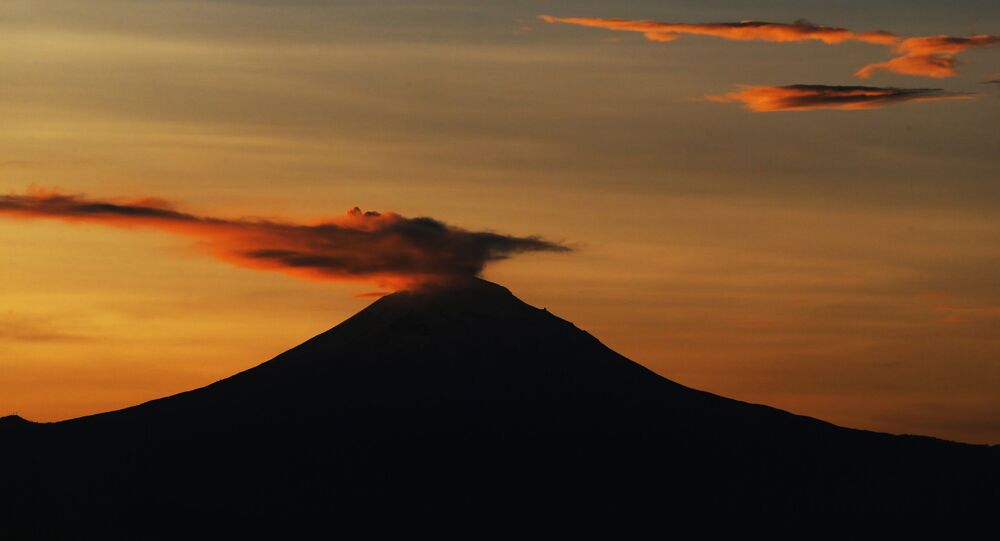 A white object was earlier spied disappearing into the mouth of Popocatepetl volcano, near Mexico City, with the sighting captured on webcams which monitor El Popo round-the-clock.

Conspiracy theorists are reveling in recently reported UFO sightings near one of Mexico's largest volcanos, Popocatepetl.

In the video, uploaded to YouTube by Esmeralda Martinez, a white object is seen heading towards the mouth of “El Popo” near Mexico City and then slipping out of sight, unleashing a host of theories about “aliens” using it as a “base”.

The sighting was made on webcams which constantly monitor the 5,426 metre tall volcano. The authenticity of the footage has not yet been verified.

“This is a great discovery of several UFO around the famous Mexican volcano Popocatepetl.

​The dedicated hunter of all things extraterrestrial continues:

The current claims of El Popo being home to “extraterrestrials” are not new, as last year a video from YouTube channel UFO Mania contained footage of a “bright, curved light” moving up the side of the volcano before suddenly disappearing.

At the time, Waring had said of that sighting:

“Here is an amazing sighting of a boomerang UFO coming out of a volcano in Mexico. The UFO slowly moves up from the side of the volcano, glowing powerfully as it continues to rise and disappear above the volcano. This is 100 per cent proof that there is an alien base 5km below this volcano as many UFO researchers and myself believe.”

Popocatepetl, 70 kilometres away from the capital Mexico City, is the second largest volcano in North America, and isn’t viewed as a threat by experts, who cite it’s usually dormant nature, despite its eruption in 2017, when it sprang to life for the first time since 2000, spurting a three-kilometre jet of ash into the sky.