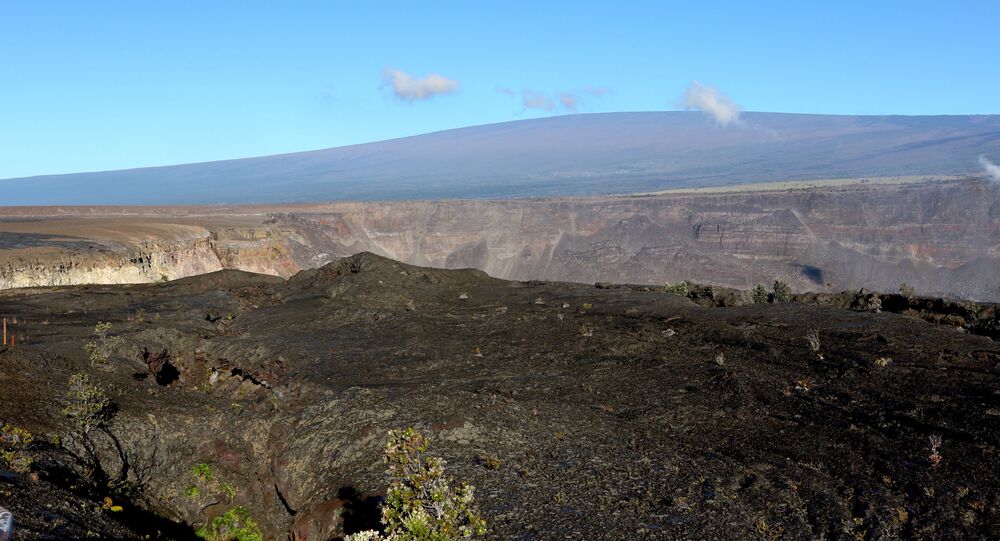 The Island of Hawaii, the largest and southeasternmost of the Hawaiian Islands, became a headache for its new US owners at the turn of the 20th century amid constant eruptions of its volcanos, which posed a threat to both people and property.

A hiker has discovered a pair of unexploded bombs while hiking the slopes of the Mauna Loa volcano, the largest of the five volcanos which dot Hawaii’s main island.

The rusted-out munitions are thought to have been dropped on the volcano some eighty years ago – in late 1935, when the US Army Air Corps pounded Mauna Loa with some twenty 600 pound bombs as the volcano erupted in an attempt to divert its lava from Hilo, the island’s most populous town. Along with the big bombs, the Army Air Corps dropped twenty more ‘pointer bombs’ to help aim.

The operation, carried out by George. S. Patton, the army general who would go on to lead US troops in the Mediterranean and European theatres in World War II, took place on December 27, 1935, and was deemed to be a major success, seemingly stopping the lava in its tracks. The operation was repeated in 1942 during a second eruption.

However, whether the bombing was successful or not has since become a matter of debate, with a scientific investigation conducted in the late 1970s concluding that the shift in lava flow following the bombing “must be considered a coincidence.”

To alter its course, Jaggar asked for aerial bombing of a Mauna Loa lava flow in 1935. As a lava diversion, it wasn't very effective. Work continues on improving methods to forecast lava flows and communicate hazards. #HVO #VolcanoWatch, https://t.co/4J5b5BitI1. pic.twitter.com/C6z8qEir2R

The pair of bombs was discovered by Kawika Singson, a local hiker who found the munitions inside a hollowed-out lava tube.

“Half of the bomb was embedded in the lava, and I was thinking ‘where is the other half?’,” Singson said, according to Hawaii News Now. “I went in it and that’s when it really hit me. I saw the front end of the bomb sticking out of the ceiling of the lava tube. The bomb was fully intact,” he added.

Singson found the second bomb about 50 feet (15 meters) away, and counted a total of ten bombs within a hundred yard radius.

The hiker informed Hawaii’s Department of Land and Natural Resources, with the department said to be working with the military to work out a plan on how to dispose of the munitions.

Anomalous Blobs of Matter Hidden Under Africa, Pacific Could Drown Earth in 100 km Layer of Lava