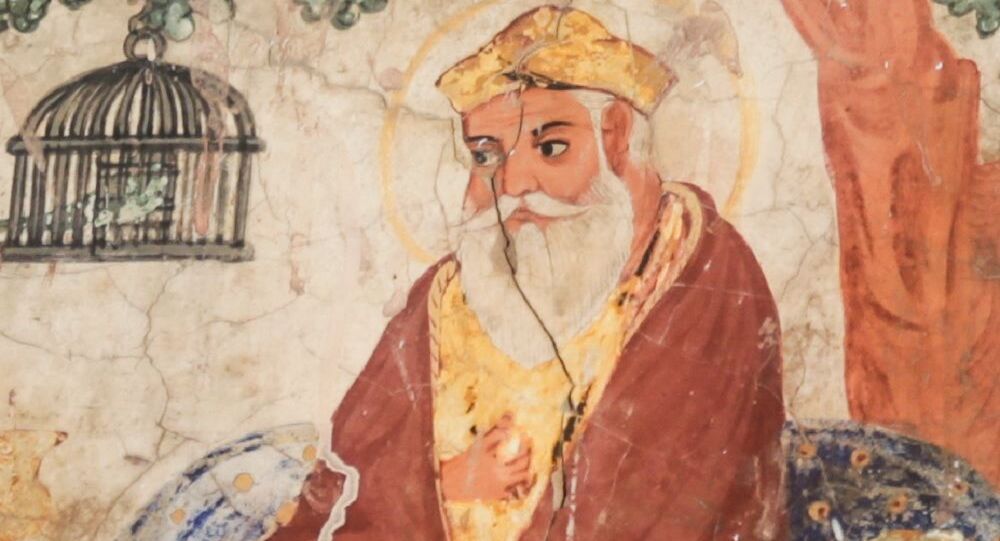 New Delhi (Sputnik) Pakistan is imposing a $20 service charge on pilgrims who will visit Kartarpur. The country is expected to earn the equivalent of an additional $365,000 annually from these proceeds.

Ahead of the opening of the Kartarpur Corridor, a 4.7-kilometre road connecting the Sikh shrines of Dera Baba Nanak Sahib in India,  and Gurdwara Darbar Sahib Kartarpur in Pakistan, the Pakistan government has issued a commemorative coin to mark the 550th birth anniversary of Guru Nanak Dev.

​This comes a week after India and Pakistan signed an agreement to open the Kartarpur Corridor for Sikh pilgrims to visit Gurdwara Kartarpur Sahib.

Images of the coin soon went viral on social media, with the Twitterati responding with mixed reactions.

While most people appreciated the move and speculated about ways to get the coin, a segment of netizens raised questions about the security of minority communities in Pakistan. There were also speculations about whether Pakistan will be issuing additional coins commemorating other Sikh gurus like Guru Teg Bahadur and Guru Arjan Dev, who were killed by Mughal emperors.

Hoping to see sone coins issued in the name of

Guru Arjan, the fifth Sikh guru, killed by the banks of the river Ravi, facing the Lahore fort, on the orders of Jahangir.

What does it say on the back in Urdu ?

Don't just mint coins....Protect the minority sects in pak. otherwise nothing you do is of relevance.

Extremely rich, coming from a country that idolizes mughal kings Jahangir & Aurangzeb who gave painful deaths to the heirs of Guru Nanak’s ideology. Guru Arjan dev, burnt to death and Guru Teg Bahadur, beheaded. Let that sink in. You can either love mughals or gurus. Take a pick.

If we were that much sympathetic towards Sikhs earlier, there wouldn't be any partition of Punjab

I am equally astonished and confused for Why were Sikhs kicked out in 1947 at first place?
So much of graciousness shown now, Why ?
Which Sikh would have forget "Thoha Khalsa" (whosoever doesn't know, must google it)?
मेरी समझ से बिलकुल परे है ...

​Sikhs are a minority in Pakistan but have many cultural, political and historical ties to the country. Pakistan's Kartarpur, which means 'place of God' holds significance for Sikhs as it was established by the founder of Sikhism Guru Nanak and here, people, irrespective of their religion or caste, live together.

After his travels for about 20 years, Guru Nanak settled in Kartarpur with his family and stayed there. At the location Guru Nanak is believed to have died, the Gurdwara Kartarpur Sahib was built.

Despite all the promises of the Imran Khan-led Pakistan government to protect minorities, incidents of the mistreatment of Sikhs and other minorities have come to the fore. Several instances were reported where Sikh girls were abducted and married off to Muslims.