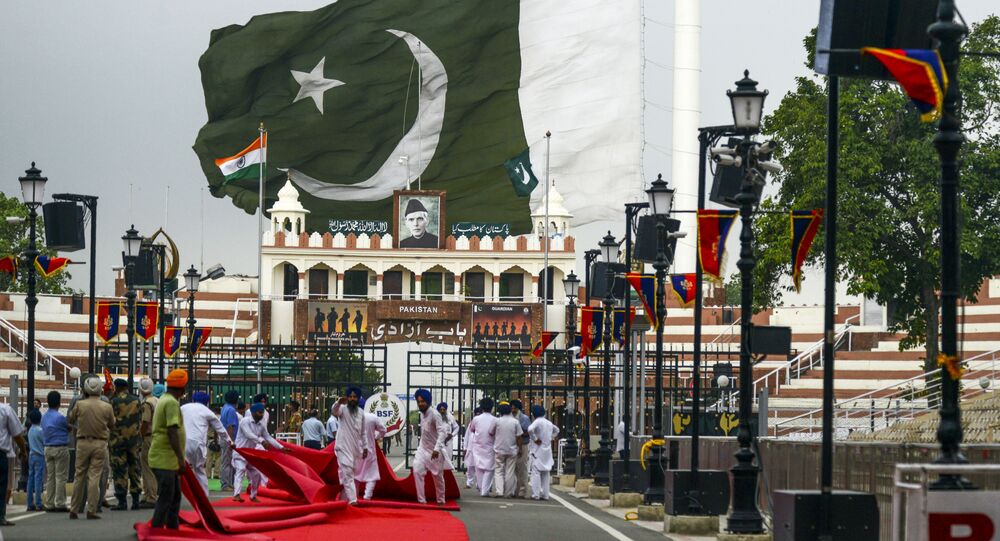 New Delhi (Sputnik): As India and Pakistan traded accusations following New Delhi’s decision to strip Jammu and Kashmir of its special status and split the state into two federally administered territories, speculations abounded that the construction of a corridor to connect two Sikh shrines on either side of the border would also be suspended.

India and Pakistan had announced that the Kartarpur Corridor would be completed before the 550th birth anniversary of Guru Nanak, the founder of the Sikh faith, in November 2019. The construction of passenger terminal and highways are in full swing on either side of the international border.

The corridor would link two shrines considered holy for the Sikh community in Pakistan’s Kartarpur, the final resting place of Guru Nanak, as well as in India’s Gurdaspur district. Both shrines are situated only three kilometres away from each other, across the international border.

Islamabad has on Wednesday announced the suspension of trade and diplomatic relations with India; on Thursday, it decided to suspend a train service linking New Delhi and Lahore, as the crew "refused to go to India".

New Delhi had on Thursday expressed regret over Islamabad’s unilateral decisions and wanted it to review them to preserve normal channels of diplomatic communications.

“The intention behind these measures is obviously to present an alarming picture to the world of our bilateral ties. The reasons cited by Pakistan are not supported by facts on the ground,” said a statement by the Indian External Affairs Ministry.

New Delhi stated, Islamabad has been utilising the negative sentiments in Jammu and Kashmir to justify its cross-border terrorism. It said, the legislative changes would bring in developmental initiatives that could address any disaffection in Jammu and Kashmir.

India said any attempt to interfere in the sovereign affairs of the country “by invoking an alarmist vision of the region will never succeed.” The amendment to Article 370 of the Constitution and division of the state are entirely the internal affair of India, it added.

Kashmir has been a bone of contention between rivals India and Pakistan since they gained freedom from the British rule in 1947. They ruled it in parts, but each claim the entire region as theirs.

The countries have fought three wars, two over Kashmir. India and Pakistan also had an armed conflict in the region of Jammu and Kashmir in 1999.