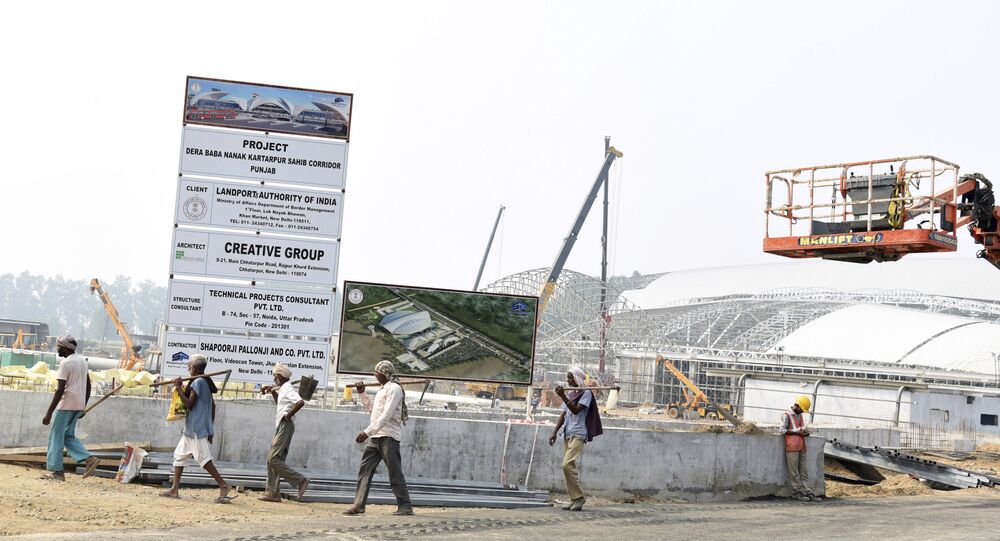 New Delhi (Sputnik): Even with an abundance of cultural resources, Pakistan has been ranked 121 of 140 participating countries on The Travel & Tourism Competitiveness Report 2019 by the World Economic Forum.

Pakistan and India's diplomatic relations are consistently nose-diving since a Pulwama terror attack in Jammu and Kashmir, followed by a dogfight between the two countries and, most recently, the abrogation of special status for the Indian state of Jammu and Kashmir.

Despite tensions between the neighbouring countries, the construction of th eKartarpur Corridor has not been affected. Rather Pakistan has been adamant about opening the road between the two countries.

"Modi was reluctant to open the Kartarpur corridor, but agreed later due to public pressure from Indian Sikh community. Stop us if you can; we will open Kartarpur Corridor," Qureshi stated during a press conference on Sunday.

With the corridor set to be inaugurated by Pakistan Prime Minister Imran Khan, the matter of levying a $20 service fee is still pending. The Indian government on Monday said they would be ready to sign the agreement on Kartarpur Sahib Corridor on 23 October.

"Pakistan has been rigid and inflexible in its unreasonable demand and they refused to budge from their position. In deference to the wishes of the pilgrims and keeping in mind our desire to operationalise the corridor on time, India was constrained to accept their decision on the service fee," the Indian government sources said. “India will continue to urge them to withdraw the service fees," they added.

Pakistan's $20 service charge on pilgrims who will visit Kartarpur will give a boost to the otherwise frail tourism sector's contribution to the country's GDP.With this, the country is expected to make the equivalent of an additional $365,000 annually.

According to the World Travel and Tourism Council, the direct contribution of travel and tourism to Pakistan’s GDP in 2016 was $7.6 billion (about Rs. 793 billion), constituting 2.7% of the Gross Domestic Product (GDP).

Tourist inflow into the country will also get a push. With an average count of tourist numbers around two million for a year, the country, otherwise lags behind immediate neighbours Indian and China. But with the limit on number of pilgrims per day at 5,000, the number will reach around 1.8 million via Kartarpur corridor in a year.

Pakistan has been trying to improve its travel and tourism by resorting to measures such as easing travel restrictions by offering visas on arrival to visitors from 50 countries and electronic visas to 175 nationalities earlier this year.

Pakistan's Prime Minister Khan has often said his country has everything to make it a great tourism destination.

From our beaches in the south to Fairy Meadows in the north, and the rich history of our Land, Pakistan has unlimited potential for developing eco-friendly tourism. This is a commitment we are determined to fulfill InshaAllah. pic.twitter.com/FmLiI4WkHq

Khan had also sought the creation of a tourism corridor between member countries of the Belt and Road Initiative (BRI) to promote regional connectivity.

World Travel and Tourism Council (WTTC) forecasts the country’s tourism sector to grow to over $39.8 billion annually within a decade. With the current economic graph of Pakistan, the nation is expected to push its tourism inflow by means of the new religious corridor.