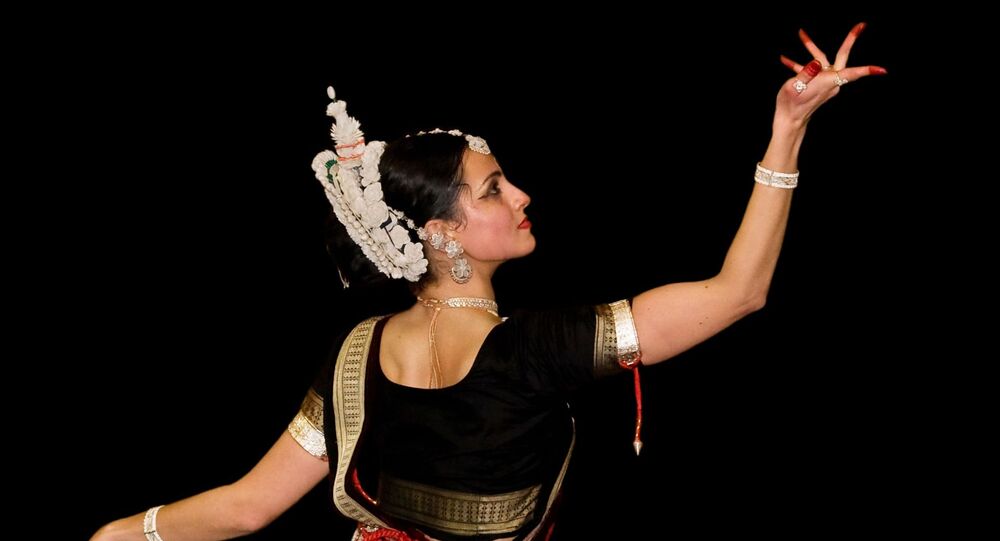 New Delhi (Sputnik): A tourist guide took things up a gear to explain the art and history of India to a group of tourists with his take on some traditional dance moves.

The viral video of a tourist guide showing off his impressive facial expressions during one of India’s most difficult and intricate dances, the Kathakali, has taken social media by storm.

The tourist guide identified as Prabhoo from the Indian state of Tamil Nadu was on his daily work routine when he was captured on camera guiding the foreign tourists and talking to them about Indian culture and performing arts.

In the video, the guide can be seen explaining the traditional Indian dance, native to the southern state of Kerala, by reciting various classical rhythms. He then goes on to show off various dance moves and postures performed during the Kathakali dance on the beats of the rhythm.

Received this as #whatsappforward !
As per the forward -This guy is a local tour guide named Prabhoo, in Tamil Nadu. So talented he is!!
Just look at his expressions..truly amazing!! pic.twitter.com/r0R7l9EXIH

He can also be seen acing the perfect eyebrow and jaw movements with grace and finesse.

The foreigners, who were left transfixed with his every move cheered and clapped the guide.

The video, which is doing the rounds on messaging apps and social media sites, left netizens enthralled by the talent of the guide who received much praise for his effortless performance.

What a beauty of explanation of indian mythology, culture, nature, good working prabhoo👍🙏🏻🇮🇳

Many compared him to a professional kathakali dancer.

Such grace and finesse in hand movements and positions....

Doing all thing effortlessly. It's amazing.

Kathakali, is an important and intricate genre in the Indian classical dance form, associated with storytelling through excellent footwork and impressive gestures of face and hands complimented with music and vocal performance.