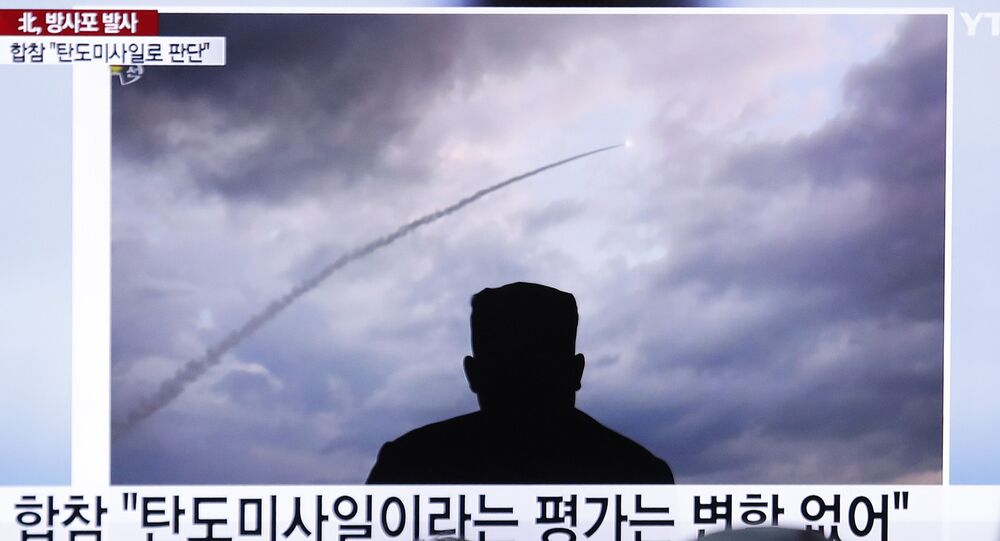 Tokyo’s inability to track Pyongyang’s new, short-range missiles, some of which could reach Japan, during their recent tests has government officials concerned that North Korea’s new weaponry may be too advanced for current defense systems - leaving Japan vulnerable.

For the past several weeks, Pyongyang and North Korean leader Kim Jong Un have conducted a series of tests that included the unveiling of their “state-of-the-art” KN-23 short-range missile technology to the world.

Sources told the Japan Times that the Maritime Self-Defense Force’s Aegis-equipped destroyer deployed in the Sea of Japan and the Japan-based radar operated by the Air Self-Defense Force both experienced issues detecting the munitions. While their irregular trajectory does make detection difficult, these cases are particularly concerning due to the projectiles’ ability to reach Japan and the fact that they were flying at a reported altitude of 60 kilometers, which is below average for a missile.

Though some were unnerved to see North Korea, which is on the receiving end of several United Nations missile-related sanctions, conduct these launches, Japan Times reported Monday that its nation’s government has to act fast and match the new munitions’ sophisticated tech, which is said to resemble the MGM-140 Tactical Missile used by both the US and South Korea.

Japan’s missile detection failures also come amid South Korea declaring unilaterally to terminate the 2016 General Security of Military Information Agreement (GSOMIA) with Japan on August 22, which came as a response to Tokyo removing Seoul as a trusted trading partner, according to Kim You Geun of South Korea’s National Security Council.

“Under these circumstances, the government of the Republic of Korea decided that maintaining this agreement, which was signed to facilitate the exchange of sensitive military information, does not serve our national interest,” he said in reference to the intelligence-sharing pact, as reported by the Washington Post. He explicitly noted that Japan excluding South Korea from the trade partner list directly signaled “fundamental changes to the environment for security cooperation.”

While Japan was reportedly unsuccessful at fully detecting North Korea’s series of launches, South Korea did not have any reported radar or other defense issues and was able to promptly inform the public of the situation.

"The only winners when Japan and Korea feud are our competitors," Assistant US Defense Secretary for Indo-Pacific Security Randall Schriver told the Center for Strategic and International Studies following Seoul’s withdrawal from the GSOMIA last month. "Historical disputes, animosities and political disagreements [between South Korea and Japan] should be kept separate from shared vital military and security cooperation.”

At the same time, US President Donald Trump and then-National Security Adviser John Bolton did not critique Kim’s tests and pushed back against media claims of alleged treaty violations.

“We have a very good relationship ... It can always change, we will see what happens. Kim Jong Un has been pretty straight with me, I think … He likes testing missiles, but we never restricted short-range missiles,” Trump told reporters prior to the G7 Summit in late August. The US president recently announced foreseeable talks with the DPRK leader - a meeting that would notably exclude Bolton and his hawkish ways, which were said to be behind the failure of the two world leaders’ February summit in Singapore.

This next Trump-Kim meeting could play a major role in Japan’s defense situation, as the country is currently unable to retaliate and intercept the advanced missiles or even warn civilians and announce necessary evacuations.