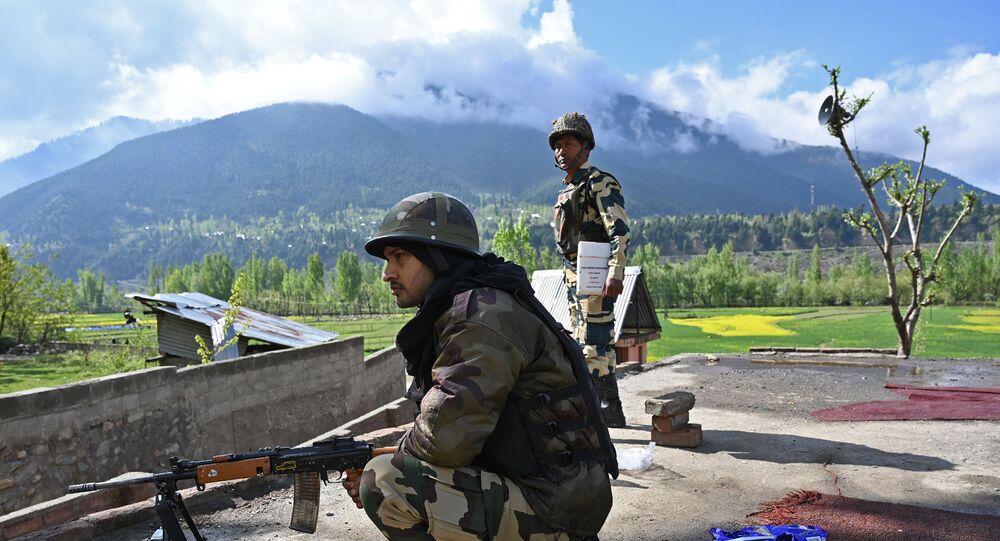 In a swift move, India imposed restrictions on regional political leaders in restive Kashmir ahead of a crucial meeting of the federal cabinet headed by Prime Minister Narendra Modi in New Delhi.

Former Chief Ministers of Jammu and Kashmir Mehbooba Mufti, Dr. Farooq Abdullah, his son Omar Abdullah, and several other leaders have been put under house arrest. Public meetings and rallies have been banned, restrictions imposed on the movement of people and schools and colleges closed, as a precautionary measure. Mobile internet services have also been suspended in Srinagar and Jammu, the region's summer and winter capitals.

Modi and his key cabinet and security aides had a meeting ahead of the cabinet meeting on Monday morning, which is currently underway.

Delhi: Union Cabinet to meet today at 9.30 am, at 7 Lok Kalyan Marg (in pic). pic.twitter.com/9eLHcMW8tc

​On Friday (2 August), the government ordered tourists and pilgrims to the Cave Shrine of Amarnath to return, in view of heightened terror threats.

​The Kashmir Valley has been witnessing intermittent fire across the Line of Control (LoC) and infiltration by secessionists since 8 July, with casualties on both sides.

As tension escalated, India decided to send more border troops to the Pakistani border. A total of 28,000 troops were reportedly moved to Jammu and Kashmir on 2 August to join the 10,000 soldiers that were deployed to the India-administered part of the region last week.

On Saturday, Pakistan accused India of using cluster munitions to kill civilians along the LOC, a charge denied by New Delhi as “lie, deceit and deception”. Islamabad claimed at least two civilians were killed and that 11 more were seriously injured in the attack. The accusations were voiced one day after New Delhi announced that it would significantly boost its forces in the region of Jammu and Kashmir.

Relations between India and Pakistan, both equipped with nuclear weapons, have remained tense over competing claims to parts of the Kashmir region since the countries gained independence from the British Empire in 1947.

The strife escalated after a deadly attack in Kashmir on 14 February, when a suicide bomber from the Pakistan-based terrorist group Jaish-e-Mohammed attacked an Indian security convoy, killing over 40 personnel. The Indian Air Force retaliated with an airstrike against what it claimed to be a camp belonging to Jaish-e-Mohammed in the Pakistani-controlled part of Kashmir.