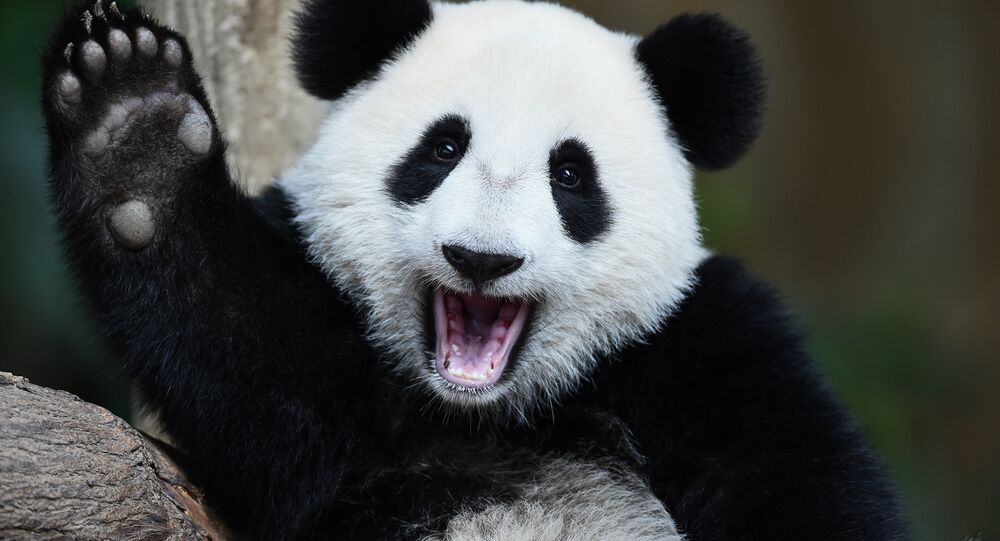 When astronauts look down at China in the future, it will not just be the Great Wall they can pick out. A huge solar farm has just been connected to the country's electricity grid and it is in the shape of giant panda.

The Panda Power Plant, near Datong in Shanxi province, is the brainchild of Panda Green Energy, a company who are planning many more solar farms as part of Chinese President Xi Jinping's Belt and Road program.

We launched the Solar Farm of Panda in Datong, the Solar Panda initiative to promote SDGs especially the renewable energy, #sdg7 @UNDPChina pic.twitter.com/bRwTMJkrJ2

​The panda's black limbs, eyes and ears are actually monocrystalline silicone solar cells while the white parts of the body are made of thin film solar cells.

Each plant will produce 100 megawatts, meaning a total output of 3.2 billion kilowatt-hours over the next 25 years.

That is the same as is produced by a million tons of coal and it will help China cut carbon emissions by 2.74 million tons.

Some of the plants might actually be built outside China, such as Tajikistan and Turkmenistan, on what is known as the 21st-century Silk Road.

Work on the first solar farm at Datong, which measures 1,500 acres, was kicked off last year by officials from the United Nations Development Program.

The first stage of the panda has now been hooked up to the grid, meaning 50 megawatts of clean, green energy comes online as soon as the sun comes out.

"Energy plays an important role in achieving sustainable development, which requires collaboration of multiple parties," said Patrick Haverman, from the UNDP in China.

"We hope that Panda Solar Power Plant will inspire young people from all over the world to have a deeper understanding on sustainable development strategy and become the innovator and promoter of it in the future," he said.

According to Sichuan's fourth giant panda survey in 2015, the province was home to 1,387 wild giant pandas, accounting for almost 74.4 percent of the country's total. That number was a 15 percent increase compared with 15 years before.

© AP Photo / Xinhua News Agency via AP
Homeward Bound: Giant Pandas Born in Theme Park Headed to China
China has 67 panda reserves, safeguarding more than two-thirds of the giant pandas in the wild and numbers have started to creep up.

Their favorite habitats are the Minshan Mountains, which straddle Sichuan and Gansu, and the Qingling Mountains, in Shaanxi province, which is not to be confused with Shanxi.

Last month three panda cubs which were born in a Japanese zoo were returned to China, where they will join a breeding program.

Pandas can be found in zoos all over the world, but earlier this year a pensioner's protest put a stop to plans for China to loan some panda cubs to a zoo in Ahtari, Finland.