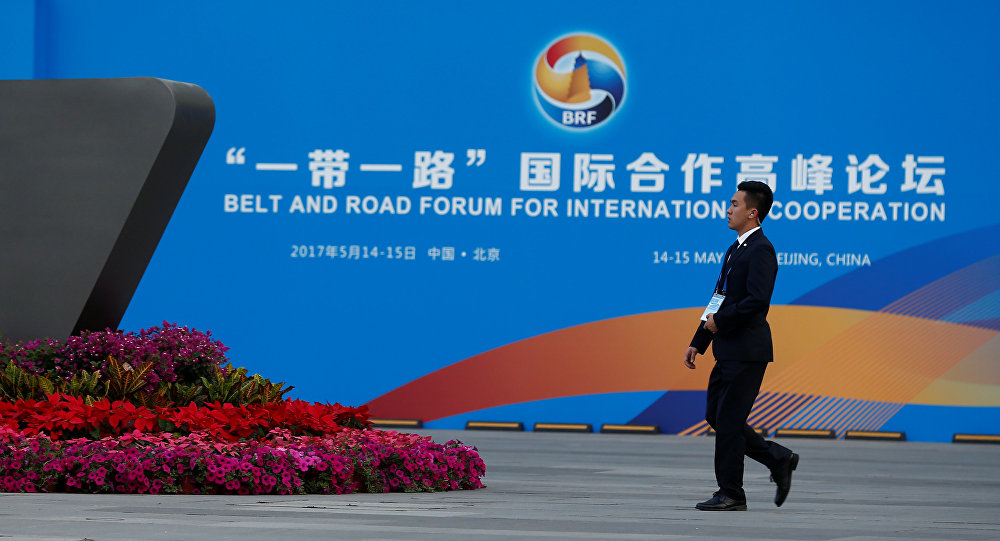 Although the Beijing-led One Belt, One Road initiative appears to be a geopolitical project in the first place, it has nothing to do with the post-WWII Marshall Plan. Speaking to RIA Novosti, Russian academic Viktor Larin stressed that China is seeking to create a "peaceful international environment" through economic collaboration.

China's New Silk Road initiative is more about geopolitics than the economy, Viktor Larin, Director of the Institute of History, Archeology and Ethnography of the Peoples of the Far East at the Russian Academy of Sciences (RAS) says, commenting on the upcoming the One Belt, One Road Forum for International Cooperation in Beijing.

"I think that the One Belt, One Road initiative is a geopolitical project in the first place and only then an economic one," Larin told RIA Novosti.

© AFP 2019 / GOH CHAI HIN
Heart of Eurasia: a Closer Look at the Key Region of China's New Silk Road
Back in 2013, China announced its new strategy of economic development "One Belt, One Road," which envisaged the creation of a network of trade corridors across Eurasia to ensure swift and efficient trade.

According to the Russian academic, Chinese President Xi Jinping's foreign strategy is the continuation of Deng Xiaoping's policy of "openness" and Jiang Zemin's motto "to go outside."

"As China grows, it needs more markets, more raw materials. This is one and the same idea, which today received a new, rather successful form — the One Belt, One Road initiative," Larin said.

The academic called attention to the fact that the major idea behind Beijing's geopolitical doctrine is a "peaceful international environment" which could be created through economic collaboration. Beijing is 100 percent sure that this will work, Larin added.

As former General Secretary of the Communist Party of China Jiang Zemin stated: "The international community needs to set up a new security concept with mutual trust, mutual benefit, equality and collaboration at its core and work to create a peaceful international environment of long-term stability and security." 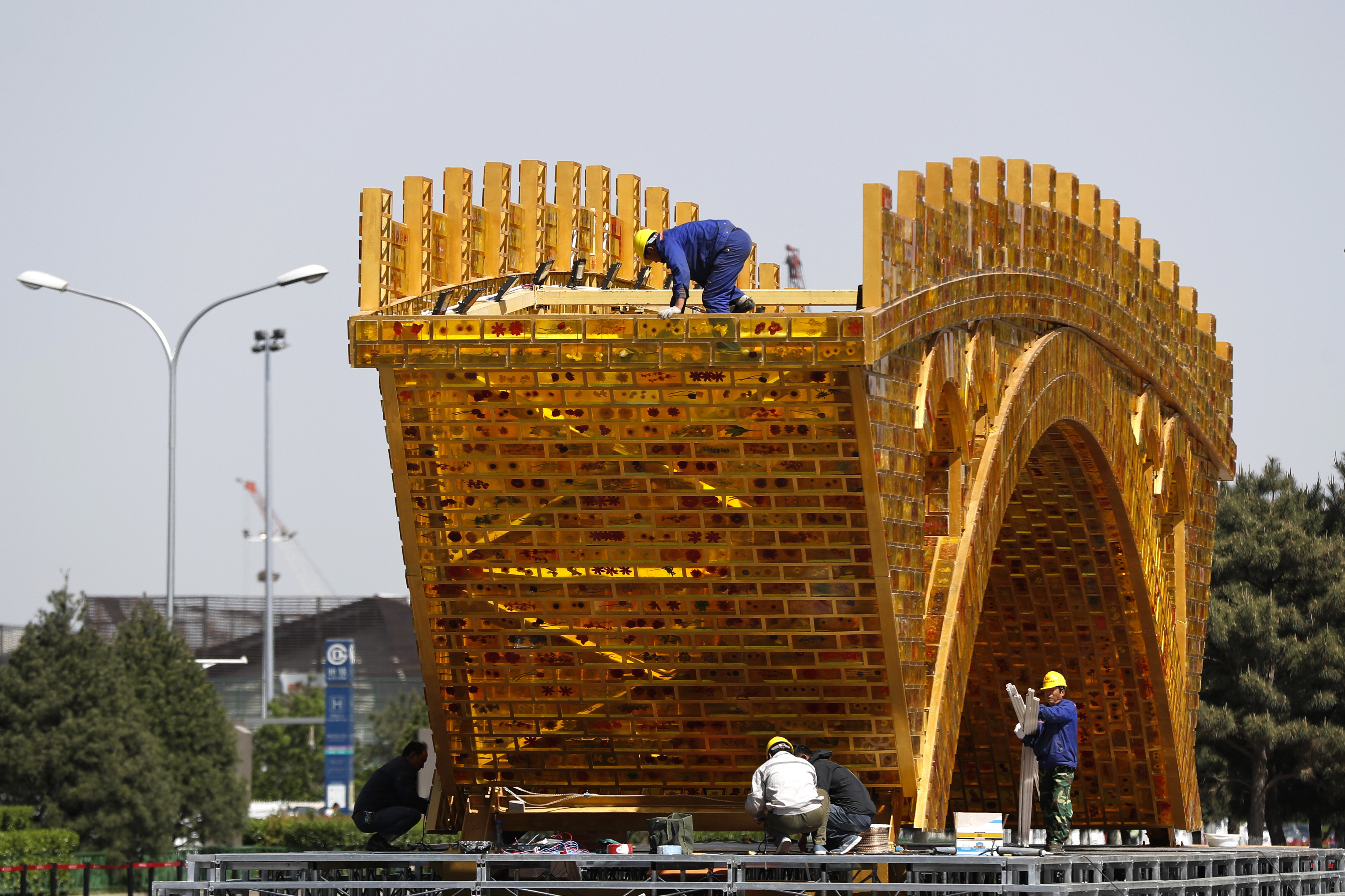 © AP Photo / Andy Wong
Workers install wires on a 'Golden Bridge of Silk Road' structure on a platform outside the National Convention Center, the venue which will hold the Belt and Road Forum for International Cooperation, in Beijing

While skeptics say that China's New Silk Road project is nothing but a "Marshall Plan 2.0," Alexander Gabuev, a senior associate and the chair of the Russia in the Asia-Pacific Program at the Carnegie Moscow Center, draws attention to the fact that Beijing is not forcing anyone to embrace the project.

"[The project] is based on the fact that China has great economic power, huge reserves, vast experience in infrastructure construction and large markets. It is ready to provide this to the surrounding world to progress together," Gabuev told RIA Novosti.

Xinhua reported that Chinese companies have already invested over $50 billion and established 56 zones of trade and economic cooperation in 20 countries along the Belt and Road; in addition, they have created a total of 180,000 jobs for the residents of these states.

What role will Russia play in this project?

Interestingly enough, China Daily put Russia in the first place in the list of the foreign countries most friendly to the Chinese One Belt, One Road initiative.

Moreover, back in May 2015, the leaders of Russia and China agreed to integrate the Eurasian Economic Union (EAEU) and the New Silk Road project.

"The integration of the Eurasian Economic Union and Silk Road projects means reaching a new level of partnership and actually implies a common economic space on the continent," Russian President Vladimir Putin said following the meeting with his Chinese counterpart.

According to Sergey Kanavsky, Executive Director at the Shanghai Cooperation Organization (SCO) Business Council, the New Silk Road project has a great potential for Russia.

"The potential is huge, the potential is great and interesting," Kanavsky told RIA Novosti, adding that it is important for both geopolitical players to take initiatives and find common ground to achieve synergy.

© AFP 2019 / JOHANNES EISELE
New Silk Road: Beijing Offers Viable Alternative to Western-Type Economic Model
Not all countries feel enthusiastic about the China-led project: Japan and the US stayed away from both the Asian Infrastructure Investment Bank (AIIB) and the One Belt, One Road initiatives.

However, it has been recently reported, that Washington is sending a delegation led by White House adviser Matt Pottinger to take part in the One Belt, One Road Forum for International Cooperation in Beijing.

"The Belt and Road initiative is an open and inclusive one. We welcome all countries delegations to attend the Belt and Road Forum for International Cooperation," China's Foreign Ministry stated, as quoted by Reuters.

The One Belt, One Road Forum for International Cooperation will be held in Beijing on May 14-15. The heads of 28 states and governments, including Russian President Vladimir Putin, are due to take part in the event.