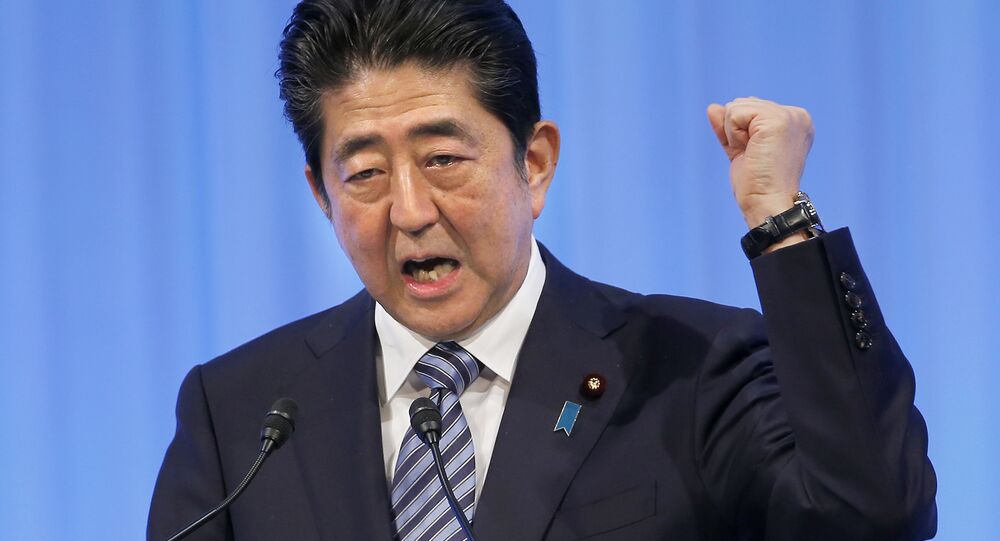 An attempt by China to broker a deal between the North Korean regime and the US and her allies failed on Thursday, March 9.

China's Foreign Minister Wang Yi had proposed that Beijing could intervene, pushing North Korea to suspend its nuclear and missile activities in return for a halt in the annual war drills that are currently taking place between South Korean and US troops in South Korea.

However, both Seoul and Washington rejected the plan.

In a stark message, Beijing warned of a "head-on collision" between the US and North Korea.

In response, Moon Sang-gyun, spokesman for South Korea's defense ministry, said in a press briefing, "The joint exercises will continue without a halt. It is a purely defensive annual drill."

The impasse is increasing tensions on the peninsula, which currently show no sign of abating.

Jonathan Bogais is a specialist in foreign affairs and strategic adviser on Southeast Asia.

He warns that Japan may be pushed to amend it's constitution to allow for the country to take pre-emptive action against North Korea, upending the geopolitical balance of power in the entire Asia-Pacific region.

"North Korea has launched four missiles, the range being about 600 miles. Three of them landed in the sea within Japan's exclusive economic zone off the Oga Peninsula in the Akita prefecture, which is home to the Japanese Self Defense Force. Of course this is seen as a threat in Japan mostly because of the very short distance we are looking at between the launch site and the first Japanese base, we have only 300 miles, which is an extremely short distance, so there is a great concern in Japan that North Korea's attitude is very assertive, if not aggressive, and could be very dangerous for Japan," Mr. Bogias told Sputnik.

"They fear that they could be under attack at any time and would not have the time to defend themselves.

"As a result, some lawmakers from the Abe administration, nationalist of course, extreme right, have argued that the constitution has to be modified to allow Japan to arm again and to take pre-emptive action, must be not only facilitated but rushed, and that's where we are now."

Forged after their defeat in WWII, Article 9 of the Japanese Constitution includes the clause:

"The Japanese people forever renounce war as a sovereign right of the nation and the threat or use of force as a means of settling international disputes."

Mr. Bogais added that such a momentous reversal of seven decades of Japan's peace constitution could make the prospect of armed conflict between North Korea and US allies even more likely.

"I think we need to reflect, do we really want to aggravate the situation by provoking a conflict, because if we have to look at pre-emptive attacks, who is going to take the first step? We don't know that and that is very dangerous… So, ultimately what must be done is diffusing this crisis, and to diffuse this crisis, it has to be done through external actors, and of course, there, I would refer to the US and China," said Mr Bogais.

© REUTERS / KCNA
'A Big Difference': North Korea Trains Military to Take Out New US-Made Missiles
Officially, the US maintains that "all options are on the table" when dealing with North Korea. However, on Wednesday, March 8, US Ambassador to the United Nations Nikki Haley denounced North Korean leader Kim Jong-un as "not a rational person."

"It is an unbelievable, irresponsible arrogance that we are seeing coming out of Kim Jong-un at this time," Haley added.

With the failure of China's proposed deal, the US and her allies have yet to propose an alternative plan to de-escalate tensions on the peninsula.

The Korean Crisis, the US' Next Phase of Pan-Eurasian Containment