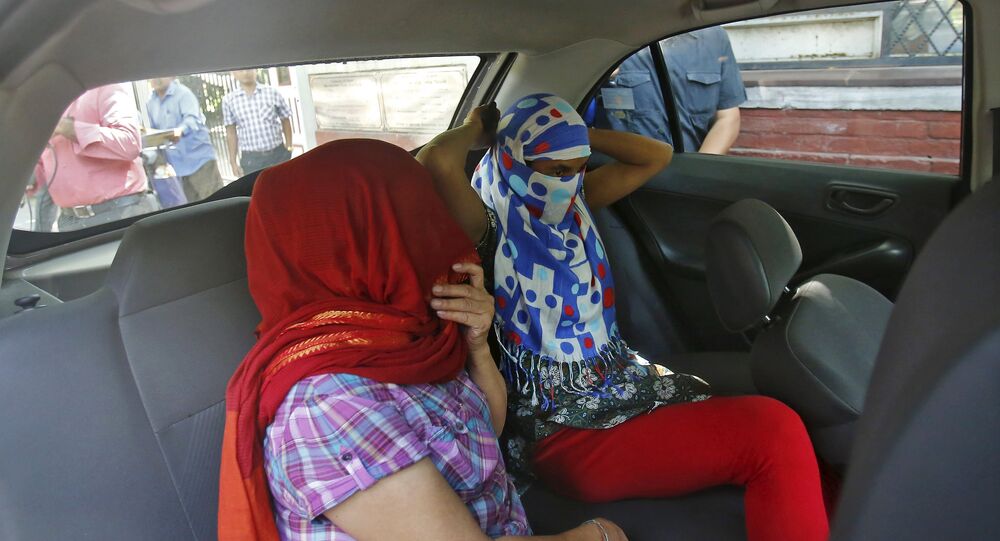 Indian police are investigating allegations that a Saudi diplomat held two Nepali women hostage in his residence, and raped them for several months before they were rescued by after a police tip-off from an NGO.

© Flickr / Imran Ahmed
Housemaid Shortage Leaves UAE Homes in a Mess
The two women, a 44 year old mother and her 20 year old daughter, were apparently hired by the Saudi official as domestic help in his residence in the suburb of Gurgaon near the capital city of New Delhi. At first, the two traveled with the diplomat to Jeddah for 15 days as his domestic helpers.  In that time, the diplomat did not touch or mistreat them, according to their statement.

However, upon their return to India in May, the two women were repeatedly sexually abused by the diplomat and his "friends."

"After we returned in May, he asked us to massage him," they said in a police statement. "He then raped us and forced us to have unnatural sex and oral sex. After that, he offered us to his friends regularly."

The Nepalese women were held in the house against their will, deprived of food, and only allowed to bathe before being presented to the diplomat’s "friends."

"There were days when seven to eight men – all from Saudi Arabia – would assault us," the mother was quoted as saying by the Indian Express. "If we resisted, the diplomat and his family would threaten to kill us and dispose of our bodies in the sewer." She also recalled one instance when a official slashed her arm with a knife.

© Flickr / Global Panorama
Killing in the Name of… ‘Justice’: Horror Over Saudi Executions

According to both women’s statements, the Saudi diplomat’s family and wife were of no help, and often added to the abuse.

"We were made to do all the household chores, from morning till late in the night, and then subjected to sexual assault at the end of the day. We were not given food. Sometimes we only survived on biscuits, bread, and watery tea. We were never allowed to step outside the house."

Relief came only after the Maiti Nepal India NGO was informed about their plight by another woman who had also been employed by the Saudi diplomat, but had escaped his residence. With the help of a contact who had access to the two women, the NGO managed to pass on a cell phone to them to get in touch.

"They were in constant touch with us for the last five days," NGO Convener Bal Kirshna Pandey said. "They would narrate their ordeal on the phone and we assured them they will be rescued soon."

After gathering information from the women, the NGO informed the Nepalese embassy, the Ministry of External Affairs, and the Gurgaon police. On Monday night, a team raided the Saudi diplomat’s residence and rescued both the mother and daughter.

"The women were brought to the police station and later sent to the hospital for a medical examination that confirmed rape and sexual assault," Senior Gurgaon police official Rajesh Kumar Chechi told the Indian Express.

The women have registered a case of rape, sodomy, and illegal confinement against the Saudi diplomat, whose name has not yet been released. A police investigation is underway, and according to the BBC, the Nepalese embassy has said it will file a diplomatic complaint once the investigation is completed.

Police say the diplomat in question has diplomatic immunity, and is currently staying at the Saudi embassy in India. The embassy has denied all the allegations brought against him.