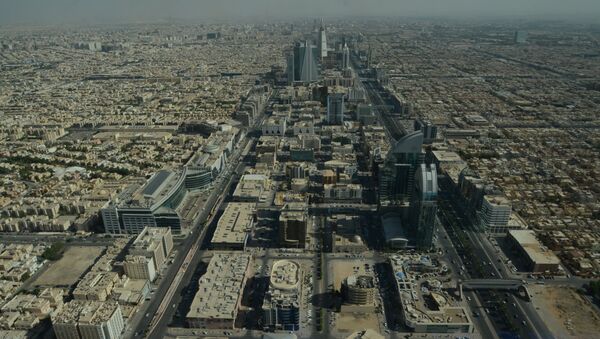 © Flickr / Stephen Downes
Subscribe
International
India
Africa
With the holy month of Ramadan fast approaching, Saudis aren’t only concerned about scorching record heat in the Kingdom. Many affluent residents may also have to face the month without any domestic help.

World
#Muslims4Lent Movement Shows Solidarity With Christians by Observing Lent
The ninth month of the Islamic calendar, Ramadan is considered one of the holiest times of the year for many in the Muslim world. During the thirty-day period, Muslims across the world abstain from drinking and eating between sunrise and sunset.  Spiritually, the month is also meant to be a time of retrospection, patience, and giving.

The year’s Ramadan, expected to begin on June 17, promises to be an exceptionally difficult one for Saudi Arabia, particularly as the Kingdom braces for one of its hottest summers ever. According to Saudi climatologist Abdul Rahman Mohammed Al-Ghamdi, temperatures could reach up to 65° Celsius  (141° Fahrenheit) in the country over the course of the month.

Speaking to the Saudi Gazette, Al-Ghamdi predicted the 50° Celsius to scorch residents even in the shade during Ramadan.

If Al-Ghamdi’s predictions are accurate, the month will mark the highest temperature recorded since 1913, when the thermometers climbed to 56.7°C in Death Valley, California.

Hot, and Out of Help

Islamic State Responsible for Deadly Mosque Bombing in Saudi Arabia
Though the high heat will probably make fasting a little more difficult, many in the Kingdom have bigger fish to fry. After all, most of the country’s residents live in air conditioned housing and, under Saudi labor laws, working hours during Ramadan are shortened to give observers more rest and time at home with family.

Instead, what many Saudis are concerned about is the prospect of facing the holy month without domestic workers helping around in the house.

The so-called "maid crisis" began in 2011, when Indonesia banned its citizens from migrating to Saudi Arabia for domestic work. The ban came after an Indonesian maid was executed in the Kingdom and was in response to Jakarta’s growing frustration with the treatment of domestic help in the country. Prior to the ban, there were about 1.2 million Indonesian migrant workers in the Kingdom, most of whom worked as maids.

"During Ramadan, one tends to pray and socialize more than other months," Ameena, a Saudi nurse, told Arab News. "It is almost impossible for a housewife to spend the day cleaning, cooking, praying, reading the Holy Quran after breaking fast, socializing and then watching some television programs. It’s kind of mission impossible."

Ameena is about to face her first Ramadan without help, after her Indonesian maid left her ten months ago. Though this may complicate things for her household, it’s difficult to overlook the irony inherent in her and many other Saudis’ concerns, particularly as the month is meant to be more about patience and charity than it is about catching up on TV.

But the problem has become so serious that many have resorted to hiring black market maids instead of waiting for recruitment agencies to provide them.  Some have even complained about having to pay upwards of $1,333 for black market maids, claiming they are out of options.

So here’s to hoping the air conditioner holds up, and wealthy Saudis like Ameena can nail down staff to pick up after them. Otherwise Ramadan in the Kingdom could wind up to be one hot mess.