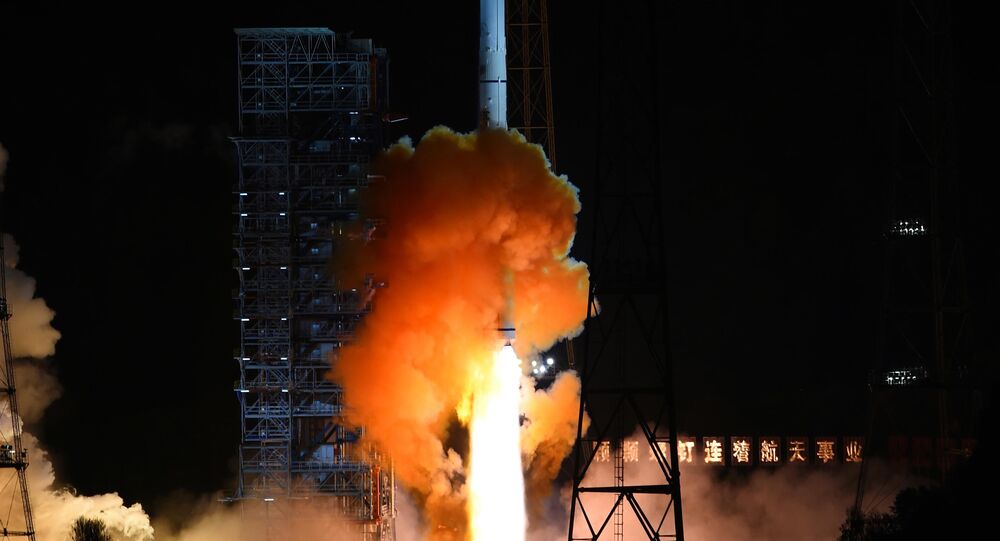 A recent report released by the Department of Defense warns of China’s rapidly growing space program, insisting that many of Beijing’s space activities are aimed at countering the space capabilities of adversaries in the event of a crisis or conflict.

The annual DoD report to Congress, titled Military and Security Developments Involving the People’s Republic of China, comes as some in the US Air Force are calling for a more robust defense of US space assets.  The US has more than 500 satellites which, according to the USAF, are increasingly exposed to threats from China’s rapidly expanding space program and so-called "counterspace" technologies.

"China possesses the most rapidly maturing space program in the world," the report said. It goes on to add that in parallel with the program, the country continues to "develop a variety of capabilities designed to limit or prevent the use of space-based assets by adversaries during a crisis of conflict, including the development of directed-energy weapons and satellite jammers."

The news is likely to alarm Western countries, particularly the US, which relies heavily on communications and surveillance satellites to maintain an information edge over potential rivals. Beijing’s expanding space program and capabilities, according to the report, would undermine that advantage.

According to the report, a launch in July 2014 renewed concerns about China’s development of "destructive" space technologies. It noted that while the launch itself did not result in any damage or destruction, it had a "similar profile" to a January 2007 test in which a defunct weather satellite was deliberately destroyed, leaving hundreds of pieces of debris orbiting the Earth.

"The United States expressed concern that China’s continued development of destructive space technologies represented a threat to all peaceful space-faring nations, and was inconsistent with China’s public statements about the use of space for peaceful purposes."

The report additionally details an incident in which China sent an unidentified object into space in May 2013.

"China launched an object into space on a ballistic trajectory with a peak altitude above 30,000km [18,641 miles]," it said. "The trajectory took it near geosynchronous orbit, where many nations maintain communications and earth-sensing satellites."

"Analysis of the launch determined that the booster was not on the appropriate trajectory to place objects in orbit and that no new satellites were released," the report added.

The mysterious object was in space for nine and a half hours before re-entering Earth and, while it has yet to be identified, the report goes on to suggest that the launch could have "been a test of technologies with a counterspace mission in geosynchronous orbit."

Concerns about threats to US satellites have already prompted the Obama administration to propose an additional $5 billion in extra spending over the next five years to maintain the security of the country’s military and spy satellites.

"The US government is providing more details on Chinese counterspace activities than they have in the past," Brian Weeden with the nonprofit Secure World Foundation said to Reuters. "The Pentagon is clearly increasingly alarmed about China’s growing space capabilities and counterspace capabilities."

China: space instead of socialism