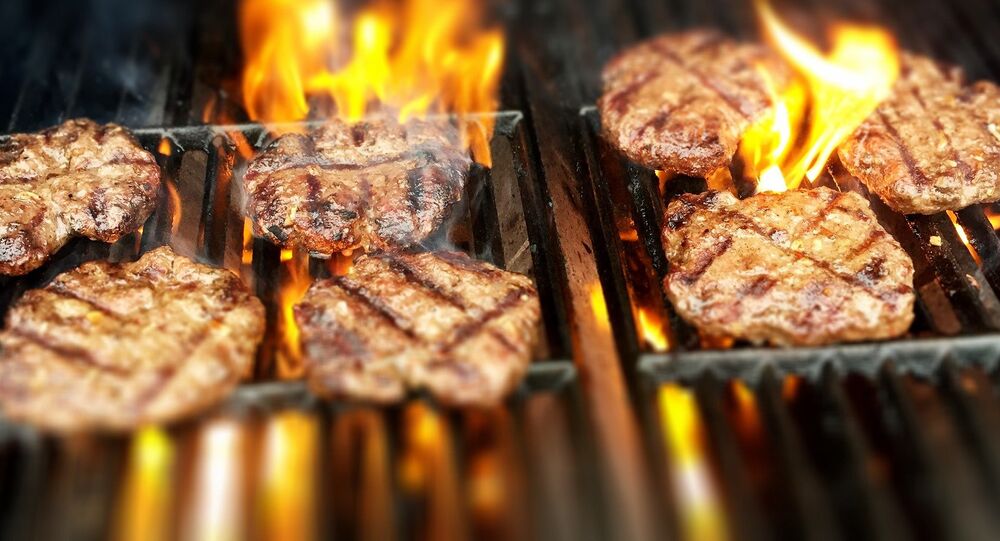 For those who have turned vegetarian in the hopes of living longer, forgoing all the joys of eating fried chicken, roasts and barbecue, a new study has some bad news - vegetarianism is not linked to a reduction in the chances of premature death.

That's according to researchers from the University of Sydney, Australia who tracked nearly a quarter million adults aged 45 and older for an average of six years.

In a report published in in the journal Preventive Medicine, there were no significant differences in the likelihood of dying, of any death, between those who followed a complete, semi- (meat once a week or less) or pesco- (fish permitted) vegetarian diet, and regular meat eaters.

Their report has been described as described as the largest study of healthy aging in the Southern Hemisphere.

Also, vegans were categorized as vegetarians.

However, there is some good news for veggie-eaters.

The study found that vegetarians were less likely to smoke, drink excessively, or be overweight or obese. They were also less likely to report having heart disease or cancer at the start of the study.

"It's important to note that the news is not that bad for vegetarians — they basically have much healthier lifestyle behaviors than non-vegetarians."

Indeed, earlier studies, including by researchers at the Oxford of University, who published a report in 2013, found that the risk of hospitalization or death from heart disease is 32% lower in vegetarians than people who eat meat and fish.

Social media reaction the report has been varied with some pointing out that people go vegetarian for lots of reasons, including animal welfare and helping reduce humanity's negative impact on the environment.

Some studies show becoming vegetarian can prolong your life an extra 3 years. But those would be 3 horrible, meatless years not worth living

@sharon_kirkey @CaulfieldTim Not sure I became a vegetarian for a "survival edge." Haven't actually met a vegetarian who is purely looking to live longer…🤔🤔🤔

And with vegetarianism becoming an increasingly visible consumer trend in restaurants, cafes and supermarkets in the Western world, while vegetarians may not live any longer, their food habits seem here to stay.

We Want Our Money 'Fat-Free': UK Vegan Row Over £5 Note