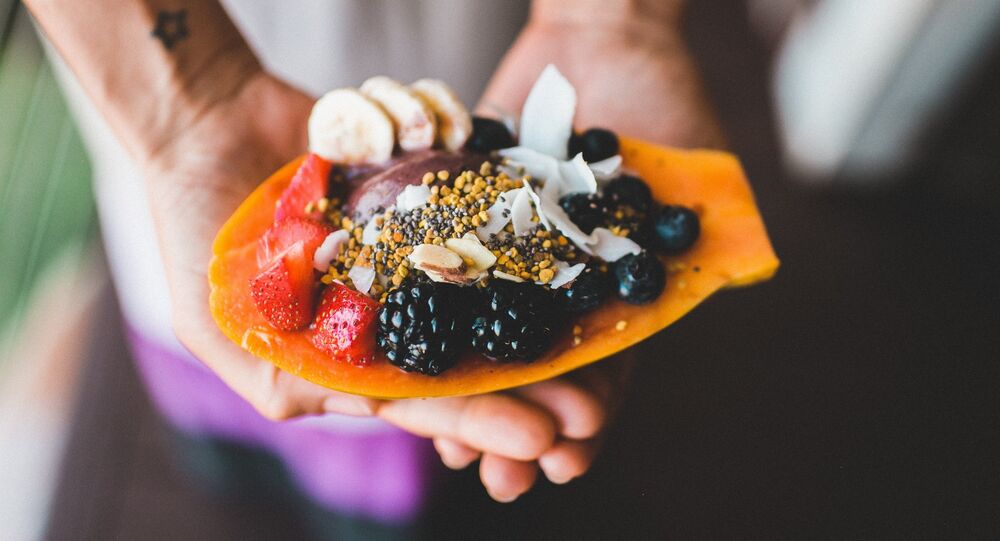 Veganism, according to the UK's Vegan Society, is "a philosophy and way of living which seeks to exclude - as far as is possible and practicable - all forms of exploitation of, and cruelty to, animals for food, clothing or any other purpose."

The Society adds, "and by extension, promotes the development and use of animal-free alternatives for the benefit of humans, animals and the environment."

The new #VeganPassport is out now! Overcome language barriers with this #vegan pocket book: https://t.co/vGTgmLE1tG pic.twitter.com/qndnPmvPns

"In dietary terms, it denotes the practice of dispensing with all products wholly or partly from animals." That was the Society's definition in 1979 when it became a registered charity.

And when is comes to finding a haven for vegans, all signs point to the German city of Berlin.

Europe's hipster capital has a growing appetite for vegan food with 80,000 vegans living there, according to vegetarian association Vebu.

"Germany and especially Berlin are at the forefront of a vegan movement" that's advancing all over Europe, Sebastian Joy, Vebu's vice president told AFP.

© Photo : Pixabay
Hipster Safari: Where People Pay to Run Around the Poorest Areas of London

A "movement" which has led to around 60 vegan restaurants opening up in the German capital — and far more than Paris and London, which has 40, according to website Happy Cow.

The reason why Berlin is fast becoming a vegan haven is because the city is "younger, more hyped, and more alternative than Munich, Paris or London," according to Joy.

There's even an area in the city where young parents and start-ups live which has become known as "Vegan Avenue," where you can find cafes missing cheese, yoghurt or honey and shoe shops without leather.

According to Munich newspaper Suddeutsche Zeitung, "Being vegan is no longer an abstemious practice for a few fundamentalist animal-lovers, but part of hedonistic event culture."

Whether is questioning the provenance of their food or a desire to eat more healthily, Berlin's hipsters are turning into vegans in increasingly numbers, fronting the new food fad and maybe leading a new "movement," across Europe.

Industry Association Targets Vegan Startup, Gets Egg on its Face