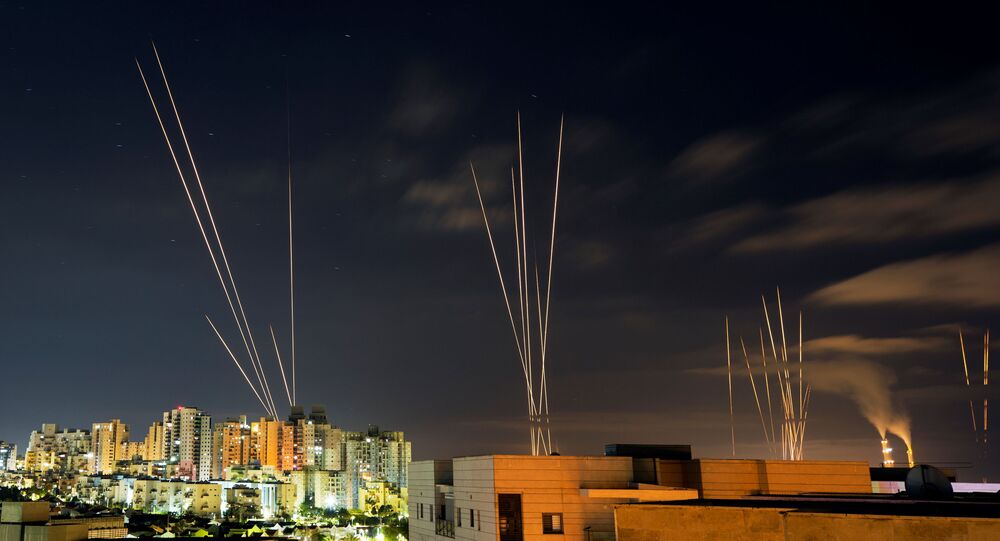 India has traditionally backed the Palestinian cause and a two-state solution, and was the first non-Arab nation to recognise the Palestine Liberation Organisation (PLO) as the legitimate representative of Palestinians.

Pakistan’s former Foreign Secretary Salman Bashir has taken a critical view of India’s evolving policy position on the question of the Palestinians, observing that New Delhi’s “deferential approach” towards Israel must be seen in the light of the ever-warmer ties between the governments under Prime Ministers Narendra Modi and Benjamin Netanyahu.

“India is a sovereign country. As we see it, India has invested a lot in cultivating close relations with Israel. Its deferential approach towards Israel is understandable”, Bashir told Sputnik. The veteran Pakistani diplomat has also served as Pakistan’s former high commissioner to India in the past

“It is essentially a question, or a choice between expediency or principals”, he reckons, in reference to New Delhi’s conventional support for the Palestinian cause and the two-state solution. However, New Delhi’s ties with Israel have flourished since Prime Minister Modi’s Bharatiya Janata Party (BJP) came to power in 2014.

Many members of the governing BJP have openly backed Israel in the hostilities between Hamas and Israeli forces, marking a gradual shift in Indian public opinion in favour of Israel. The death of a 30-year-old Indian nurse, Soumya Santosh, in a rocket attack in the southern Israeli city of Ashkelon this month also riled up many Indians, with Netanyahu sending his "condolences" to the Indian national's family at a meeting with foreign ambassadors this week.

Bashir also recognises the difference between India’s policy position on Palestinians under the previous Congress government, as compared to that under the current BJP government.

“The Modi administration, in its efforts to warm up to Israel, has had little compunction in throwing the Palestinians under the bus. In short, the Indian position, in my view, is more nuanced now reflecting a deliberate recalibration and high degree of pragmatism”, states Bashir.

“Pakistan's position, on the other hand, has been consistently moral, offering political and diplomatic support for the cause of Palestine and Al-Quds Al-Sharif”, the Pakistani diplomat adds.

While India under Modi has continued to voice its support for a “two-state solution”, a notable exception was made last year, when New Delhi voted in favour of Israel to deny observer status for the Palestinian human rights organisation Shahed at the UN Economic and Social Council (ECOSOC).

India’s statement on the most recent round of violence in the region also reiterated support for a “two-state” solution, while at the same time condemning “indiscriminate rocket firings from Gaza” targeting the civilian population in Israel.

“The indiscriminate rocket firing from Gaza targeting the civilian population in Israel, which we condemn, and the retaliatory strikes into Gaza have caused immense suffering and resulted in deaths, including women and children”, India’s UN Permanent Representative T.S. Tirumurti said during an open debate at the UNSC on Sunday, also calling upon all sides to maintain the status quo in East Jerusalem.

© AP Photo / AMIR COHEN
Israeli soldiers work at an artillery unit as it fires near the border between Israel and the Gaza strip, on the Israeli side May 17, 2021

Observers say that India’s energy dependence on members of the 57-nation Organisation of Islamic Cooperation (OIC) has so far prevented it from espousing a more vocal pro-Israel line on the global stage. Bashir notes that the voice of the people on the Arab street, who strongly support the Palestinian cause, can’t be ignored.

“The street in the Arab world matters as elsewhere”, he says.

The former Pakistani diplomat further reckons that the Abraham Accords, which marked the establishing of formal diplomatic ties between the UAE and Israel last year, will not “endure” and can’t be built at the expense of “dispossessed Palestinians”.

“The Abraham Accords are essentially political. A new Arab-Israeli dispensation was on the cards. But for all this to succeed, the people have to be carried along”, he remarked.

The comments by Bashir come against the backdrop of a ceasefire agreement between Israel and Hamas after 11 days of fighting, which saw the two sides launch air raids and rocket attacks against each other.