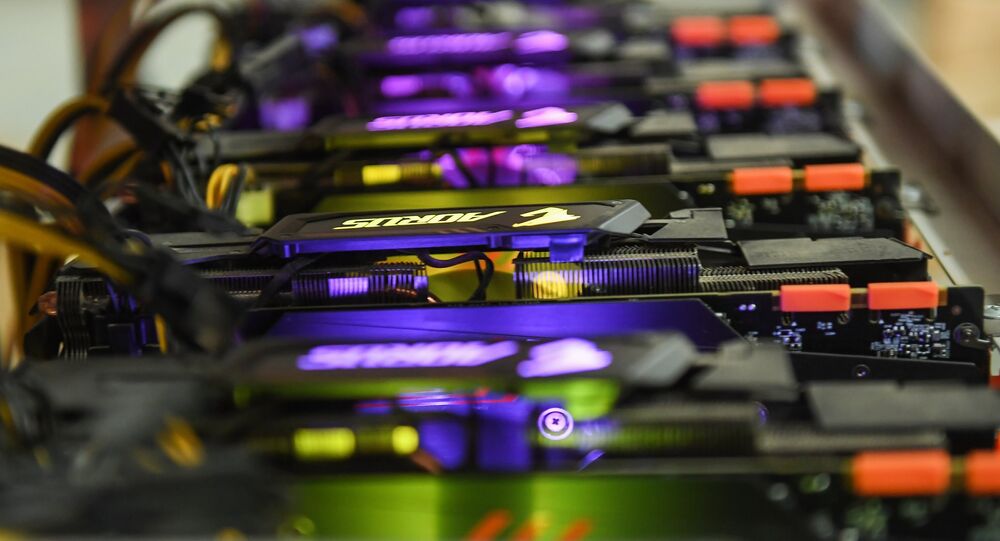 India Can't Afford to Stay Away From $1.5 Trillion Cryptocurrency Market: Founder of WazirX

The Indian government does not consider cryptocurrencies as legal tender or coins. Earlier this month, the Finance Ministry disclosed a report by a  High-Level Inter-Ministerial Committee (IMC) recommending that all private cryptocurrencies, except those issued by the state, be prohibited in India.

Sputnik has spoken with Nishchal Shetty, founder and CEO of WazirX, an Indian crypto asset exchange and creator of WRX, the nation's very own digital asset. Already listed in Forbes 30 Under 30 list, Nischal argues why India should not ban cryptocurrencies. According to Nischal, doing so would cause India to incur heavy losses in innovation and other areas.

Nischal Shetty: The proposed bill is not in the public domain so we don't know what will be allowed and what will be banned. Secondly, the government has not reached out to anyone in the Indian crypto sector at all to understand what sort of regulations are right in this system.

I believe that this bill will get into a standing committee where there will be industry deliberation. So, it is going to be a long path towards this bill becoming a law. I think this will change towards regulation rather than a ban on private cryptocurrencies.

Sputnik: What would the implications of banning private cryptocurrencies be on the Indian economy and the sector per se?

Nischal Shetty: If the government completely bans cryptocurrencies, the impact it will have on India and India's economy will be massive. There are over 10 million Indians who hold cryptocurrencies and the value of these cryptos held by Indians is around $2 billion. So, the first question that comes to mind is if the government bans these cryptos what will happen to the wealth of these 10 million Indians because they hold this as an asset class today? The second part is that there are over 340 crypto-related startups in India and this is based on a report by the Reserve Bank of India itself. These startups will be directly or indirectly employing over 10,000 people. So, what happens to all these job losses that will occur as a result of a ban?

© REUTERS / ADNAN ABIDI
Indian Prime Minister Modi Reiterates Dream of Having $5 Trillion Economy
The third point is from the point of view of the country participating in it and innovation. When no country in the world is banning it, is it the right approach for India to ban cryptocurrencies and lose out on a new innovation and competition, while other countries are growing and building more knowledge and infrastructure about this whole crypto-ecosystem in their country?

So, India will not just lose what already exists, but it will also lose any chance of future economic growth from this sector.

And the crypto sector globally is valued at about $1.5 trillion. So, we are talking about letting go of an opportunity that is worth half the Indian economy. It is not a small sector to eliminate or to ignore, but we are talking about a large sector which is global in nature. And India, I believe, cannot afford to stay out of this massive sector.

If you look, the prime minister's vision was to make it a $5 trillion economy, you have an opportunity of $1.5 trillion in front of you. Countries like the US, UK, Sweden, Malaysia, and Singapore, etc. are regulating it because they know if they ban it other countries will get ahead of them. So, if others are regulating then India can also regulate it. Right now there is lots of confusion about what will happen, but hopefully that will clear up as we move ahead.

Sputnik: RBI Governor Shaktikanta Das said that cryptocurrencies may impact the financial stability of the Indian economy. How do you view this comment, as this is the basis upon which the government is planning to ban private cryptocurrencies?

Nischal Shetty: There are lots of studies around this and time and again global agencies have said that cryptocurrencies do not negatively impact the financial stability of the economy. Firstly, comparing it with currency is not correct. People have seen it as an asset class and they are trading in it. So, the whole premise of what Mr Das is saying is coming from a currency point of view.

But now if you look at crypto, it is classified under four major categories—currency and asset, utilities, or a security. As an issue with the currency aspect you can definitely try to prevent the use of crypto as a currency means, do not use it as a payment instrument, but you can still trade in it and use it as an asset class.

© CC0
India's Largest Bitcoin Exchange Shuts Down Following Bank Account Freeze
If they have a fear, there is a way out and the way out is to regulate, not ban. If you ban, then you do not have any control over the ecosystem and you will be creating an underground economy because technically you cannot ban cryptocurrency. You can stop legitimate companies from participating but you cannot stop illegitimate, bad actors from accessing cryptocurrency. So, by banning you will put good people into the underground economy and create more liquidity in the black market. No country in the world wants to create an underground crypto market because this is the most dangerous thing. There are direct correlations between countries suppressing legal usages of crypto versus the underground economy.

Sputnik: What should the government do to dispel the confusion around cryptocurrency as the news about banning crypto definitely discourages people from investing in this segment or investors may take their money from this?

The first and most important guideline is to make sure that any crypto in the country is already Know Your Customer (KYC) compliant. Second, any company that deals in the crypto sector must ensure that there are some safety guidelines which need to be followed strictly. Some investor protection policy must be there. We follow all these guidelines today though there is no such directions from the government.

Sputnik: Can terrorists use this to launder their money as the government keeps telling every forum in support of banning it?

Nischal Shetty: In principle, you cannot stop someone from sending cryptocurrency to anyone else on the internet. Can a bad actor send crypto to another bad actor, yes they can but it's a completely open segment.

So, you will always be able to trace what address the cryptocurrencies are being transferred to and if they want to use it they will have to convert it into cash somewhere in the country. At that point is where the government already has controls on KYC and other measures. So, at the point if any person tries to convert cryptocurrencies into cash they ultimately need INR in the country to purchase something.

As Bitcoin Reaches US$50,000 For The First Time, Who Founded World’s Most Popular Cryptocurrency?