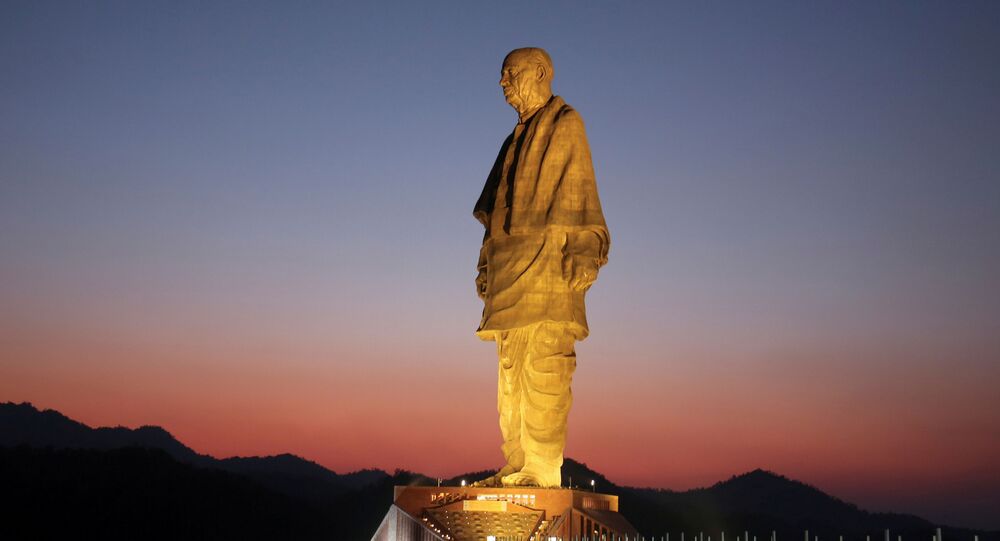 While announcing a nationwide lockdown on 24 March, Indian Prime Minister Narendra Modi admitted that there will be "an unimaginable economic cost of the lockdown but the immediate priority is to save lives from COVID-19”.

#IndiaFightsCoronavirus #21daylockdown :
During the video-conferencing on #coronavirusinindia with state CMs today,
most states requested PM @narendramodi to extend the lockdown for 2 more weeks.

The Central Government is considering this request.

After witnessing an unprecedented lockdown which may be extended until the first week in May, industries have demanded a slew of measures including financial packages worth around $400 billion to minimise short-term losses due to COVID-19. Exporters claim that around 15 million jobs would be lost while the United Nations estimated that around 400 million workers in India will slip into poverty due to the pandemic.

Indian economist Dr Sudhanshu Kumar of Centre for Economic Policy and Public Finance, Patna, has suggested that there are five steps that the government must take in order for India to remain relevant in the post-coronavirus world order.

According to Kumar, the current lockdown in India has led to a situation where both capital and labour are forced to sit idle. The developments in the next few days will be a tough policy choice between life and livelihood.

It is evident from the way policy decisions have evolved that the opening up of the lockdown will be a gradual process. However, any situation will need a way to manage a reverse migration. The mass movement of migrants at the beginning of the lockdown could be stopped in a few days by providing temporary arrangements for the migrants along with strict measures to contain the movement of people. But, they will start moving back to their places of residences as soon as there is an opportunity to do so. This is mostly due to psychological reasons.

Under such circumstances, the success of reopening economic activities depends on how successfully the damage caused by reverse migration of workers is minimised.

There is a need to provide confidence to workers and small businesses in the unorganised sector that brings them back to their workplace and allows them to re-engage in their respective economic activities.

Availability of Capital at Low Cost

The absence of economic activity for a long time creates a scenario where capital needs to be mobilised and infused with special effort. Also, idle capital has cost for businesses as repayment - and even the repayment of interest - becomes difficult.

Also, the current crisis has affected all sectors in the economy. Therefore the cost of capital should be further reduced rather than providing sectoral deals.

The government along with the Reserve Bank of India has taken steps in this direction which seems promising. As the situation improves on the health front, the availability of capital at a lower cost is the primary step for rebooting the economy.

Protect the Businesses from the Penal Provisions of the Legislation

According to the economist, there is a need to protect businesses from the legal provisions that penalise them for failure in their business.

The damages to the businesses are going to be more than from what it would have been due to the bad performance of a particular sector. Blanket damage to the economy deserves sympathetic treatment to help the businesses restart their activities.

In this scenario, there is a need to provide support in such a way that the inability to generate value from capital in is not seen as a crime and therefore they are not penalised as they would have been in normal circumstances.

The Non-Performing Asset norms and the Insolvency provisions need to be revised in favour of businesses, at least for the time being.

Limited Fiscal Space, Think Beyond Financial Package from the Government

Unfortunately, the current crisis has come at a time when the economy was already facing slowdown.

Revenue collection from both direct and indirect taxes have been much lower than the Indian government's target in the last financial year.

The management of the health crisis itself will consume much of the fiscal space. This will lead to an increased fiscal deficit for both the central and the state governments. Therefore, there is a little room for the governments to provide a large scale capital infusion to the economy.

"On the taxation front, the Indian government had taken an unprecedented move by slashing the Corporate Income Tax to as low as 15 per cent from the prevailing 25 per cent in the last financial year. This may or may not help the economy in the long run, but what has happened is that it has heavily affected the Direct tax revenue collection in the last financial year".

Also, the Goods and Services Tax collection has been much lower than the target. This puts a constraint on the government in using taxes to support businesses. Therefore, what remains is that government helps in making available the capital at a cost as low as possible.

The new world order post the current crisis will be completely different, for businesses and trade, from the era of globalisation.

The emergence of protectionism is an outcome of the way global events have unfolded recently. Under such circumstances, technological know-how will be a nation's biggest asset.

It is technology that utilises the available resources, namely, labour and capital, for production in the economy. The crisis shows the way only if the outcomes of the situation is properly utilised for future growth. In the medium to long run, it is technological development that will provide a new mechanism to employ abundant labour along with capital in generating output and providing meaningful employment.

Kumar says, "we can understand this from the recent global demand for medicines from India to fight the health crisis. A country which has access to technology along with labour and capital will be relevant in the new world order".