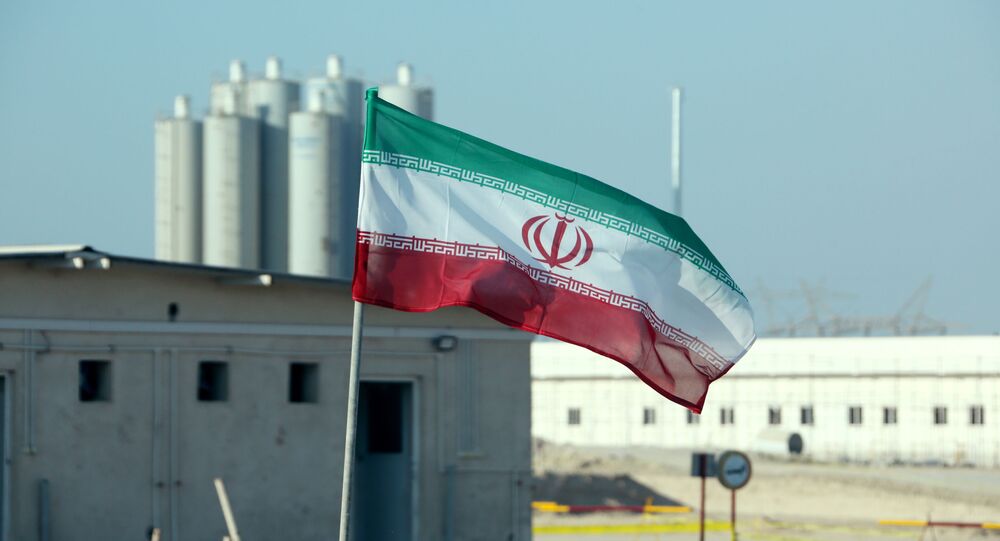 Bending under the pressure from the Trump administration, major EU states have taken yet another step away from the Iran nuclear deal, say academics, suggesting that it's unlikely that Tehran will engage in new nuclear negotiations with the same actors.

On 14 January, the foreign ministers of the UK, France, and Germany – the countries-signatories to the Iran nuclear deal – announced that they "have no choice" but to take action, through the Dispute Resolution Mechanism (DRM) of the 2015 Joint Comprehensive Plan of Action (JCPOA) to bring Iran back into full compliance with the accords.

How EU Failed Its 'Most Important Diplomatic Achievement'

"This way, the E3 [the UK, France, and Germany] want to save face for the failure of the most important diplomatic achievement of the European countries, something that is already a fantasy, since the failure of the JCPOA because of both the US lack of commitment since [Donald] Trump's [withdrawal from the deal] and the EU incapacity to enforce it", says Luciano Zaccara, a research assistant professor in Gulf politics at the Qatar University Gulf Studies Centre.

He lists several causes behind the erosion of the deal. First, it was clear from the start that the Trump administration would do whatever it takes to undermine the JCPOA, including through intimidating and threatening his allies "with initiating a commercial and tariff war as he already did with Europe, China and Mexico", he notes.

Apparently, therefore, the EU failed to encourage its own companies and banks to comply with the JCPOA and embrace the INSTEX payment mechanism – a successful tool to overcome the unilateral sanctions on Iran by the US, the research assistant professor says, naming the second reason.

Third, the EU consensus was broken after Boris Johnson became "the person in charge of the UK foreign policy decisions" and then assumed the prime ministership.

Fourth, "the Iranian pressure via gradual withdrawal from JCPOA commitments also contributed to the reduction of the nuclear deal's chances of survival", the scholar concludes.

E3 claims it has kept its obligations under JCPOA.

​Given all of the above, Zaccara expresses doubt that Iran will engage in another negotiation with the same actors to reach a similar or more detrimental nuclear deal.

EU and US Playing a Good & Bad Cop Game With Iran

For his part, Dr Hooshang Amirahmadi, founder and president of the American-Iranian Council and a professor of public policy at Rutgers University, refers to the EU's longstanding military, political, and financial dependence on the US, which made it deeply integrated with the American market and aligned with Washington's foreign policy course.

"It is this dependence that is at the root of their inability to stand US pressure", he opines.

According to Amirahmadi, during the JCPOA negotiations Europe played "good cop" while the US played the "bad" one in order to "get Iran [to] agree to terms that were highly unequal". Additionally, Europe "misunderstood" Washington's goal related to the Iran nuclear agreement.

"They really thought that this was a real deal", he opines, "while for the Americans, the deal was a short term arrangement to get Iran [to] destroy its nuclear infrastructure. After the US left the JCPOA, the deal was for all practical purpose over. The only role Europe would play since Trump left the deal was to [make] Iran stay with it, making it a unilateral deal".

Now the US is dragging Europe in, "weakening" the Iranian government "beyond repair" in order to "ultimately overthrow it", the professor believes.

Eventually, on 5 January, Tehran announced the fifth step in reducing its commitments by revoking the deal's last key component - the limit on the number of centrifuges operated by the country. "This step is within JCPOA and all 5 steps are reversible upon effective implementation of reciprocal obligations", Iranian Foreign Minister Javad Zarif tweeted. "Iran's full cooperation with IAEA will continue".

As 5th & final REMEDIAL step under paragraph 36 of JCPOA, there will no longer be any restriction on number of centrifuges

​However, in their 14 January statement, London, Paris, and Berlin made it clear that they "do not accept the argument that Iran is entitled to reduce compliance with the JCPOA", stressing, though, that they remain committed to preserving and maintaining the deal. Earlier, in his 8 January address to the nation, US President Trump called upon the signatories to the JCPOA to withdraw from the agreement amid heightening tensions between Washington and Tehran.