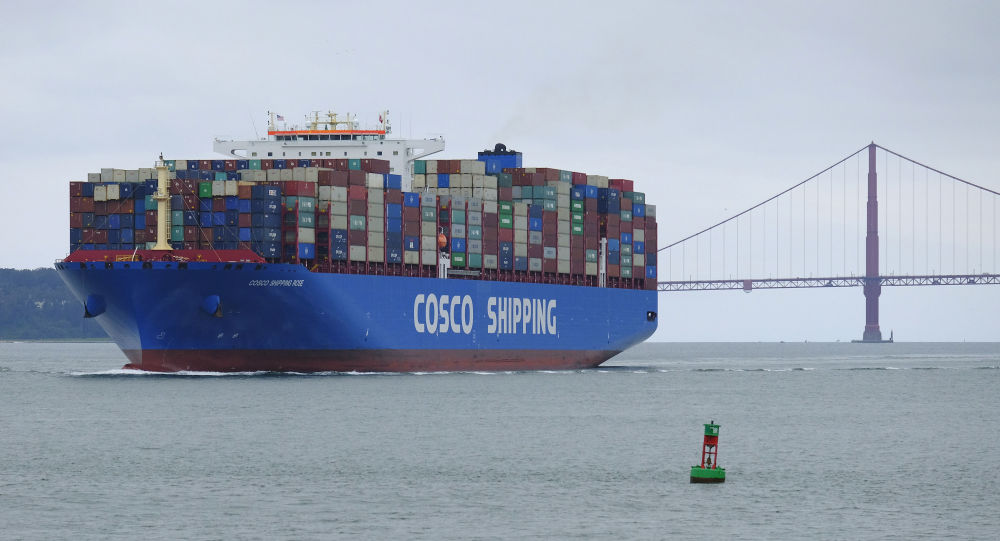 The World Bank thinks the US-China trade deal is not going to do much for the situation in the world economy. Meanwhile, the IMF provided a more positive outlook in October as stock markets are growing on expectations of a trade deal.

Chinese expert Chen Fengying, Director of the Institute of World Economics of the China Institute of Contemporary International Relations, points out that the world economy is now at a crossroads, and a deal between China and the United States will not immediately solve the problems that have accumulated.

According to the World Bank, the US-China trade deal can significantly revitalise the economy only if all “political uncertainties” are removed, but it is highly unlikely. The financial institution has worsened the growth forecast for the next three years for almost all countries compared to their June forecast.

This is linked to the fact that developing countries, which have been showing high growth rates for many years, are now also facing financial problems. Among them is debt accumulation, which has been occurring since 2010 at a faster rate than at any time in the past 50 years. The very low rate of productivity growth, however, creates great risks associated with servicing this debt.

Developed countries also face economic risks. And, according to the World Bank, the greatest challenge facing all countries are rising tariffs, and as a result, trade costs, uncertainty in economic relations and among investors. The World Bank predicts that the US economy will only grow by 1.8 % in 2020, which is far below Trump's promise to bring the US growth rate above 3% in the election year.

This forecast differs significantly from the expectations of investors, whose sentiments are on the rise in anticipation of the signing of the “first phase” of the China-US trade deal. According to Chinese Ministry of Commerce spokesman Gao Feng, Vice-Premier of the State Council of the People's Republic of China Liu He will be visiting the US on 13-15 January to sign the agreement. As part of the “first phase” of the deal, the parties agreed not to introduce new tariffs on each other, which were to come into force on 15 December.

The fact that the parties, in principle, came to an interim agreement became known in mid-December. Since then, stock market indices have shown growth. The MSCI AC Asia Pacific Index grew by 5.6% in December. Dow Jones rose 0.56% on trading results on 8 January, the S&P 500 gained 0.49%, and Nasdaq added 0.67%.

Other international organisations are also making more optimistic prognoses. According to the IMF's October forecasts, the world economy will grow by 3.4% in 2020. But the World Bank justifies its more cautious forecast by saying that the agreement of the first phase of the trade pact will not eliminate existing structural problems, especially in the economies of developing countries.

Fundamental structural reforms and improvement of the business climate are still needed to accelerate growth. It should be noted that not all problems in the world economy and trade are exclusively linked to Sino-American relations. Many international institutions, including the WTO, are going through bad times, thus affecting the prospects for further global growth, Chinese expert Chen Fengying told Sputnik:

“As for the future development of the situation, including the problems identified by the World Bank, I think there is no definite solution. Now it is not only the China-US negotiations that are pressing. It is not even clear what will happen to the WTO. And how will the World Bank develop? And in what direction will the reforms go? There is no clear answer. And we cannot assume that the world economy is at a crossroads solely due to a single factor. And, of course, solving one issue will not help resolve the situation as a whole. Still, we need to see the positive aspects, including the positive reaction of the market. We are looking forward to a comprehensive agreement in the future. Nevertheless, an interim agreement is still better than no agreement at all”, he said.

Chen Fengying, bearing in mind the importance of the upcoming negotiations, provided his view on the trade deal’s impact on the world economy:

“I do not think that signing the 'first phase' of the trade deal will pull the entire world economy up. Because now we are facing very big issues, the world economy is at a crossroads. Science and technology, systems or structures – it is not clear how it will all develop. One agreement can only give confidence to the world community but not solve all the problems. Therefore, in my opinion, under conditions of general uncertainty, at least some certainty is a good sign”, the expert concluded.

© AP Photo / Jacquelyn Martin
Chinese Vice Premier to Ink US Trade Deal in Washington Next Week
The US, de facto, had demonstrated unilateralism even earlier by imposing tariffs on Chinese goods and unleashing trade disputes. China initially claimed to be opposed to trade wars but was forced to take retaliatory measures.

Now, Washington seems to have realised the need to reach an agreement. According to a recent World Bank report, the main obstacle to US economic growth is customs tariffs and trade protectionism.