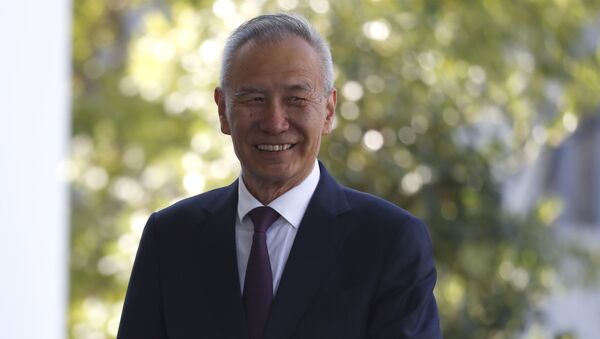 The "Phase One" trade deal was negotiated late last year, but the date of its finalisation was first mentioned by President Trump, one of the two signatories, last week but wasn't confirmed by Beijing at the time

Chinese Vice Premier Liu He is scheduled to arrive in Washington on Monday to sign the "Phase One" trade deal with the United States, the commerce ministry announced Thursday.

Liu's visit will last until next Wednesday, the ministry noted, a week after President Donald Trump slated the signing of the agreement for January 15.

US President Donald Trump also said on 1 January that Washington and Beijing would soon start negotiations for a Phase Two economic and trade deal, adding that these talks "can be completed".

In December, the United States and China, made a formal annoucement of the results of their negotiations to date- a Phase One trade deal as part of a larger bilateral trade agreement to help put an end to the ongoing trade war between the two countries.

As part of the accord, the sides agreed not to introduce new duties that were planned to go into effect on 15 December, after having previously exchanged several rounds of tariffs on numerous exports and imports.