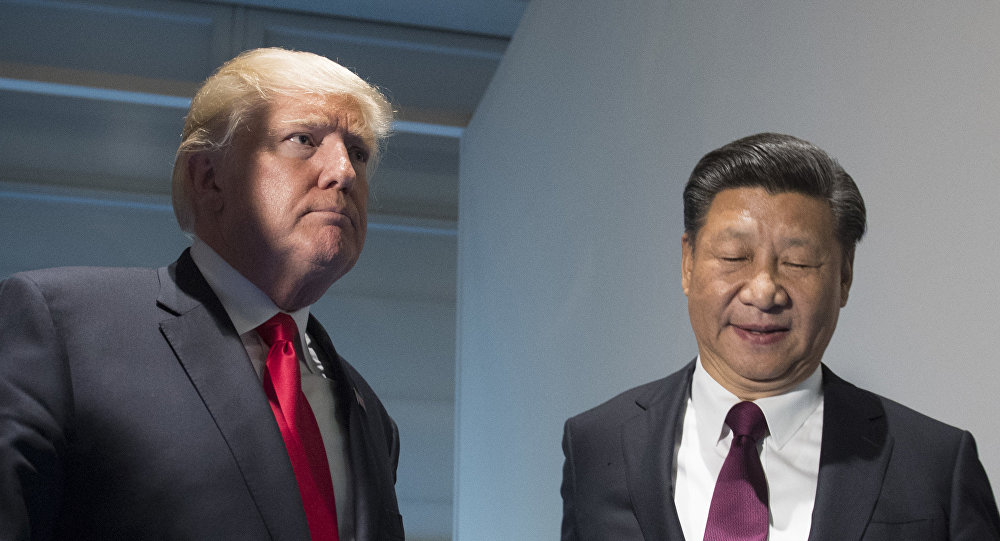 The US and China are expected to sign their "phase one" deal on 15 January in the White House. Beijing-based author Thomas W. Pauken II has explained how the sides reached the consensus, what the "phase two" talks would be about and why the assassination of Iranian General Qasem Soleimani may affect the development of US-China trade negotiations.

On New Year's Eve, Donald Trump set the date of the signing of the "phase one" deal with China, dropping the hint that "phase two" talks are around the corner.

I will be signing our very large and comprehensive Phase One Trade Deal with China on January 15. The ceremony will take place at the White House. High level representatives of China will be present. At a later date I will be going to Beijing where talks will begin on Phase Two!

​On 13 December, the White House averted the introduction of new tariffs on about $160 billion of goods from the People's Republic, thus signalling a breakthrough in the protracted trade war between the world's two largest economies. In return, China agreed to buy more agricultural products and improve intellectual property protections.

Thomas W. Pauken II, a Beijing-based political commentator and the author of US vs. China: From Trade War to Reciprocal Deal, explains that the major catalyst for the much-anticipated deal was Beijing's vow to make multi-billion purchases of farming goods from the US, which could help heal the main wound – the huge US-China trade imbalance, which amounts to over $300 billion each year.

"China buying major shipments of US soy, pork, beef, chicken, wheat and grains can significantly narrow trade imbalances. That helps American farmers while Beijing is showing sincerity to resolve the trade wars," the author points out.

Pauken holds a different stance: "Beijing can’t play games on its pledge to buy US agriculture imports", he says. "If they do that, 'phase one' gets cancelled and we return to trade wars".

According to the analyst, one may expect a growth of demand for US farming goods in the People's Republic, especially given the fact that African swine flu had wiped out over one third of the hog livestock in China.

"Beijing needs US pork suppliers to help China lower food prices and the Spring Festival arrives at the end of January this year," Pauken, who has spent a decade in China, says. "This is a time for family reunions nationwide and pork dishes are the most popular at this moment of the year. Soy is very popular, too, for Chinese consumers. Food prices were surging in China and that hurts ordinary Chinese citizens."

Additionally, Beijing is improving the business climate in the country by implementing a new foreign investment law and issuing stronger protections for Intellectual Property Rights (IPR) that went into effect starting on 1 January this year.

"US companies can expand and open up branches without being required to sign a JV (joint venture) with a Chinese firm in the insurance and financial services sectors," he elaborates. "Such actions on the part of Beijing made it a ‘no-brainer’ for President Trump to move forward on a 'phase one' agreement."

On 12 December, Pauken held a meeting with a US State Department official in Washington DC and shared his expertise on Chinese affairs in a bid to build bridges between the two nations, with regard to the US-China trade dispute.

The author, who is a US citizen, emphasises the importance of people-to-people diplomacy, as well as the development of platforms such as academic exchanges, dialogue with think tanks and face-to-face talks between Americans and Chinese.

"After the meeting, I felt more optimistic that Washington and Beijing could establish closer ties, but the challenge between both sides would be to encourage more communications channels to open up between Washington and Beijing," the author says. "I was informed by the State official I met that he will be more helpful to introduce me to other officials when I’m expected to visit Washington DC again in late March after China concludes its annual Two Sessions at the National People’s Congress."

Pauken notes that he "could sense the political climate in the US would endorse grounds for comprise and many Americans are sincere in hoping to improve relations with China".

"Phase Two Talks Would be About US LNG"

Commenting on Trump's remark about the "phase two" talks, the political commentator suggests that they "would be about Washington urging Beijing to make more energy purchases from the US, such as US oil and gas imports, ranging from $20 billion or higher for the next year".

The Trump administration has long persuaded China to step up purchases of US liquefied natural gas (LNG). In March 2018, US Secretary of Commerce Wilbur Ross stated: "China needs to import very, very large amounts of LNG and from their point it would be very logical to import more of it from us, if for no reason other than to diversify their sources of supply".

However, according to Pauken, before talking about a "phase two" deal, one should adopt a "wait and see approach".

"Can President Trump be trusted not to threaten to raise tariffs on Chinese imports in the next few months? Will Chinese President Xi Jinping follow through on his pledge to purchase huge shipments of US agriculture imports? Will Beijing continue to welcome more US companies doing business in the country on a fair playing field? We need to see how all these questions are answered in the next few months before the two sides can maintain mutual trust towards each other and to move forward on 'phase two' and 'phase three'", he says.

Additionally, the assassination of Qasem Soleimani, the commander of the Islamic Revolutionary Guard Corps' (IRGC) Quds Force by a US missile strike on 3 January, may also affect the development of US-China trade relations, according to Pauken.

"We should hope cooler heads do prevail, but there could be no turning back now. Hence, we cannot determine if US-China will indeed draw closer together on a trade deal after reaching terms on a 'phase one'. Let’s wait a week or so to observe events in the Middle East and if somehow peace gets restored, we should anticipate brighter prospects for US-China bilateral relations," he notes.

The commentator believes that the next two weeks are likely to show whether the Middle East region will be engulfed in a new confrontation or the international community will find ways to mediate tensions between the US and Iran.

Meanwhile, Soleimani's assassination has backfired on oil prices. which went up. reaching close to $70 a barrel on Friday. For its part, the Dow Jones industrial average slumped 210 points. The Standard & Poor’s 500 and Nasdaq Composite dropped 0.6 percent each.