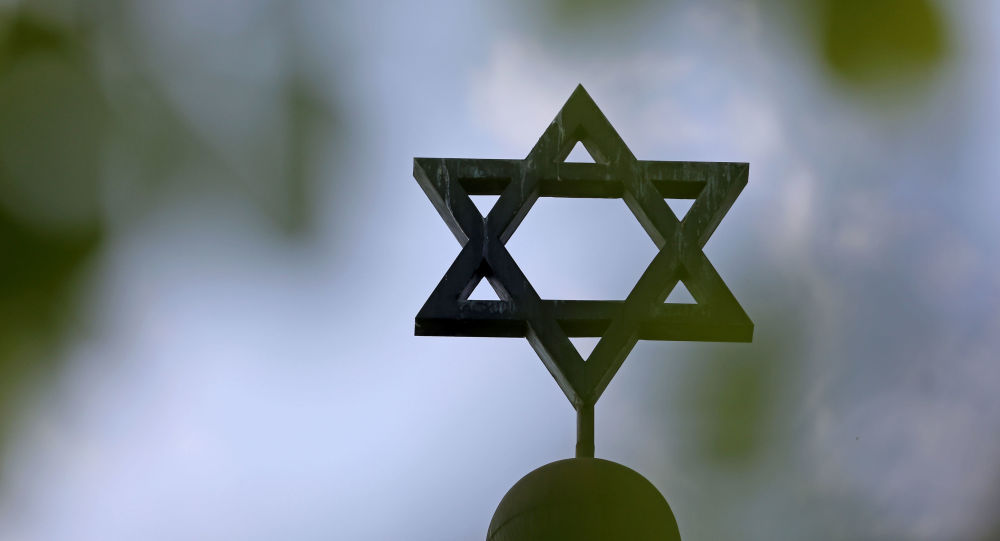 The Wednesday shooting spree near a synagogue in the eastern German town of Halle has triggered security concerns within the Jewish community. According to international observers, European Jews are facing increasing threats from both Islamists and radical right activists.

On 9 October, at least two people were killed and two others injured in a gun and grenade attack near a synagogue and a Jewish cemetery in Halle, Germany, during Yom Kippur, the holiest day of the year in Judaism.

According to media reports, the alleged perpetrators were armed with guns and were wearing combat suits. Deutsche Welle cited Max Privorotzki, head of the Halle Jewish Community, who described one of the attackers as "a heavily armed attacker with a helmet and rifle" adding that the shooter tried to enter the synagogue which was crowded with people at the time.

German anti-terror prosecutors have opened an investigation into the gun rampage. Although the police have detained one of the suspects, local residents were told to "remain vigilant" as other assailants may remain at large. The main train station in Halle was closed in the aftermath of the shooting spree.

Germany's Foreign Minister, Heiko Maas, has denounced the attack calling upon Germans "to act against anti-Semitism in our country."

However, the motivation of the assailants remains unclear.

Dr. Gunther Jikeli, a historian at Indiana University's Institute for the Study of Contemporary Antisemitism, sounds the alarm over the fact that "the perpetrators seem to be more violent and better prepared" than ever before.

"This attack shows that security needs to be in place to protect Jewish communities," he says. "This extreme violence on Yom Kippur will send a chilling message to Jewish communities in Germany and around the world."

Dr Efraim Zuroff, author of the book "Our people," as well as Holocaust historian, chief Nazi-hunter and the director of the Israel Office and Eastern European Affairs of the Simon Wiesenthal Center, notes that for a long time the German government has maintained the security of all Jewish institutions in the country by dispatching armed police officers to protect them.

According to him, the question is what went wrong in Halle and why the people near the synagogue found themselves exposed to violence. Apart from that it's important to find out the identity of the killers to define their motives, he points out.

"The only way such things to be prevented will be a combination of several factors: one is physical security, and in Germany that's already in place… but there's also [the need] to pay more attention to social networks, to stop the hate speech and stop the incitement and this should be done together with the providers," Dr Zuroff notes, emphasising the necessity to fight anti-Semitism and xenophobia in Europe.

Cnaan Liphshiz, a Europe correspondent for the Jewish Telegraphic Agency, believes that European Jews are facing two kinds of threats: one is emanating from Islamism and the other one from the radical Right. He notes that while one can't exactly say what forces were behind the recent attacks they could be conducted by either Muslim jihadists or radical right activists.

He reveals that a day before Yom Kippur, which is celebrated on 8-9 October this year, "a person tried to enter the synagogue in Berlin carrying a knife - shouting 'Allahu Akbar' and then was locked up in a psychiatric ward." And just a few days later, two people were shot dead in Halle near a synagogue, the journalist underscores.

"While Jewish communities say that the primary threat facing them are Muslim extremists - those kind of discrepancies - they show that there is a double threat that is kind of reinforcing itself, echoing itself from two very different parts of society, leaving German and European Jews more generally feeling less and less secure," he highlights.

According to him, the atmosphere of anti-Semitic violence prompts European Jews to flee the continent: "That's exactly what we're seeing in France with increased immigration and Aliyah-immigrating to Israel by Jews", he adds.

'Jews Are in Danger in Europe'

Edy Cohen, a research fellow at the Bar-Ilan University in Israel, suggests that the "security of Jewish [communities] in Germany is very bad."

"Germany, especially the German who killed six million people must preserve, must to give to Jewish the full security in their country," the Israeli researcher says referring to the World War II genocide of the European Jews by Germany known as the Holocaust.

According to the scholar, the German authorities should double down on ensuring the security of the Jewish community in the country amid the influx of migrants from Syrian and Iraqi which was engulfed by Daesh (ISIS/ISIL)* terrorism for years. Among those refugee seekers there are a lot of "fanatics" known for their hatred towards Jews, he says.

Over the past few years Jews have repeatedly been subjected to violent attacks. In March 2019 a Jewish father and his son were stabbed by an Egyptian-born seller at a famous street marketplace in Amsterdam, the Netherlands. In December 2017, a series of attacks on Jewish venues took part in Sweden, while in 2016 a rabbi was attacked by a knifeman shouting "Allahu Akbar" in Strasbourg, France. On February 14, 2015, a Jewish security guard outside the Great Synagogue in Copenhagen, Denmark, was shot dead by an unidentified gunman.

"Well we know that the Jews are in danger in Europe," Cohen notes. "We know that but it's shocking anyway, especially in this day that is so special for Jews [Yom Kippur]. The terrorists succeeded to kill Jewish people.  I'm saying if the victims are Jewish, because until this moment we don't know if the victims Jewish or not. But yes, this is a tragedy. Security of Synagogues must be very strict in Germany."

Situation at the Scene of Synagogue Shooting in Germany's Halle - Video

What is Known So Far About Deadly Synagogue Shooting in Germany