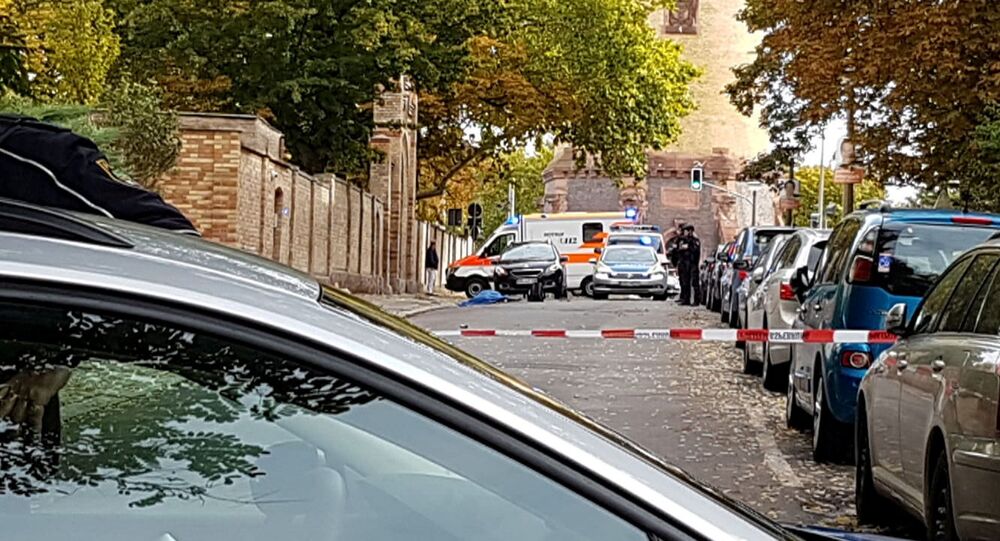 Earlier in the day, the local police said that the attack left two people killed. According to the Bild newspaper, a hand grenade was also thrown at a Jewish cemetery.

Two people were killed after shots fired near a synagogue on Wednesday afternoon in Halle, Germany, according to the media outlet Bild.

German police said that one person has been detained after the shooting in Halle.

​​According to reports, a grenade was thrown at Jewish cemetery.

​​The perpetrators are said to have fired several shots with a submachine gun, shot a woman and injured several people. The shooters are said to be on the run and heading in the direction of Leipzig, according to the Bild.

Deutsche Bahn closed the train station in Halle in connection with the shooting at the city synagogue, the company said on Twitter.

Police have announced a state of emergency with all available police units currently being moved to Halle, according to Bild.

Security in front of the synagogue in Dresden has been increased.

"Due to the current events in Halle, we are increasing the protective measures for the Dresden Synagogue and the Jewish cemetery," said police spokesman Thomas Geithner.

The attack occurred at the time of Yom Kippur. It is the main Jewish holiday. This year, Yom Kippur is celebrated on the 8th and 9th of October.

Yom Kippur is respected by a majority of Jews, even non-religious ones.