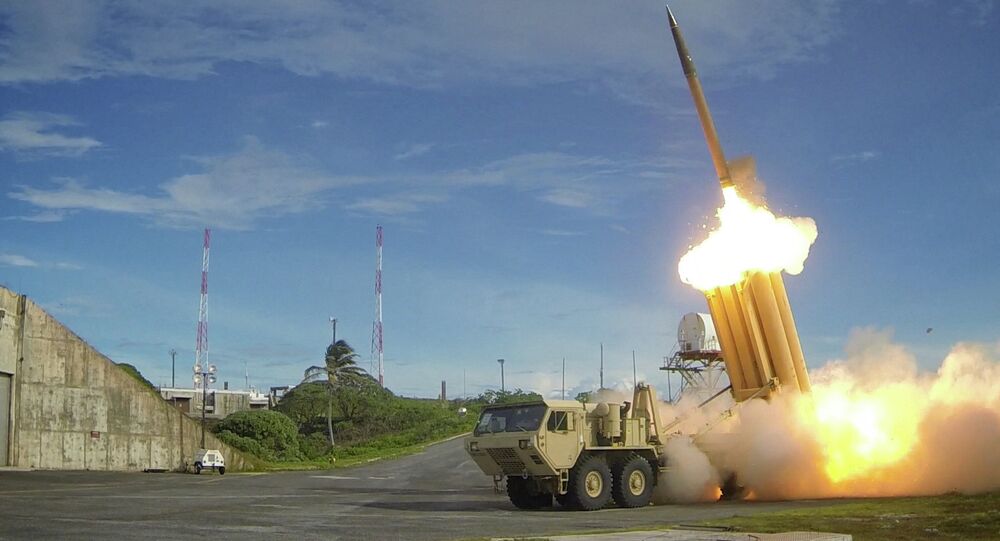 US State Secretary Mike Pompeo announced earlier in the day that the United States will suspend its obligations under the INF Treaty on 2 February and will begin the six month withdrawal process unless Russia "comes back into compliance" with the bilateral agreement.

READ MORE: Trump Should Use Diplomatic Means to Save INF, Not Scrapping Deal — US Lawmakers

"The Americans felt that China is going at a good pace not only in the economy but also in the military sphere, and have already proposed to include China in the [INF] treaty, but China, by and large, will not agree. I do not rule out that the beginning [of deployment of US missiles] may occur in the east against China. I think it is easier to convince Japan and South Korea to put missile systems against China," Baluevsky said.

© REUTERS / Yuri Gripas
Trump Hopes to Negotiate 'Much Better' Deal Than INF Suspended by US
The United States has said it wants to leave the INF Treaty due to Russia’s alleged non-compliance, strongly refuted by Moscow. Russia has, in turn, expressed its concerns over some of US defense systems in Europe.

Washington has accused Moscow of testing 9M729 missiles at ranges forbidden by the INF Treaty. Russia has repeatedly denied the accusations and pointed out that Washington has failed to provide substantiating evidence. Russian Foreign Ministry spokeswoman Maria Zakharova on Friday said that the United States has so far failed to present any evidence to support allegations that Moscow has violated the INF treaty.

© Sputnik / Grigoriy Sisoev
Russian MoD Shows Iskander-M Launchers With 9M729 Rockets Amid INF Row With US (PHOTOS)
Earlier the Russian Defence Ministry has held a briefing where it revealed the characteristics of the missile in question, but the event was not attended by US or NATO representatives.

READ MORE: New INF Deal Unlikely With Trump in Office, But Worth a Try — Ex-US Diplomat

The INF Treaty was signed in 1987 by the then leader of the Soviet Union Mikhail Gorbachev and then US President Ronald Reagan. The two leaders agreed to destroy all cruise or ground-launched ballistic missiles with ranges between 500 and 5,500 kilometres (310 and 3,400 miles).