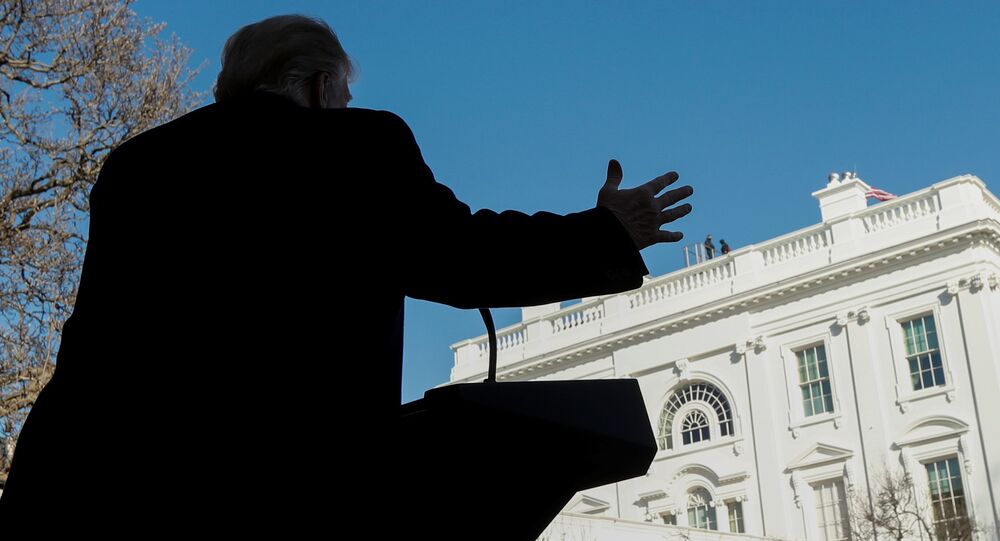 MOSCOW (Sputnik), Valentina Shvartsman - Washington and Moscow are far from negotiating a new deal to replace the dying INF treaty during the current US administration, but they should strike a deal that would include North Korea and China in the future, Howard Stoffer, a former UN SC counter-terror official and an ex-US diplomat, told Sputnik.

During his tenure at the US Department of State, Stoffer served as an adviser to the INF and START (Strategic Arms Reduction Treaty) US-Soviet negotiations.

Last October, US President Donald Trump announced his country’s intention to withdraw from the INF treaty due to alleged violations by Russia. US State Secretary Mike Pompeo is reportedly expected to announce later on Friday that Washington suspends its participation in the agreement.

"The United States and Russia should jointly be going to other countries, North Koreans and Chinese, and suggest that they join this treaty and eliminate an entire class of weapons not just between Russia and the United States, but throughout the world. We can do that. The world will be a lot better", the retired diplomat, who now works as associate professor of national security at the University of New Haven, said.

He noted that whereas it was hardly likely to happen during the current US administration, there was still a chance of the deal’s revival in the future if both sides did not go too far in their actions following Washington’s pullout from the treaty.

"This may not be possible during the current administration in Washington, but I am hoping that if the two sides do not react very strongly to the American withdrawal, they may be able to walk back to a situation when it could be possible. It is harder for China to agree because a lot of its weapon systems are based on intermediate range, but we should at least try, try to make the world more stable, more livable place for all of us", Stoffer said.

No Need To Be Friends

Stoffer stressed that the INF treaty should be retained because any agreements stipulating the elimination of a whole class of nuclear weapons were extremely significant for the humankind.

"I and almost 200 people who worked on the INF treaty on the American side, we’ve all participated in an effort to convince the president [Trump] that this not an effective and wise move … I think any time you can get rid of an entire class of nuclear weapons, that is a major step forward", Stoffer said.

© Sputnik / Vladimir Astapkovich
Russia Slams US 60-Day Ultimatum on INF Treaty as 'Game'
He recalled that the two countries – then the Soviet Union and the United States – have managed to reach a number of important disarmament agreements such as SALT-1 (Strategic Arms Limitation Talks) treaty, SALT-2, START and New START agreements, despite having even greater tension in bilateral relations.

"Reaching nuclear agreements to reduce or eliminate nuclear weapons is something both sides find valuing. We don’t have to be close friends and allies to do that … We reach these agreements not as a sign of friendship, but as a sign of being rational that we want to reduce the likelihood of nuclear war whether limited or general", Stoffer said.

The retired diplomat explained that such agreements benefit each country since everyone was interested in a stable world.

"The idea is to try to reduce weapons, to get rid of weapons, to make the world more stable. And we are doing that because it is in the interest of each country to do that. It is not being because one side makes concessions to another. It is done to maximize the benefit of all parties that reach agreements on these types of weapon systems", Stoffer stressed.

The former UN Security Council official stressed that walking away from the treaty would be "a major mistake," noting that such assessment was shared by many of his colleagues in Europe, the United States, Canada and Russia.

"Leaving the treaty opens up the door to both sides spending considerable resources which neither side really should be spending on weapon systems that are not necessary, and instead use that money for social good in each country", Stoffer explained.

At the same time, the United States does not seem likely to engage in a massive deployment of additional missiles across the world after the pullout from the treaty due to sufficient capability of already existing systems, he pointed out.

"I do not really believe that the United States would need to deploy more intermediate-range nuclear forces missiles, because the treaty never banned sea-based Tomahawks from the American side and other sea-based cruise missiles that could be fired by ships or submarines … There are many other systems out there that Russia, the United States and China all have, which are shorter-range missiles below the threshold or longer-range missiles above the threshold of the INF treaty", Stoffer said.

Washington’s allies in Europe would hardly welcome stationing of additional nuclear forces in the region, the expert underlined.

"Any attempt by the United States to deploy missiles in Europe is going to be completely rejected by the NATO countries because it was extremely difficult to do so even after missiles have been deployed against them by the Soviet Union which led to this treaty", Stoffer noted.

Nonetheless, the US withdrawal will further worsen relations between the two major nuclear powers and destabilize the situation in Asia, in particular around China and North Korea that also possess nuclear weapons.

© AP Photo / Markus Schreiber
NATO Has Been Preparing For Collapse of INF Treaty for Months – Report
The INF Treaty was signed in 1987 by the then leader of the Soviet Union Mikhail Gorbachev and then US President Ronald Reagan. The two leaders agreed to destroy all cruise or ground-launched ballistic missiles with ranges between 500 and 5,500 kilometres (310 and 3,400 miles). The United States is intending to withdraw from the treaty citing Russia’s alleged non-compliance.

Russia has refuted US allegations and pointed to its own concerns regarding some of US defence systems in Europe.

Russian Deputy Foreign Minister Sergei Ryabkov said Thursday that no progress had been made in bilateral talks on the treaty and the United States was likely to suspend its obligations starting this weekend.

Views and opinions, expressed in the article are those of Howard Stoffer and do not necessarily reflect those of Sputnik