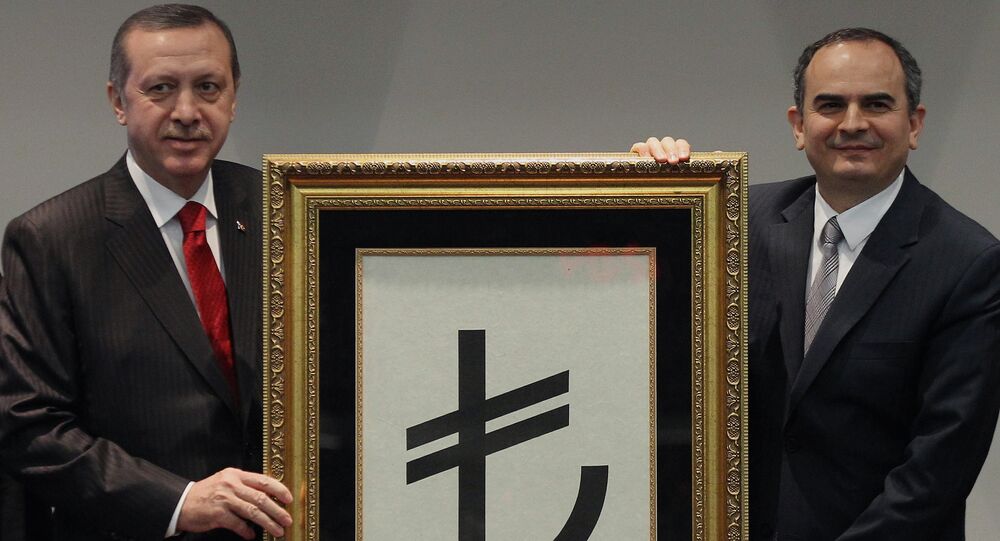 Turkish President Erdogan announced on October 7 that Ankara had closed the chapter of IMF credits. Speaking to Sputnik, Turkish politicians and a Russian economist have shared their views on Ankara's decision to bring an end to its dependence on the West.

If Ankara requested the International Monetary Fund's (IMF) assistance, it would have meant Turkey's dependence on Western countries and its readiness to yeild itself to their mercy, Dr. Ercan Enc, deputy chairman of the Turkish non-parliamentary left-wing nationalist party Vatan, told Sputnik Turkey.

"This would not have brought the country no good but even greater problems, since appealing to the IMF for help is not only related to economic issues but also entails the fulfillment of a number of political demands. This would be tantamount to Turkey's rejecting its independence," Enc said, stressing that Ankara must find a way out of this situation without the help of the US and EU.

The politician noted that none of IMF programs proposed to developing nations had been successfully implemented and since none of the "recipes" were effective: "Our party considers the decision to halt interacting with this [international] institution timely and reasonable," he said.

The Turkish president recalled that his party "undertook a debt of $23.5 billion when [it] came into office" in 2002.

"We paid off the debt in 2013. Aren't we the ones who saved this country from the IMF yoke?" he asked, as quoted by Daily Sabah.

However, Ergun Kaya, an economist and member of the executive committee of the traditionalist Saadet Party, believes that Ankara's economic policies will inevitably lead Turkey to borrowing from the IMF.

"During this year, Turkey needs to repay its $230 billion foreign debt," he said. "However, we do not observe any serious capital inflows into the country. Just to maintain of banking and private sector activities, Turkey will have to borrow from the IMF sooner or later, as it is not possible to repay the current account deficit for several months."

© AFP 2021 / Adem Altan
Turkey’s EU Membership Bid: 'Everybody Sees This as Necessary Fiction' - Analyst
According to Kaya, the main contradiction behind Erdogan's claim is that the entire economic system of the country was built by the ruling Justice and Development Party (AKP) in accordance with the policies of the IMF.

The Turkish politician believes that the situation in which the authorities, on the one hand, adjust the country's economic mechanisms to IMF requirements, and, on the other hand, declare their disagreement to interact with this structure, generates a deep contradiction and mistrust in society.

"There was no need to pursue an IMF policy from the very beginning," Kaya said. "But, unfortunately, since 2001 and to this day Turkey has consistently adhered to this policy."

© AP Photo / AP file
EU Commission Sees No Need in Providing Turkey With Financial Aid – Commissioner
For his part, Head of Center of the Near and Middle East at the Russian Institute for Strategic Studies Vladimir Fitin, opined that Turkey has chosen its own way, seeing the solution to the current economic problems in attracting foreign investment in the country and "creating confidence" for foreign businesses.

Ankara has realized that its cooperation with the IMF had been inefficient, he noted, emphasizing that Turkey needs to rely on its own forces and counter increasing pressure from the US by shifting to non-dollar trade and settlements in national currencies.

"Turkey has actually adjusted to the current situation," Fitin said. "The Turkish lira is no longer falling, on the contrary, it has even somewhat strengthened. Therefore, stabilization is obvious, and the domestic market in Turkey is operating with absolutely no problems. There is no shortage of any goods. Actually, the population looks to the future of their country without pessimism. It is abundantly clear that crisis phenomena no longer pose a serious threat to the country's economy today."

In the past 12 months the Turkish lira has plummeted by almost 50 percent against the dollar. Donald Trump's announcement that he would double steel and aluminum tariffs for Turkey on August 10, 2018 dealt a tremendous blow to the Turkish national currency. However, the lira managed to somewhat stabilize after the dramatic slump. Meanwhile, President Erdogan has signaled readiness to switch to non-dollar trade and use national currencies in foreign trade with Iran and Russia.