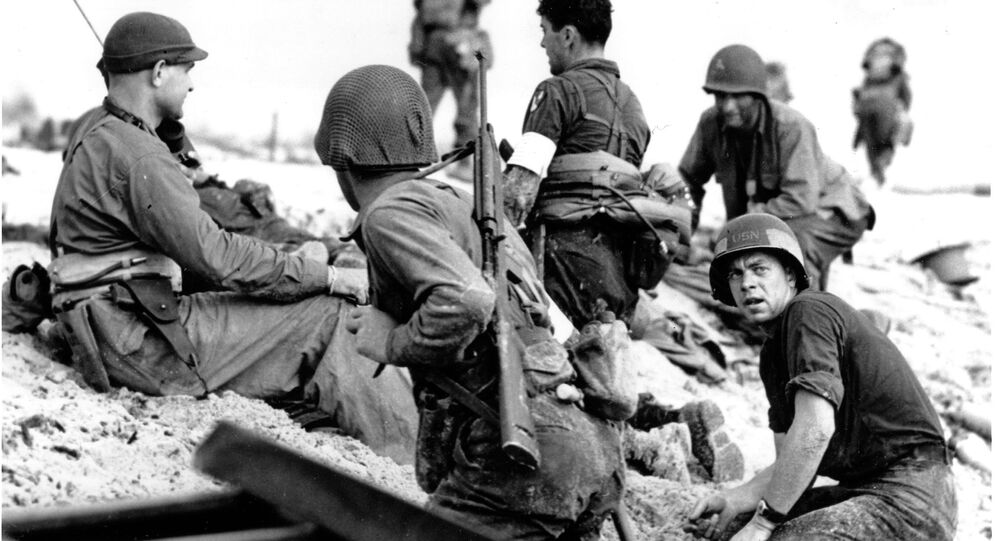 Sex crimes committed by Red Army soldiers and their Western allies at the end of the Second World War in Germany came into focus of Miriam Gebhardt's book "Crimes Unspoken." Speaking to Sputnik, she outlined major reasons behind sexualized military violence and explained why the issue is no less relevant today.

Now is the time to break down taboos on discussing the issue of sexual violence committed by soldiers of Allied powers in the final phase of the Second World War, says Miriam Gebhardt, a German historian and the author of the book "Crimes Unspoken: The Rape of German Women at the End of the Second World War."

"The discussion and investigation of certain issues became possible only after the fall of the Berlin Wall [in 1989]," Gebhardt told Sputnik Czech Republic. "Moreover, it was more important for Germany to comprehend its own crimes committed during the war and the Holocaust in the first place. My book ‘Crimes Unspoken' has been recently released in Russian. In addition, it was published in the UK, in the US, in Turkey and in the Scandinavian countries."

© Sputnik / Georgi Khomzor
Why US, EU Falsify Memory of Russia's Role in Defeating Nazi Germany
Modern society has recently become more receptive to the theme of the sexualized military violence, according to the German historian. She opined that this could be caused by the Rwanda genocide of 1994 and atrocities committed during the Yugoslav Wars (1991 — 2001), as well as by the overall improvement of the situation concerning women's rights.

Commenting on the motivation behind sexual abuse by foreign soldiers in Germany, the historian outlined two major reasons.

"Sexualized military violence always has different motives and functions," she said. "In general, it's about weakening the enemy and consolidating own army forces through the concealment of crimes."

The German edition of Gebhardt's book, "Als die Soldaten kamen: Die Vergewaltigung deutscher Frauen am Ende des Zweiten Weltkriegs," which was published in 2015, busted the most persistent myth of the Second World War, which claimed that Soviet soldiers had committed numerous sexual crimes raping German women of virtually all ages, while their American, British and French allies behaved decently.

© Sputnik / Alexandr Demyanchuk
'Everyone is Dead': Last Entry in the WWII Diary of Dying 12-Year Old Russian Girl
However, according to the historian, out of 860,000 of German women who had fallen prey to sexualized military violence, 270,000 were raped by the USSR's Western allies, with most crimes committed by American troops. Gebhardt destroyed yet another myth, saying that Red Army soldiers had sexually assaulted up to 2 million women in Germany: The author pointed out that Russian military servicemen were actually involved in about 590,000 rape cases.

At the same time, it is noteworthy that the numbers of the Red Army and the armies of its Western allies in Europe differed significantly. At the beginning of the Berlin operation, Soviet forces were comprised of 10 million soldiers, while the British and American military contingents deployed in mainland Europe amounted to 1,35 million and 3,3 million people, respectively.

The historian admitted that military commanders of the Red Army, as well as their British and American, counterparts strictly forbade sexual violence and punished their soldiers harshly for these crimes.

"For example, there were cases of spontaneous lynching of rapists in the Red and US armies; there were also trials held by military tribunals which resulted in death sentences or long prison terms," she elaborated.

"The occupation forces went on committing sexual crimes in Germany for years," she underscored, adding that it was usually dependent on certain superiors who oversaw military discipline.

After the fall of the Berlin Wall and the collapse of the Soviet Union, the blame for sexual misconduct in allied-occupied Germany was usually pinned on the Russians. Gebhardt shed light on the dark side of Germany's occupation that followed the invasion by Nazi forces of the USSR and countries of Eastern, Central and Western Europe from 1939 to 1945.

Ambassador: Russia Will Not Allow Heroic Alliance With US in WW2 to Be Forgotten