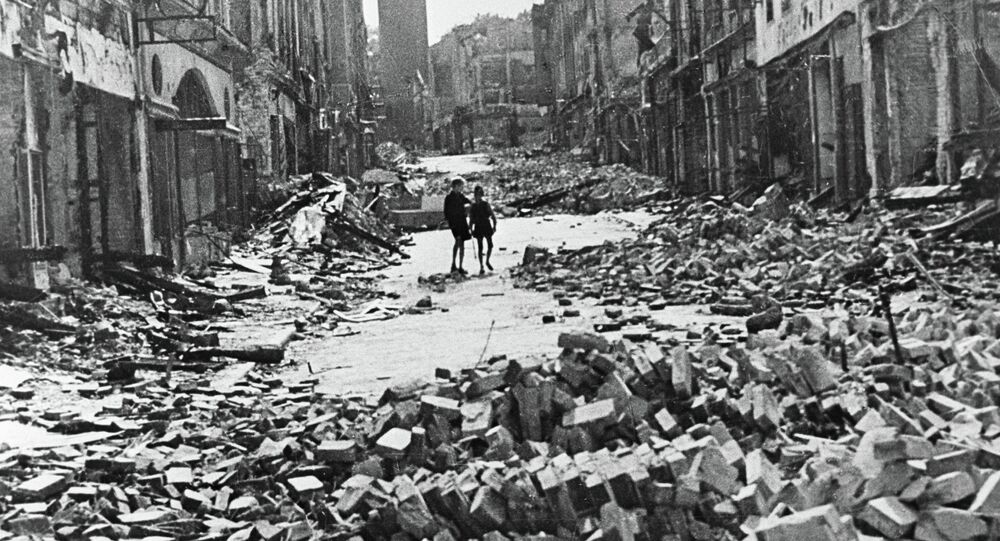 Estimated 190,000 German Women Raped by US Soldiers After WWII

Around 860,000 German women and girls were raped by Allied soldiers at the end of World War Two, according to a new book published in Germany which estimates that more than one in five rapes were committed by US troops.

The accepted historical view in the West characterizing Allied soldiers who arrived in Germany, once the Nazis were already defeated, as liberators, and their Soviet counterparts as rapists and pillagers, is being challenged in a new book published in Germany, which alleges that Soviet troops far from alone in committing sexual violence against the local population.

© AP Photo / University of Buenos Aires
Nazi Hideout Myth Busted? Mysterious Ruins in Argentina Could Predate WWII
It is worth mentioning that the narrative of "atrocities" committed by the Red Army soldiers in Germany after the defeat of the Nazis has been wildly exaggerated over the course of the last 25 years. The issue has been used for  anti-Russian propaganda aimed at lessening the role of the USSR in defeating Nazi Germany. Curiously, at the same time Western-based historians have turned a blind eye to the rape committed by American and other Western Allied soldiers on occupied German territories.

"Until now, it has been said that between one and two million women and girls were raped by troops of the Red Army," Miriam Gebhardt, the book's author, told Suddeutche Zeitung in an interview last week. "I think there were fewer cases, around 860,000, which also includes victims of western Allied soldiers. Around 190,000 of those may have been victims of US soldiers."

"Around four to five percent of 'occupation children,' who have a German mother and Allied soldier father, were conceived as a result of rape," said Gebhardt, explaining how she got her figures. "Statistically, one from every 100 rapes produces a child," adding that her figures "are based on conservative estimates, they are not set in stone."

As well as statistical evidence, Gebhardt explores memoirs such as those of a priest of the Archdiocese of Munich and Freisin, which were also studied last year by journalist Maximiliane Saalfrank, according to whom "rape came to almost every village."

The subject of rape committed by Soviet soldiers has been covered before in popular culture, notably in the 1992 Helke Sander film "Liberators and Liberated," which was the first to cover the topic of rape committed by Soviet soldiers. In 2009 the film Anonyma: A Woman in Berlin," was released, based on the 1959 memoir of the same name, which also described rape by Russian soldiers.

© AP Photo / Roman Kosarov
The Slight of Slights: US Neocons Try to Rewrite History of WWII
"After the war, it was easier to talk about the Red Army raping women," says Gerhardt, than to challenges to the collective memory of the western Allies in 1945 as liberators. Stereotypes from the First World War of uncivilized Russians from the East, and Nazi-era propaganda about the Red Army also played their role, explains the author of the book, called "When the Soldiers Came."

While spreading stories of "uncivilized" and "brutal" Russian soldiers, many Western historians have remained silent on the massive casualties sustained by the Soviet Union during the Second World War. While the war claimed the lives of 418,000 Americans, 600,000 French nationals and 450,000 Britons, the USSR's casualties amounted to 27 million. On Soviet territory, Nazi soldiers committed hideous atrocities on a scale that could hardly be imagined by the West, such as the hanging and burning alive of peaceful civilians, including women and children.