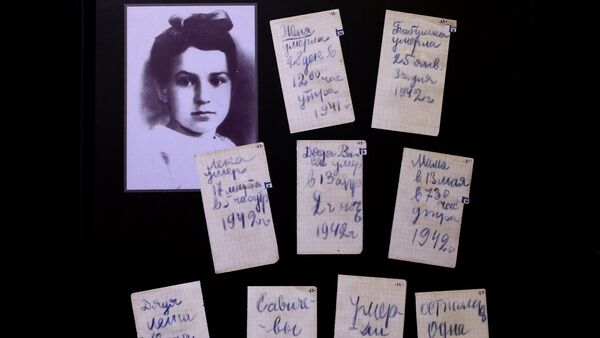 © Sputnik / Alexandr Demyanchuk
/
Go to the photo bank
Subscribe
On May 13, 1942 Tanya Savicheva made the final entry in her diary – a short collection of notes that eventually became one of the most heart-wrenching accounts of the Siege of Leningrad.

At first glance the diary of Tatyana Nikolayevna Savicheva, often referred to as Tanya Savicheva, looks like an ordinary small notebook. It is also a fairly short read, containing only several notes.

Its contents however are anything but ordinary: it is a chronicle of the demise of a Russian family trapped in the city of Leningrad by the besieging Nazi German and Finnish troops, written by the family’s youngest member, a 12-year old girl. 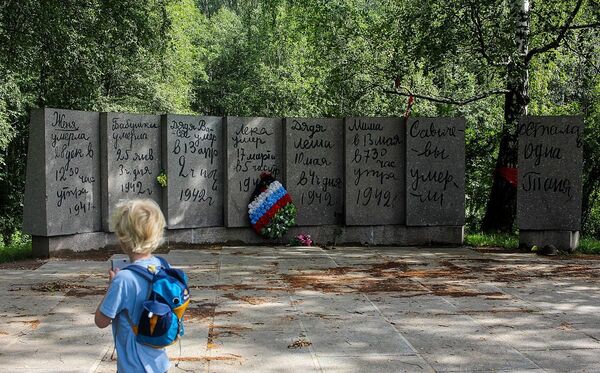 Yevgeniya Savicheva was the first to perish. The eldest child of the Savichev family, born in 1909, she was working at a factory and, in spite of the severe workload, even insisted on donating blood for army hospitals. She failed to report to work only once – on the day of her death.

Even though she was well aware of the fact that her dystrophy was progressing and only immediate hospitalization could save her, Yevdokiya Savicheva chose to remain at home, insisting that the hospitals are already full. Feeling her impending doom, she asked others not to bury her until the end of the month so that the family could make good use of her monthly ration card.

Leonid Savichev, also known as Leka, was Tanya’s older brother. A talented worker and a gifted amateur musician, he wasn’t drafted due to his myopia but like many other Leningrad residents kept working in a factory in spite of his worsening condition, until severe exhaustion and malnutrition finally claimed his life.

Vasily Savichev, Tanya’s paternal uncle, turned 56 in 1941 and wasn’t drafted due to his age. A consummate bibliophile, he used his sizeable library as fuel to help keep the family warm – every book but one, a collection of ancient Greek myths, which he presented as a gift to Tanya.

By Spring 1942 Maria Savicheva, Tanya’s mother, was already suffering from severe scurvy. And unfortunately, even her daughter’s efforts (Tanya tried to obtain fresh vegetables to reverse her mother’s condition) weren’t enough to prevent her demise. 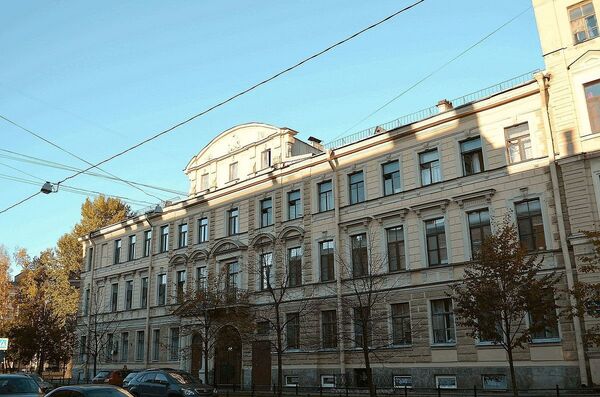 The Savichevs are dead. Everyone is dead. Only Tanya is left.

Tanya wrote the final entry on May 13, 1942, and never found out how wrong she actually was. Her brother Mikhail was away from the city during the beginning of the war. Trapped on a territory occupied by the Nazi forces, he joined a local guerilla squad to fight the invaders. Meanwhile, Tanya’s sister Nina, whom the rest of the family believed dead, was on fact evacuated along with the rest of the personnel at the plant she was working at – the surprise evacuation was so swift that she failed to send word to her relatives. 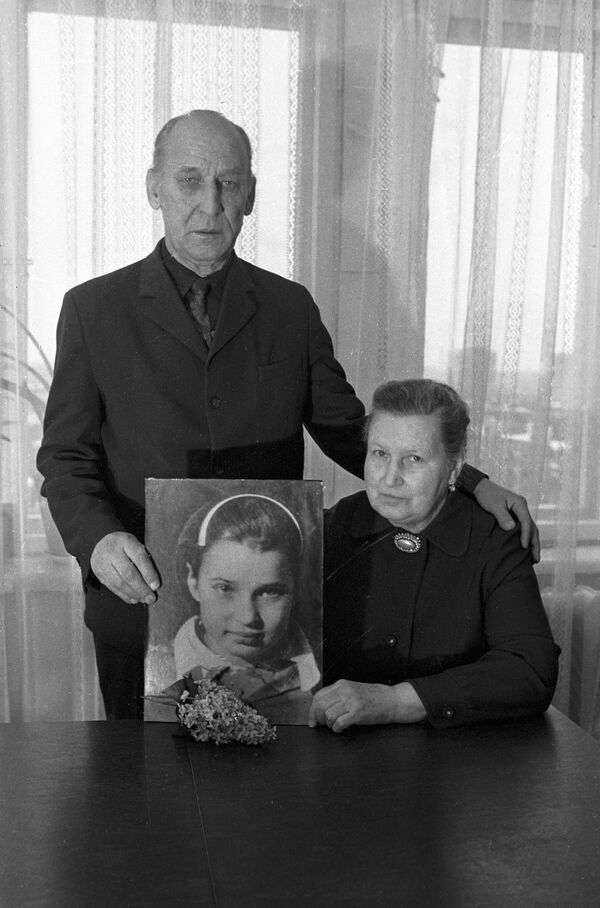 One of the few remaining photos of Tania Savicheva (1933-1944) held by Tania's survivors -sister Nina Savicheva (right) and brother Mikhail (left). During the Great Patriotic war (1941-1945) Tania Savicheva kept a diary about the life in besieged Leningrad. The diary was subsequently used as an indictment of fascism at the Nuremberg process in 1945
© Sputnik / Sputnik
/
Go to the photo bank

Both Nina and Mikhail survived the war and later returned to Leningrad, to discover the fate of their kin.

In August 1942 Tanya was evacuated along with over a hundred other children and sent to the Gorky Region (now Nizhegorodsky Region) for recuperation. But with her health already severely weakened by months of malnutrition, on July 1, 1944 Tanya died of intestinal tuberculosis. 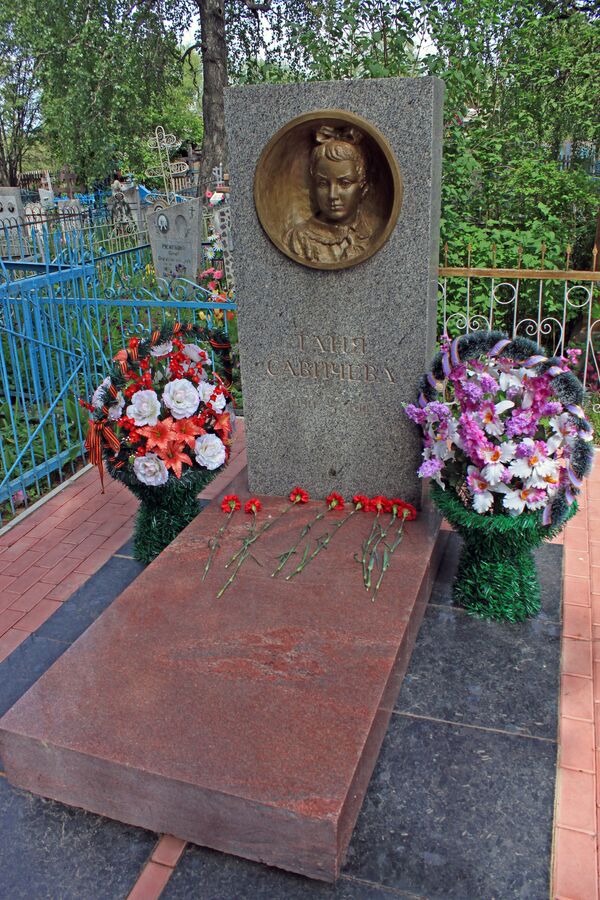 Her diary was eventually put on display at the State Memorial Museum of Leningrad Defense and Siege, and in 1968 a memorial complex, known as the Flower of Life, was erected in her honor – a tribute to the thousands of Soviet children whose lives were cut short by that terrible war.