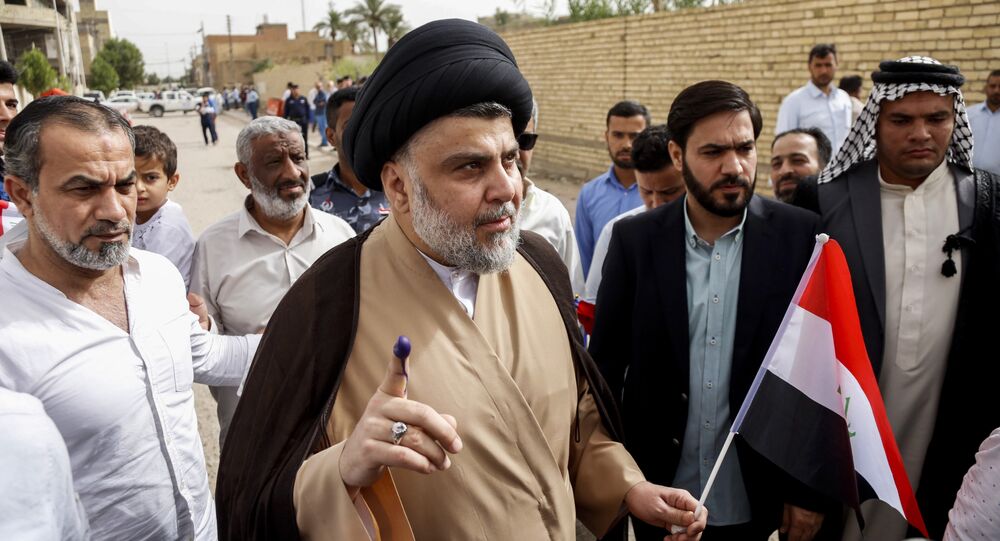 The outcome of the May 12 parliamentary vote in Iraq plays directly into the hands of Tehran, analysts told Sputnik predicting that Iran's influence in the region would increase as Iraq's leading Shiite parties are about to take the majority of the seats in the country's parliament.

© AFP 2020 / Haidar HAMDANI
Meet the Iraqi Shiite Cleric Whose Coalition Just Won the Country's Election
The journalist underscored that one should not expect that Iraqis turn to the US in the near future since they still regard the Americans as invaders and occupants.

© AP Photo / Karim Kadim
What You Need to Know About Parliamentary Election in Iraq
He noted that Iraq has undergone a serious political crisis triggered by Daesh terror actions and social-economic problems in the country including corruption and unemployment. The Iraqi Kurdistan independence issue was yet another bone of contention. The aforementioned problems paved the way for new political leaders.