The US has unwittingly triggered a reset in relations between Russia, China and India, bringing the three closer together, Sputnik political observer Dmitry Kosyrev notes, commenting on the April 24 summit of the Council of Foreign Ministers of the Shanghai Cooperation Organization (SCO) in Beijing.

Following the talks between Foreign Minister Wang Yi and Indian External Affairs Minister Sushma Swaraj, Wang announced that President Xi Jinping and Prime Minister Narendra Modi will hold an informal meeting on April 27-28 with the focus on the world's profound changes and a long-term cooperation strategy.

For his part, Foreign Minister Sergei Lavrov emphasized that a "comprehensive partnership and strategic cooperation with China is a key priority of Russia's foreign policy" during a meeting with his Chinese counterpart on April 23.

© AFP 2019 / INDRANIL MUKHERJEE
Trade Tensions With US Open Door for China to Mend Ties With India
"We have witnessed the first multilateral international meeting after an economic (and sanctions) attack launched against two members of the SCO — Russia and China — this spring," Kosyrev pointed out.

It is hardly surprising that under the current circumstances Russia, China and India are teaming up and openly voicing their position, the journalist noted, in reference to US President Donald Trump's tariff war unleashed on China in March 2018, a new package of anti-Russian sanctions announced by Washington on April 6 and the US-led coalition's April 14 missile strike on Syria under the pretext of an alleged chemical attack in Douma on April 7.

"Both parties agree that the missile strike on Syria delivered by the United States and its allies was a flagrant violation of international law," Lavrov stated at a joint press conference with Wang.

However, while the position of both Moscow and Beijing was clear from the outset, New Delhi's response to the US attack was less categorical: India has urged all parties involved to show restraint and call for an impartial investigation into the alleged Douma strike.

According to Kosyrev, India has never been interested in crossing swords with Washington. At the same time, New Delhi has viewed the development of the Beijing-led One Belt One Road initiative with suspicion as it involved India's longstanding geostrategic rival and China's partner — Pakistan. The China-Pakistan Economic Corridor (CPEC) has become nothing short of an apple of discord between Beijing and New Delhi. On the other hand, tensions remain high between the two Asian giants over their activities in the Indian Ocean and the South China Sea. 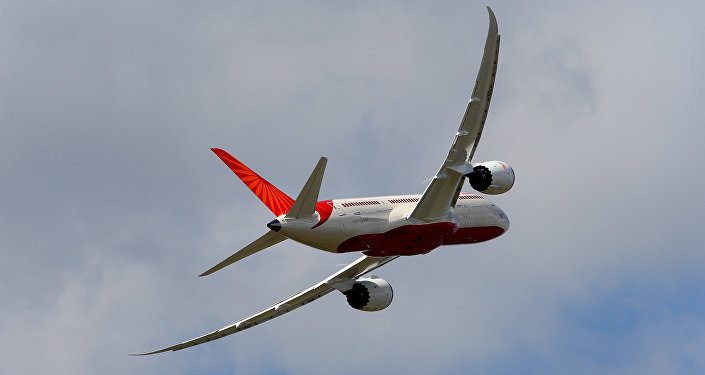 © REUTERS / Pascal Rossignol
India to Establish Air Corridor With Landlocked Mongolia to Boost Trade
Additionally, less than a year ago observers predicted that New Delhi and Beijing would get bogged down in border disputes, presuming that the Russia-China-India alliance would eventually fall apart at the seams, Kosyrev remarked, adding that the upcoming April 27-28 summit in Wuhan, capital of central China's Hubei Province indicates quite the opposite trend.

The question then arises as to why New Delhi has taken steps towards Beijing, regardless of the differences of opinions.

Commenting on the issue Kosyrev presumed that India does not want to become Washington's tool in the US' geopolitical game against China. "This is the question of a strategic prudence," the journalist presumed.

"Like China, India does not hail trade wars, especially at a time of rapid economic growth," Kosyrev noted. "They will deprive the two powers of the prospects [of development]. Had the US not 'attacked' China (and Russia) the Indians would have probably stood aside. And now America has brought them closer, gaining exactly the opposite to what it wanted." 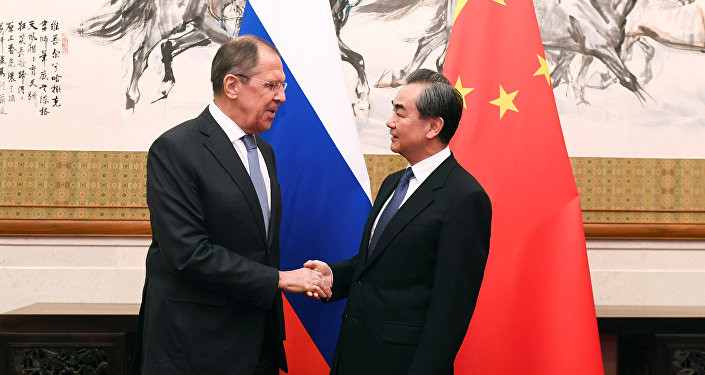 He opined that amid the ongoing tariff war with the US "China's confrontation with India would be tantamount to getting besieged from all the sides, and would certainly not augur well for China's security as well as economic interests."

At the same time, "there could be immense opportunities for India's exports," the academic noted suggesting that India could get larger access to the Chinese market especially when it comes to "agricultural products including soybeans and other competitive products from India's IT and pharma industries."

According to the Chinese media outlet Global Times, "the recent China-US trade conflict… [has] remind[ed] China, India and other countries with dreams of rejuvenation that China and India still need strategic unity in order to reshape the old international political and economic order."

"China and India must build a new strategic framework that faces the future," the media outlet highlighted.

After the Wuhan summit, India, Russia and China's leaders will meet within the framework of the annual SCO summit in China's eastern coastal city of Qingdao on June 9-10.