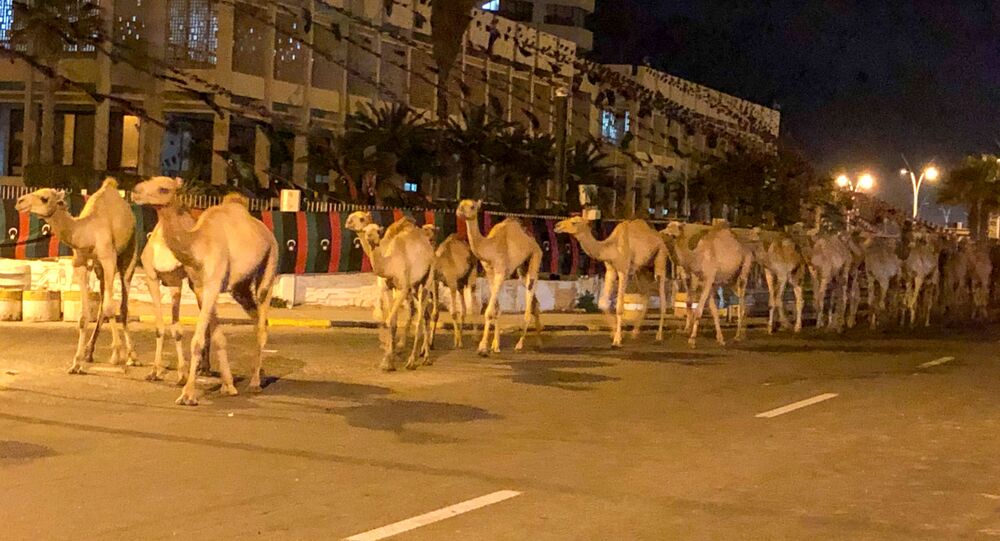 The long-running conflict between the two competing governments in Libya continued to escalate this week, with the Libyan National Army (LNA) shelling Tripoli’s port and airport infrastructure and demanding that Turkey immediately end its growing involvement in the conflict.

Some 3,000 Australian camels have been evacuated out of Libya’s largest city under cover of night after the port they were being held at was subjected to LNA artillery fire, Reuters has reported, citing a local merchant.

Video footage of the scene shows a seemingly endless herd of the dromedaries being walked out of the Government of National Accord (GNA) capital, with the camels taken west to the city of Zawiya, some 45 km outside Tripoli.

3,000 thousand camels imported from #Australia🇦🇺 have been walked out of #Libya’s 🇱🇾 capital #Tripoli in an overnight evacuation after the port where they arrived came under #Haftar artillery fire

A trader from Zawiya city had to evacuate 3,000 of imported camels from Tripoli port following rocket attacks of warlord Haftar on the port on Tuesday pic.twitter.com/WTzT3NMn4P

Security forces established roadblocks to ensure the camels’ safe passage. However, according to the vendor, about 125 of the animals were stolen by a local militia along the way.

The camels were reportedly bought at bargain prices from Australia by a Zawiya businessman. According to Reuters, the camels were originally meant to be transported to the western city in trucks. However, LNA forces’ shelling of Tripoli’s port and airport infrastructure this week forced a hasty change of plans Wednesday night.

Australia’s feral camel population became a major problem for the country in recent months due to the unusually hot temperatures caused by intense bushfires, with the animals making their way into human settlements and damaging infrastructure, buildings and local vegetation in a desperate search for water. The wildfires prompted the Australian government to cull over 10,000 camels overrunning the drought-stricken areas of southern Australia, with the slaughter carried out by sharpshooters aboard helicopters.

The nearly decade-long civil war in Libya took a turn for the worse in recent weeks as Turkish troops and mercenaries began flooding into the country to shore up the GNA government. On Thursday, Khalifa Haftar, commander of the Tobruk-government allied LNA, warned that Turkey’s efforts to build up the strength of the Fayez Sarraj government using Turkish equipment and mercenaries was a violation of the ceasefire, and warned that Libyans had the right to confront Turkish aggression.

Once one of the wealthiest countries in Africa, Libya degenerated into a foreign-backed civil conflict in 2011 after the toppling and murder of longtime Libyan leader Muammar Gaddafi in a military campaign backed by NATO airpower. Since then, the country turned into a classic failed state of competing militias, criminal gangs and terrorist groups. The North African nation now has two competing governments – with the east controlled by an elected parliament, and the west controlled by the GNA, backed by the UN and the European Union.