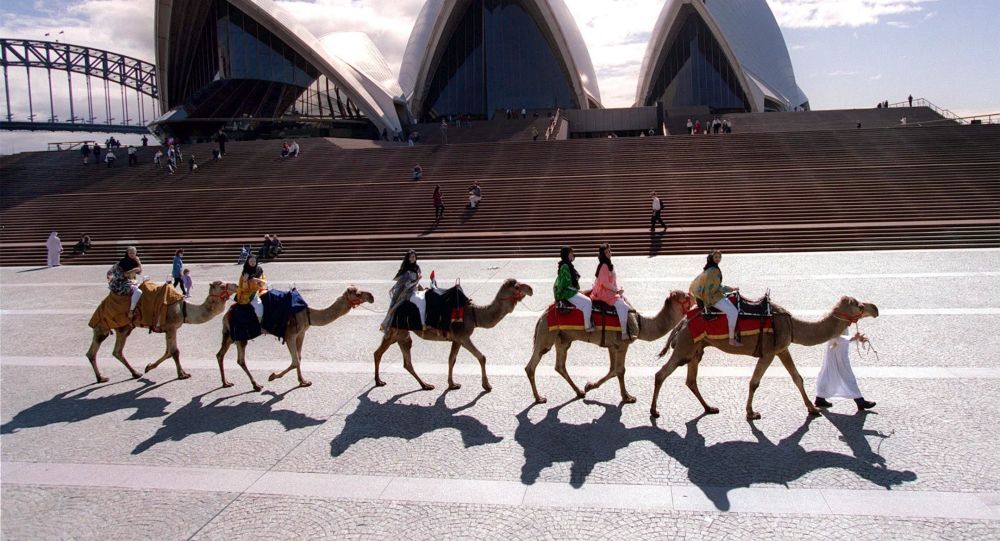 The bushfire crisis in Australia is getting worse day by day. Nearly half a million animals have likely been killed or displaced by the blazes, but humans will also have a hand in bringing down the animal population.

The Australian government will cull over 10,000 camels that are overruning the drought-afflicted southern parts of the country.

The operation is set to begin on Wednesday and is expected to take around five days. The camels’ bodies will be left to dry off, where possible, before they are burnt or buried.

Aboriginal leaders of the Anangu Pitjantjatjara Yankunytjatjara (APY) Lands in the state of South Australia have approved the slaughter, which is set to be carried out by shooters from helicopters.

“We have been stuck in stinking hot and uncomfortable conditions, feeling unwell, because the camels are coming in and knocking down fences, getting in around the houses and trying to get to water through air conditioners,’’ Marita Baker, an APY executive board member, told The Australian.

The water shortage aside, another concern is that the camel population pollutes the air – one million camels emit as much greenhouse gas as 400,000 cars. There are around 1.2 million feral camels in Australia – the world’s largest population of camels in the wild. They concentrate in the arid central part of the country but continue to spread southwards in quest for food and water.

A spokesperson for the Department of Environment and Water of South Australia told news.com.au that camels have dealt “significant damage to infrastructure, danger to families and communities, increased grazing pressure across the APY Lands and critical animal welfare issues as some camels die of thirst or trample each other to access water.”

“In some cases dead animals have contaminated important water sources and cultural sites.”

The government already culled around 160,000 camels in Central Australia between 2009 and 2013 to control their population. The non-profit Ninti One, which works with aboriginal communities, estimated that there were 750,000 camels in Australia in mid-2012.

The new culling comes at a time the nation is devastated by months-long bushfires. The blazes have already killed 25 people and caused mass evacuations; they resulted in the displacement or deaths of nearly 480 million mammals, birds and reptiles, according to the University of Sydney.