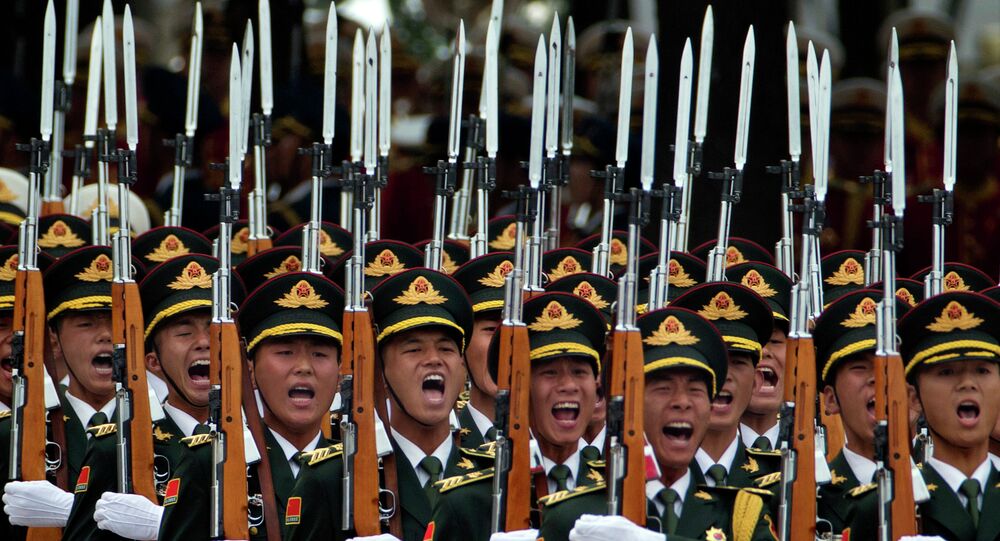 In May, Djibouti’s president announced that China was in talks for setting a military base in the small nation in the Horn of Africa. And though Beijing has declined to confirm the reports, the news has already raised some concerns in Washington.

© Sputnik / Sergey Guneev
China Goes Global: Space, Sea, Polar Regions Added to Draft Security Law
As a fairly stable country positioned between Yemen and Somalia, Djibouti plays an important strategic role for the US. The country additionally overlooks the Bab al-Mandeb straits, one of the busiest shipping lanes in the world.

The US military’s headquarters in the region, Camp Lemonnier, is based in the country and is used for covert operations, including anti-terror, in Yemen, Somalia, and across Africa.

Djibouti’s port has been used by European and other navies, including China’s, to fight against piracy from neighboring Somalia. Japan and France also have military bases located there.

In an interview with AFP in May, President Ismail Omar Guelleh said that China is in negotiations with his country to set up a military base in the strategic port.

"France’s presence is old, and the Americans found that the position of Djibouti could help in the fight against terrorism in the region," he said. "The Japanese want to protect themselves from piracy – and now the Chinese also want to protect their interests, and they are welcome."

Beijing has become a key economic partner to Djibouti in recent years. In 2014, Guelleh switched a port operating contract to a Chinese company from a Dubai-based operator when the latter was accused of corruption.

When asked about the base at a monthly news briefing, Chinese Defense Ministry spokesman Yang Yujun declined to confirm, saying only that both countries have a friendly relationship and that both were interested in regional peace and security.

"Over the past few years both countries’ friendly cooperative relationship has kept on developing, and in all areas there is practical cooperation," Yang said.

"What needs to be explained is, maintaining regional peace and stability accords with all countries’ interests, and it is the joint desire of China, Djibouti and all other countries in the world," he added. "China is willing to, and ought to make even more contributions in this regard."

The reports come as the United States raises concerns about an expanding Chinese “sphere of influence,” and as officials grow wary about the prospect of having US and Chinese bases side-by-side in Djibouti.

In May, ahead of Secretary of State John Kerry’s visit to Djibouti, a US congressman warned that Washington’s interests in Africa may be jeopardized by China’s “worrisome” and expanding presence there. Rep. Randy Forbes, the chairman of the seapower subcommittee of the House Armed Services Committee, also issued a statement on May 11 echoing similar concerns, saying "China’s determination for permanent bases far outside their traditional area of influence should remind Washington that Beijing sees itself as a global power."

According to the BBC, China is looking to install its military base in Djibouti’s northern Obock region, which means it will overlook the US military installations there.  The base’s installation will also bring in $100 million, slightly more than the US’s annual $63 million.

Djibouti Accused of Assisting in Secret US Operations in Africa