Video: Rockets Hit US Military Base in Eastern Syria Day After US Airstrike on Militia 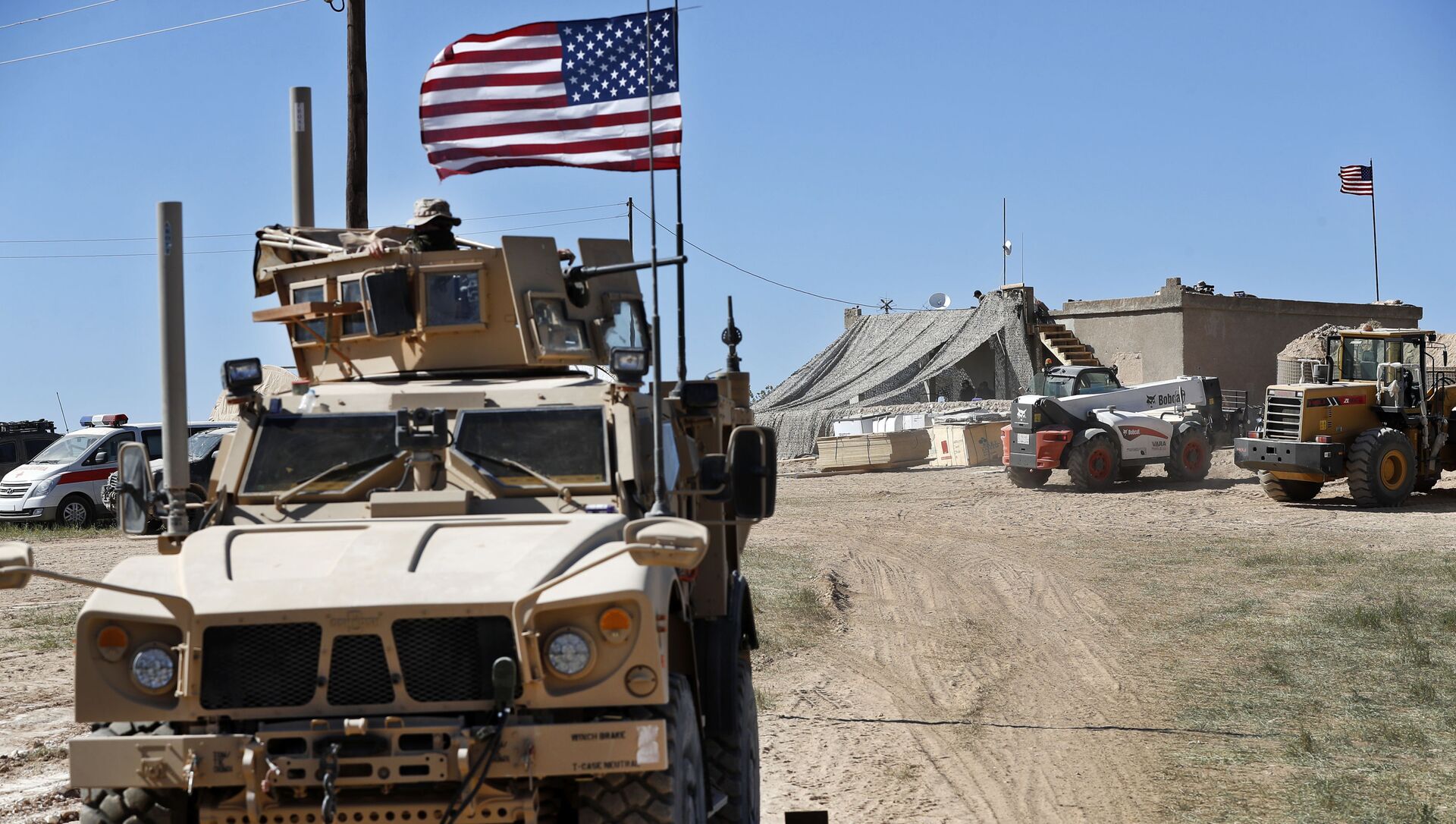 © AP Photo / Hussein Malla
Subscribe
International
India
Africa
Morgan Artyukhina
All materialsWrite to the author
Hundreds of US troops have remained in Syria long after the territorial defeat of Daesh, officially claiming to be supporting Kurdish militias fighting scattered Daesh elements. However, in 2019, then-US President Donald Trump admitted US forces were in Syria "only for oil," which has been spotted being shipped out in overnight truck convoys.

The day after US Air Force airstrikes targeted a militia group on both sides of the Iraq-Syria border, a rocket attack has been reported against a US base in eastern Syria.

According to local reports, the base under attack is adjacent to al-Omar oil field in Deir-ez-Zor Governorate, Syria's largest oil field, and at least eight rockets fell on the base. The identity of the attacking force is unknown.

US Col. Wayne Marotto, a spokesperson for Operation Inherent Resolve, the US-led mission against Daesh, said Monday that no injuries or damage to the base by the attack have been reported. He added that US troops at the base "acted in self-defense and conducted counter-battery artillery fire at rocket launching positions."

Update: U.S. Forces in Syria, while under multiple rocket attack, acted in self- defense and conducted counter-battery artillery fire at rocket launching positions.

​Video and photos circulating on social media purport to have captured the bombardment from afar.

BREAKING: Multiple rocket launcher (MLRS) fired by Iran-backed forces against US base in Omar oil field in Syria pic.twitter.com/7BUMlNeDWb

Confirmed by Ayn al Furat: Iranian-backed militiamen have (and are) shelling the American base in Omar Oil Field. pic.twitter.com/GpTurdurV2

Roughly 900 US troops have remained in eastern Syria after the defeat of Daesh in support of Kurdish militias, which has denied the Syrian government of Bashar al-Assad the ability to exert control over a considerable part of Syrian territory, in which nearly all of the country's petroleum deposits are located.

​The incident comes just a day after three US airstrikes rocked the region: two in Iraq and one in Syria allegedly targeted “facilities used by Iran-backed militia groups," the Shiite militias Kata'ib Hezbollah and Kata'ib Sayyid al-Shuhada. At least four people were killed. The strikes, authorized by US President Joe Biden, are his second since taking office in January. Another strike in the same area was authorized in February after an Iraqi base in Erbil that houses US troops came under attack. Both sets of strikes have been against militias that are part of the Hashd ash-Shabi (Popular Mobilization Forces), Iraq's paramilitary corps established in 2014 to fight Daesh.

The PMF has denied having any such depots in the areas the US claimed to have struck.

Following the Sunday strikes, the Iraqi government condemned US actions, with a spokesperson telling Sputnik that the strikes were a "flagrant violation of Iraq’s sovereignty and national security" and pledging to investigate.