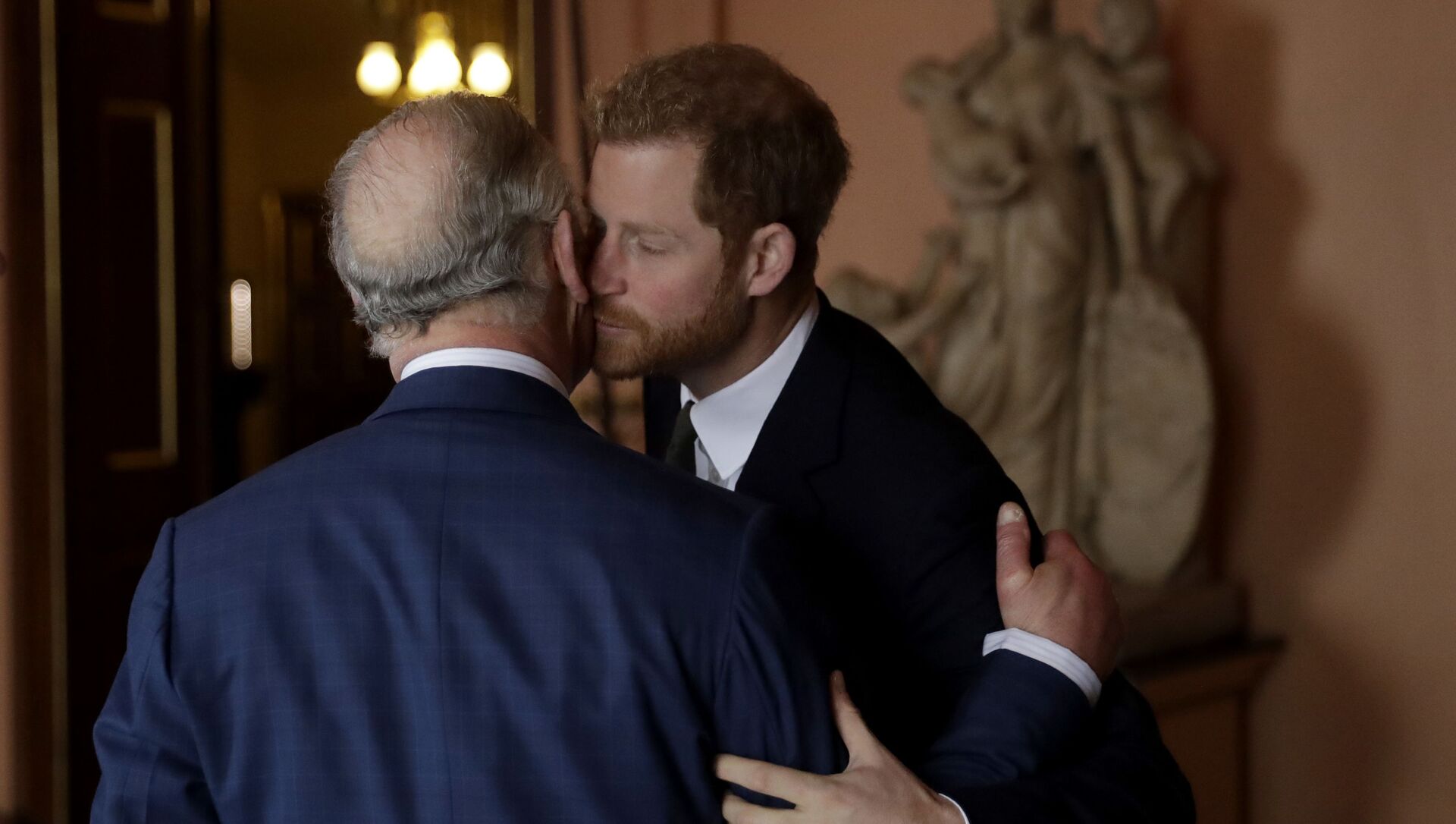 © AP Photo / Matt Dunham
Subscribe
Svetlana Ekimenko
All materialsWrite to the author
Prince Harry had stated in the bombshell Oprah Winfrey interview he sat down for with his wife Meghan Markle that he had been financially cut off from his family in the 'first quarter' of last year after the couple stepped down as working royals, forced to live off money left by his mother, the late Princess Diana.

Royal accounts show that Charles, Prince of Wales, continued to bankroll Prince Harry and Meghan Markle, handing over a “substantial sum” for months after they sensationally stepped away from life as working royals, reported the Daily Mail.

As Clarence House and Buckingham Palace opened up their yearly financial accounts on Wednesday, statements made by Prince Harry during the Oprah Winfrey interview, where he suggested that his family “literally cut me off financially” in the “first quarter” of last year are now called into question. 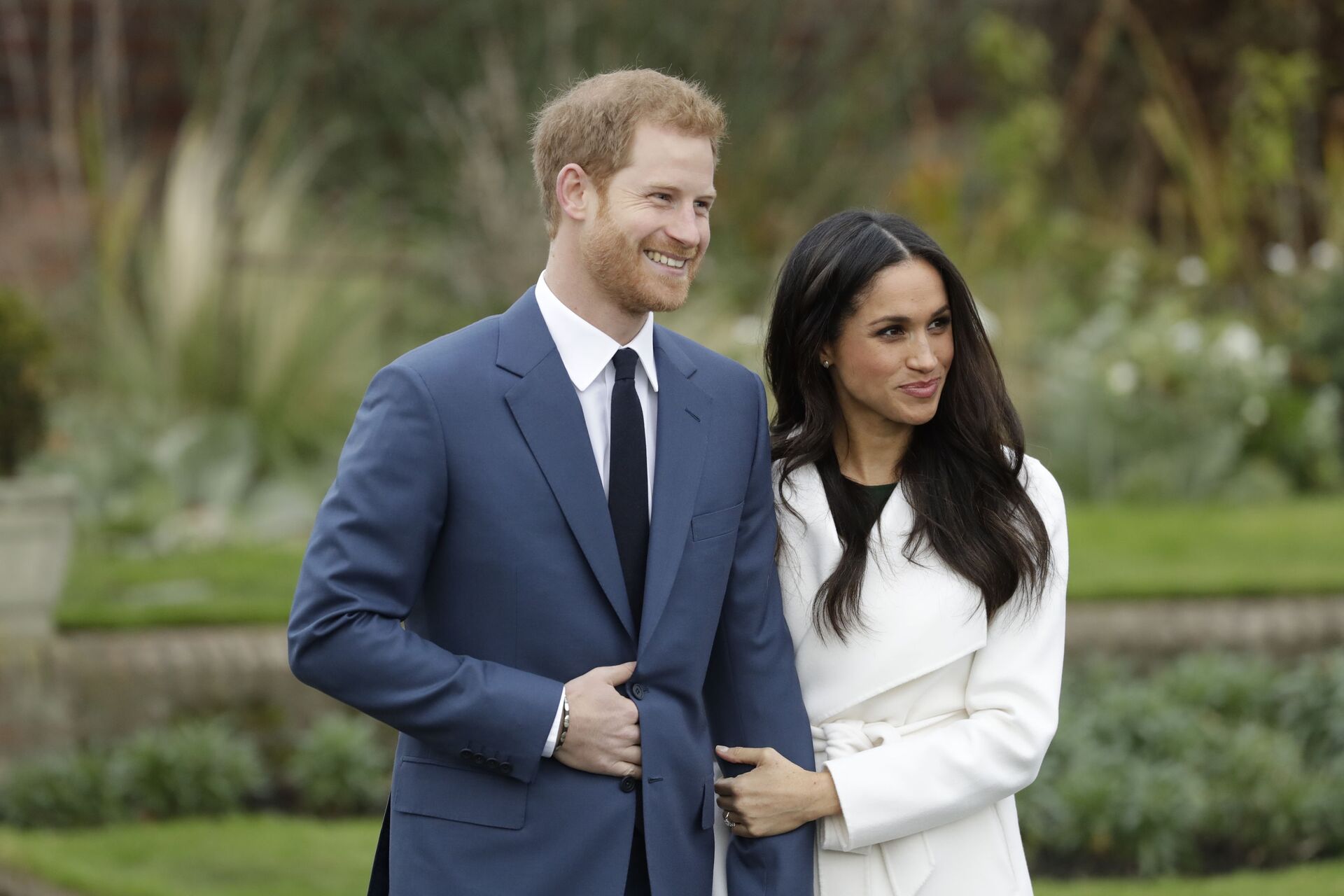 Britain's Prince Harry and his fiancee Meghan Markle pose for photographers during a photocall in the grounds of Kensington Palace in London, Monday Nov. 27, 2017
© AP Photo / Matt Dunham

The royal accounts show that until the summer of 2020 the Duke and Duchess of Sussex were still listed as receiving money from Prince Charles's Duchy of Cornwall income, despite quitting the monarchy at the end of March last year.

Clarence House's annual review revealed that the heir apparent to the British throne’s bill for the activities of his sons, the Duke of Sussex and the Duke of Cambridge and their families, plus Prince Charles’ other capital expenditure and transfer to reserves in 2020/2021 stood at £4.4 million.

The independently audited accounts show the sum is smaller than from the previous year, when the Sussexes were still working royals. The bill for 2019/2020 was £5.6 million. The yearly fiscal report offered no detailed breakdown of the figures.

A senior Clarence House spokesman was cited as saying:

“As we'll all remember, in January 2020 when the duke and duchess announced that they were going to move away from the working Royal Family, the duke said that they would work towards becoming financially independent. The Prince of Wales allocated a substantial sum to support them with this transition. That funding ceased in the summer of last year. The couple are now financially independent.”

When asked to comment on the apparent inconsistency of the fiscal report with Prince Harry’s recent statements, the spokesperson added:

“I wouldn't acknowledge that they are dramatically different. All I can tell you are the facts.”

In the Oprah Winfrey tell-all interview in March, Prince Harry and Meghan Markle spoke about their life inside the Palace and made several sensational allegations against the Royal Family.

The Duke of Sussex said his father and brother were "trapped" inside the royal system, while the Duchess accused Buckingham Palace of spreading falsehoods about them.

Meghan Markle, who has a 2-year-old son, Archie, with Prince Harry, and recently gave birth to her second child, daughter Lilibet, had hinted during the sit-down that one member of the family was racist. 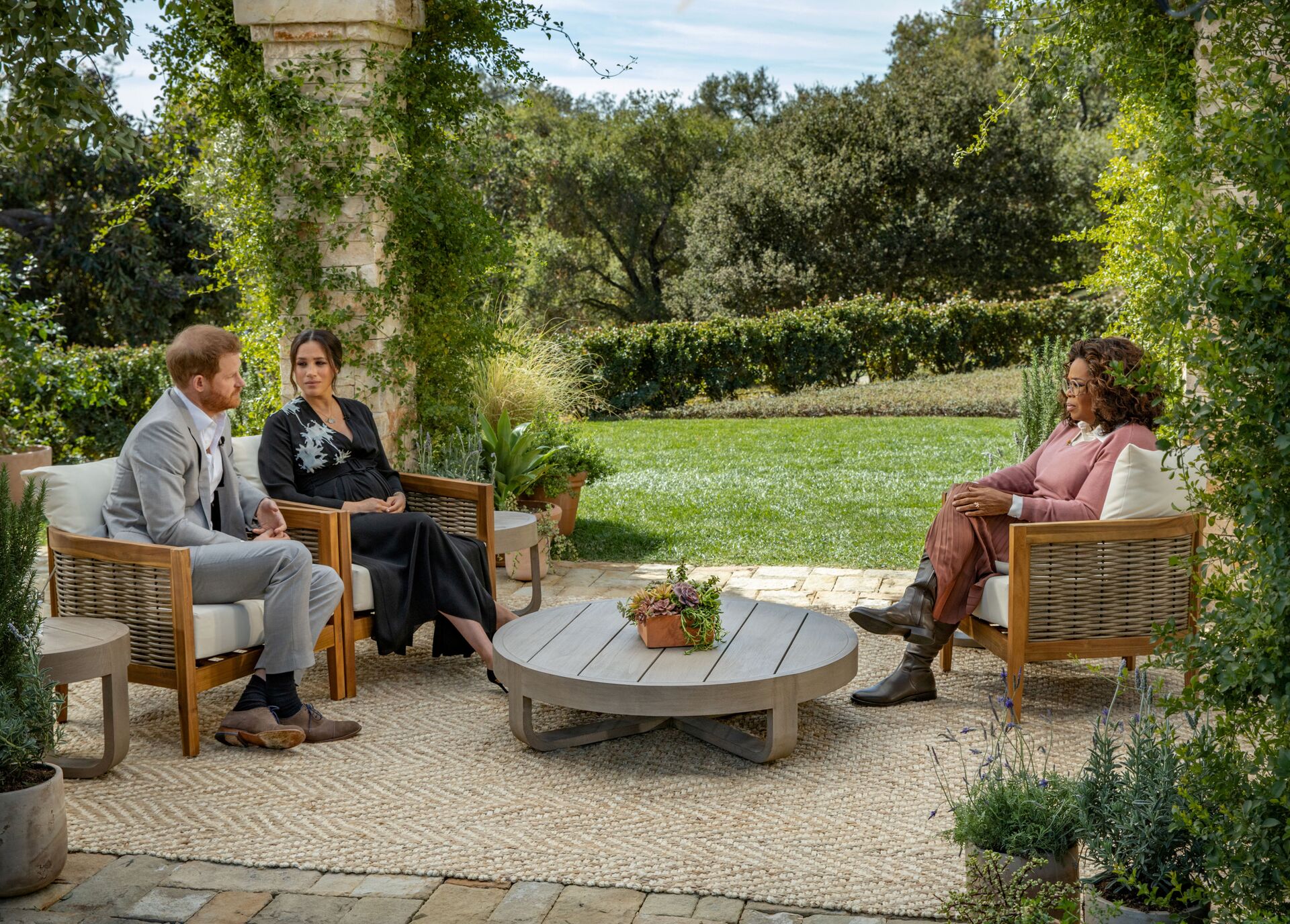 Also in the interview Prince Harry claimed that when the couple moved to North America, they had to live on what his late Mother, Princess Diana of Wales, had left him. “Without that we would not have been able to do this”, said Prince Harry, referring to the sum of around £7 million.

In the couple's explosive interview, the Duke of Sussex stated:

“My family literally cut me off financially and I had to afford security for us... in the first quarter of 2020… I think she [my mother] saw it coming. I certainly felt her present throughout this whole process.”

After stepping away as working royals, the couple emigrated first to Canada and then to California. There they acquired an £11 million family home in Montecito and set up their own film and audio company, as well as their Archewell Foundation, writes the outlet. Prince Harry and Meghan Markle have since struck multi-million-pound deals with Netflix and Spotify.

000000
Popular comments
What did you expect, all is maintained according their plan and every single part of their story you read about is part of it..