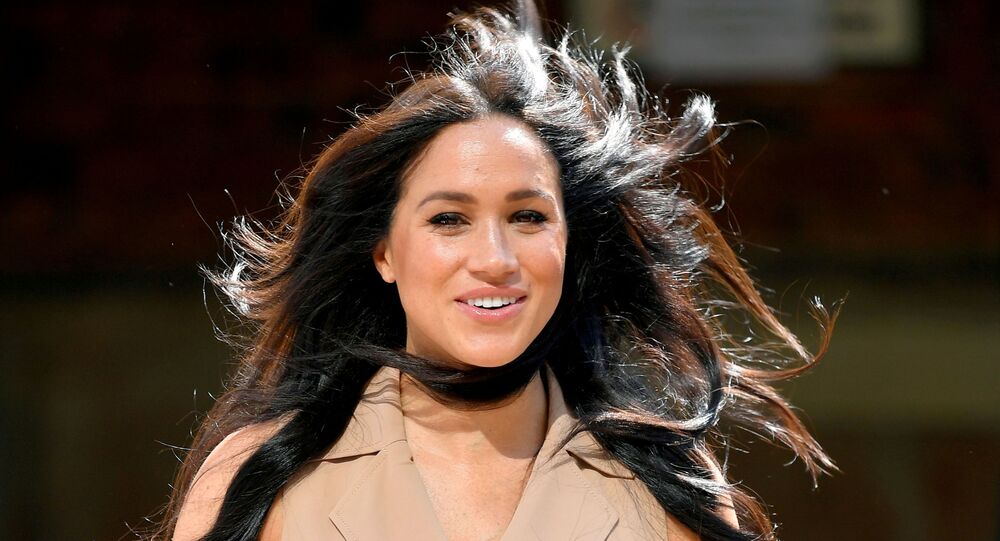 The Duchess of Sussex’s newly-penned book "The Bench" has recently become a New York Times bestseller, but it's now been revealed that it's not her first literary exploit.

It turns out Meghan Markle wrote another masterpiece in support of inclusivity when she was 13 or 14 years old.

In an unearthed eighth grade book titled "A Face Without Freckles… Is A Night Without Stars," teen Markle claimed that she “would not truly” be herself without freckles, which some people apparently found weird.

“Some people think freckles are strange, while I happen to disagree, because if I didn’t have freckles, then I would not truly be me!!!” she wrote, accompanying the rhyme with a colourful drawing.

The book was written for a project at Immaculate Heart High School in LA, where Markle studied. It was submitted to the US Copyright Office in January 1996 and was left in archives until found by the 14th Librarian of Congress Carla Hayden and shared on Twitter.

The tweet was also shared by the Sussexes’ biographer and pal Omid Scobie, who said that the book was “dedicated to her [Markle’s] freckles."

“Some people think freckles are strange,
while I happen to disagree,” she wrote. “Because if I didn’t have my freckles, then I would not truly be me!!!” https://t.co/XhLB40dVOI

​According to the shared pics of the book, the "About the Author" section describes Markle as someone who “enjoys watching television, spending time with her friends, and participating in musical comedies."

In the note, the future royal also thanked her “mommy” and “daddy” – her now estranged father Thomas Markle – for supporting her.

This is the duchess' second book after best-selling children's book "The Bench" – published in June and dedicated to a father-son relationship. In her first interview since the Sussexes' bombshell Oprah Winfrey "tell-all," Markle explained to NPR that the book, which includes watercolour illustrations by Christian Robinson, is about representation and inclusivity,

"Growing up, I remember so much how it felt to not see yourself represented," Markle said. "Any child or any family hopefully can open this book and see themselves in it, whether that means glasses or freckled or a different body shape or a different ethnicity or religion."

The Bench has a 3.53 rating on Good Readers and now tops the New York Times bestseller list.