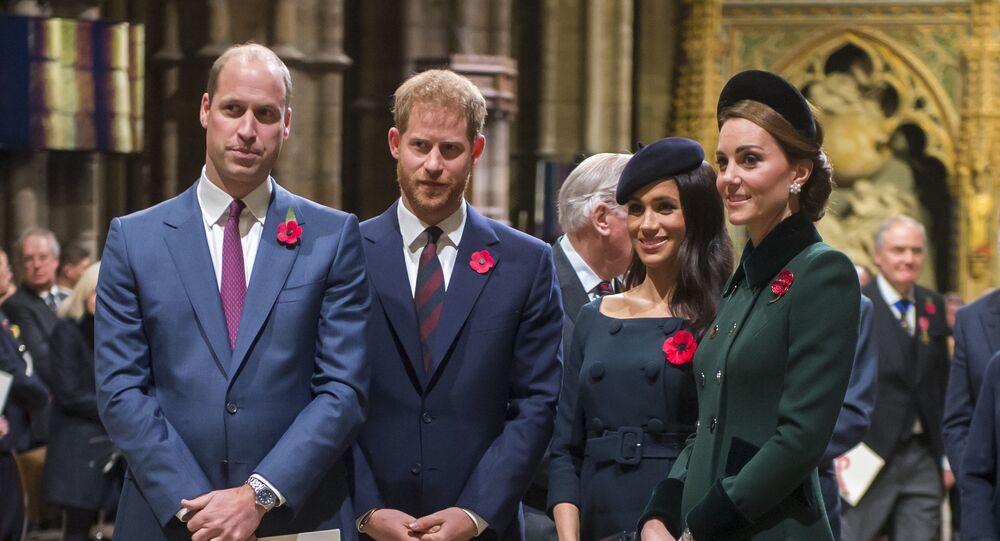 The Duke and Duchess of Sussex, who welcomed their second child Lilibet Diana Mountbatten-Windsor on 4 June, have been unwilling to share the baby’s photo with the press (so far).

The British Royal family is apparently being kept up to date about the life of runaway Prince Harry and his kids thanks to a WhatsApp group for extended family members, the ET has learned.

It was through the group that the "Firm" saw Lilibet Diana, the Queen’s eleventh great-grandchild, for the first time, after the happy couple shared her photo shortly after she was born. Photos of Archie, the couple’s two year old son, are also occasionally posted on the group. It's not clear how many royals are in the thread or if the Queen, 95, is involved.

Lilibet "Lili" Diana was born at Santa Barbara hospital on 4 June at 11:40 am, but the world only learned about her birth two days later when the Sussexes announced they had decided to name her after both Her Majesty and Harry’s late mother Princess Diana. "Lilibet" was the Queen’s childhood nickname used by her husband Prince Philip, who recently passed away at Windsor Castle.

Despite reports that the Queen was not consulted about the use of her private moniker by the Sussexes – who have been accused of attempting to “secure their brand” by choosing the name – the couple’s spokesperson hit back saying the Queen was the first person they called after Lili was born. If Her Majesty hadn’t approved the name, they would have never used it, the couple argued.

Publicly, the royal family said that they were “delighted” to learn about Lili’s birth and wished the couple “all the best” through Prince Edward, Harry’s youngest uncle.

Kate Middleton, Prince William’s wife who has reportedly stayed very close to her brother-in-law Harry and been described as an “intermediary” in the family rift , also wished her newborn niece “all the very best."

“I can't wait to meet her. We haven't met her yet. I hope that will be soon,” the Duchess of Cambridge said last week.

Harry and Meghan ditched their senior royal posts last year to pursue financially independent lives at their £11m mansion in California. Since then, they have given a series of bombshell interviews discussing their struggles as royals that left their British relatives quite “sad,” according to Prince Edward.