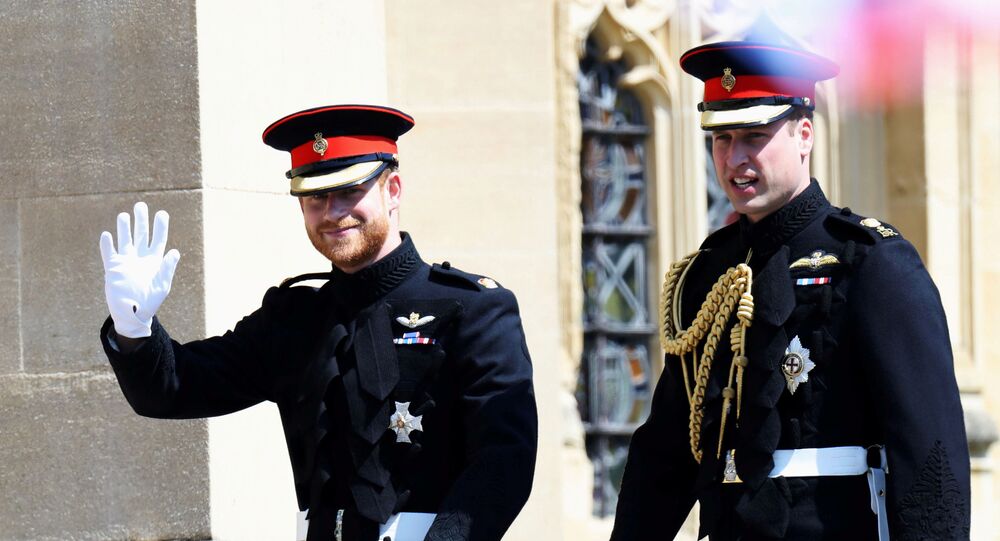 The dramatic split in the British royal family, also known as 'Megxit,' began after the UK's Prince Harry and his American wife, Meghan Markle, withdrew from their duties as royals. The scandal gathered pace as the couple made what many at Buckingham Palace interpreted as unpleasant allegations regarding senior royals.

Prince Harry agreed to the bombshell interview with Oprah Winfrey less than 24 hours after he was told that he would be stripped of his military rank as part of the 'Megxit deal,' The Sun reported on Sunday, citing an anonymous source.

“There was a bust-up just before Oprah, but it wasn’t to do with Archie’s title. That had been known and discussed for quite a while. Harry and Meghan were very cross before Oprah because the final Megxit separation had just been signed off which included Harry not keeping military roles,” the source said.

The paper suggested that this was a particularly sensitive issue for him, as the Duke of Sussex was a Captain in Afghanistan, and in part triggered the prickliness towards the British royal family.

“His military roles were very important to him, given that he served,” the source noted.

According to the paper, on 12 February, the Queen revoked three of his ranks – Captain General Royal Marines, Honorary Air Commandant of RAF Honington in Suffolk and Commodore-in-Chief Small Ships and Diving.

Sources also claimed that the military roles were stripped due to fears that they could be used to promote a number of Netflix documentaries and other shows in which Prince Harry was participating.

Earlier, media reports suggested that Prince Harry was outraged at the fact that his son, Archie, would not be a prince when Prince Charles becomes king, but sources told the Sun that a decision would not be made until after the Queen’s death.

In early 2020, Prince Harry and his wife Meghan Markle stepped down as members of the royal family, and moved to the US. The Sussexes' relationship with the royal family in the UK worsened after a scandalous interview with Oprah Winfrey, in which the couple allefe dthat some senior royals made "racist" remarks towards their son, Archie, among others.