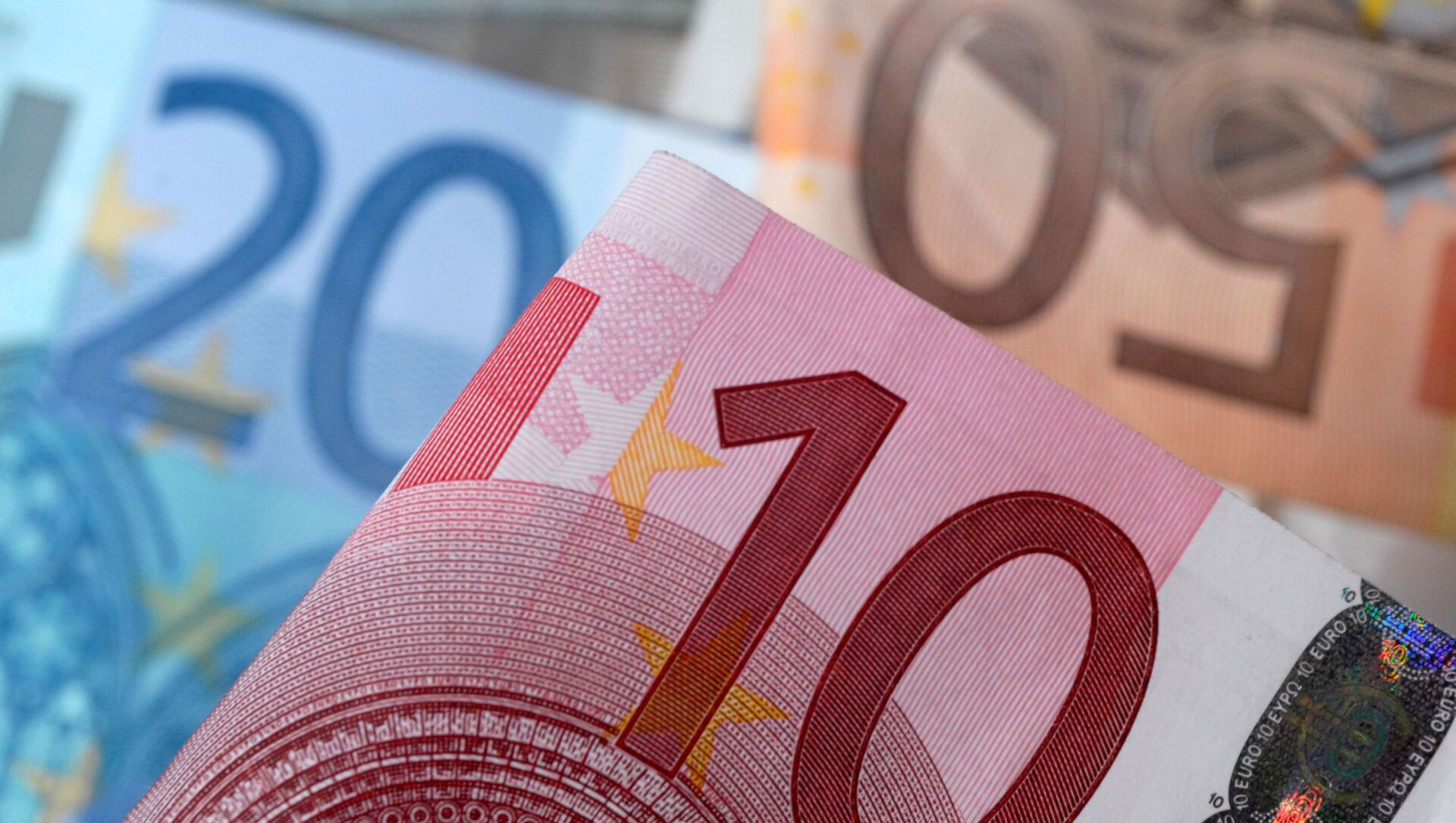 Tim Korso
All materials
In an era of increased interest in cryptocurrencies, both unregulated items, like Bitcoin, and "stablecoins", governments around the world are seeking ways of keeping up to date with modern trends. Several central banks are currently exploring the idea of introducing sovereign digital currencies.

The introduction of a digital euro, if it happens, will have a positive impact on both consumers and governments, a member of the European Central Bank's (ECB) Executive Board, Fabio Panetta has suggested in an interview with the Financial Times. The board member put a strong emphasis on the projected digital euro being able to better protect consumers' private data than any "stablecoin" – a privately issued cryptocurrency backed by real assets, unlike decentralised ones such as Bitcoin.

"If the central bank gets involved in digital payments, privacy is going to be better protected […] because we are not like private companies. We have no commercial interest in storing, managing, or monetising the data of users", the ECB board member stressed.

According to Panetta, the ECB believes that people's main concern when it comes to the digital euro is the erosion of privacy. He claimed that unlike privately established cryptocurrencies, such as Facebook's planned stablecoin Diem, no person in the transaction chain will have access to the full information about the transaction, meaning no one will be able to easily pin a specific transaction to a person.

He added that smaller transactions of up to 70 or 100 euros will be completely anonymous as they will be done via a Bluetooth connection between two devices. Larger transactions, however, will have some level of government oversight in order to prevent the use of the digital euro, an electronic version of the EU's currency, for money laundering and other illicit activities.

"A payment can be reconstructed [after the event] if the police want to assess whether there's been any illicit activity", Panetta explained.

In contrast to the planned digital euro, decentralised cryptocurrencies like Bitcoin or Ethereum, already provide complete anonymity for both sides of the transaction regardless of its size, at least to the point before a person decides to convert their cryptocurrency into an ordinary central-bank issued currency. This is why unregulated cryptocurrencies have recently been favoured by those involved in criminal activities, such as drug trafficking or ransomware and why many governments around the world, as well as the ECB, have considered ways of countering the decentralised cryptos – from outright bans to offering a centralised alternative.

"If people do want to pay digitally and we do not offer them a digital means of payment, somebody [else] would do that", Panetta elaborated.

The emergence and growing popularity of unregulated cryptocurrencies are perceived as a "threat" that can undermine the EU's monetary sovereignty, the member of the ECB's Executive Board stated. The digital euro might become the central bank's answer to this challenge, he explained.

Yet, its introduction is not a done deal as discussions are still underway. The initiative is opposed by commercial banks, which expect an exodus of client money in favour of digital euro tokens. Such a scenario might prompt a crisis due to the loss of liquidity. Fabio Panetta, however, assures that the ECB won't let the digital euro undermine commercial banks' stability too much. One of the planned ways to do that is by either limiting the amount of euros a person can hold in their digital wallet to 3,000 or by incentivising people against having sums above that limit, the ECB board member said.